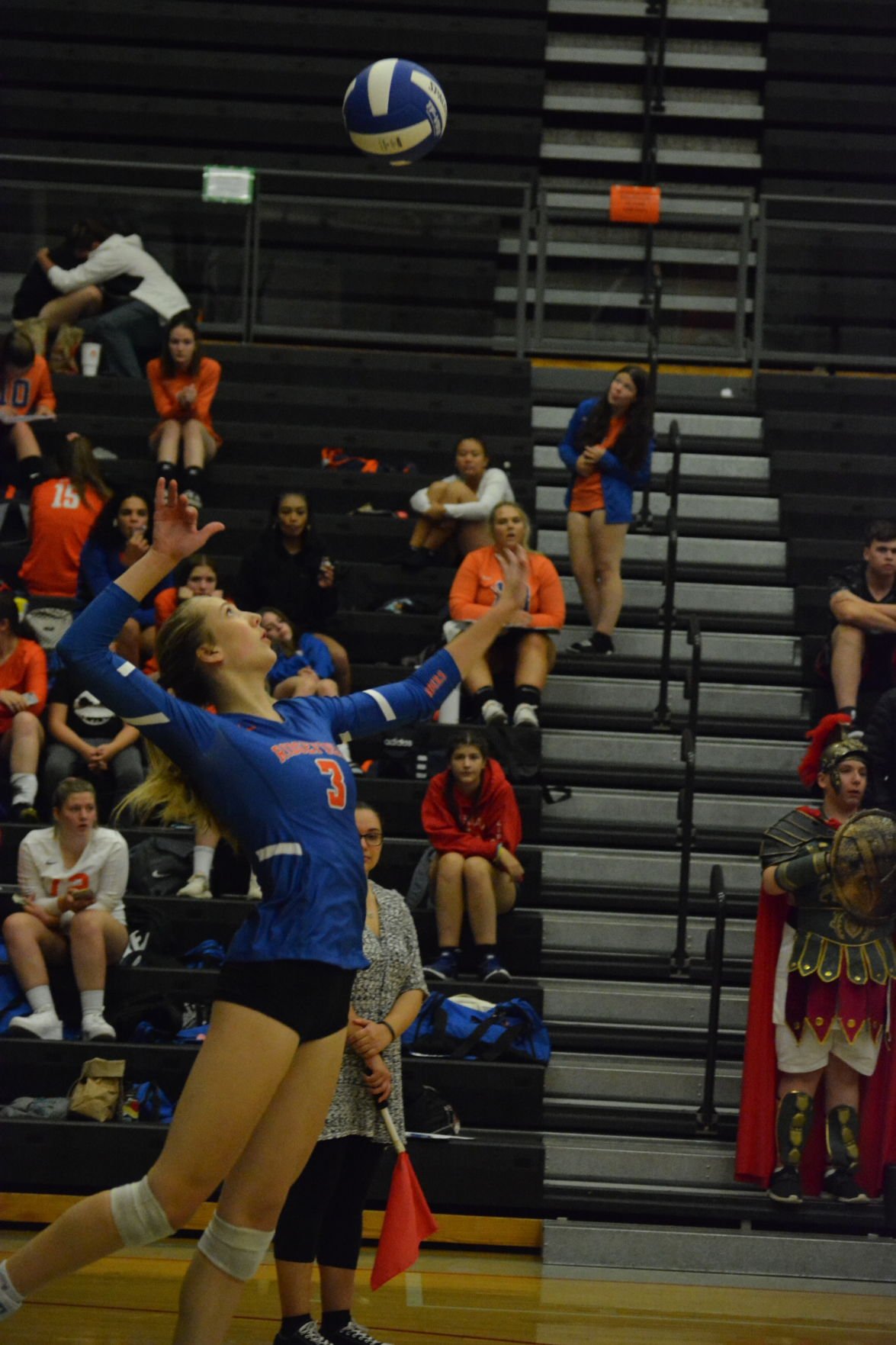 Delaney Nicoll, an outside hitter for Ridgefield High School, serves the ball during a match at Union High School. Delaney and the Spudders went 21-0 this season and won the state championship last month. 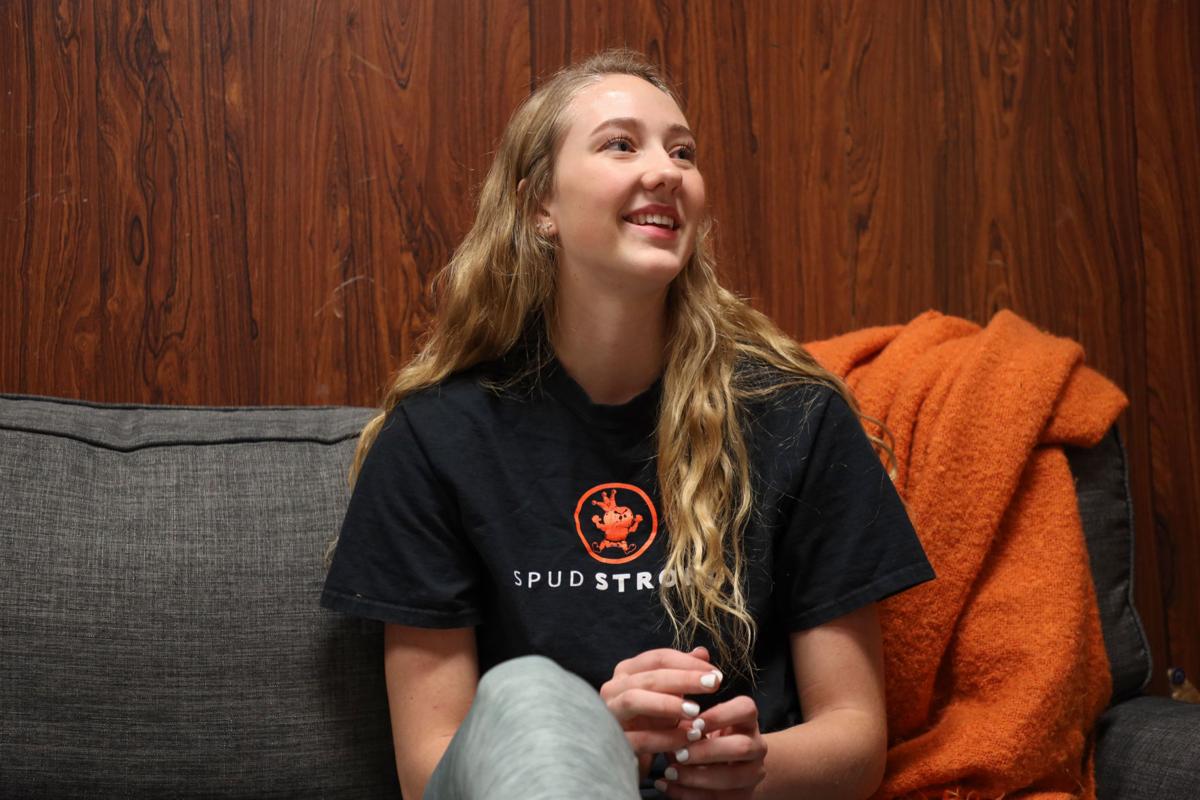 Delaney Nicoll, a senior at Ridgefield High School, was recently selected as the 2A State Player of the Year by the Washington State Volleyball Coaches Association. She will be attending the University of Idaho in Moscow to play volleyball next year.

For the second year in a row, the Ridgefield Spudders volleyball team brought home some first-place hardware at the 2A Volleyball State Championships this fall.

But that wasn’t the only repeat for the Spudders this year as 6-foot-1 senior Delaney Nicoll was awarded the 2A State Player of the Year by the Washington State Volleyball Coaches Association.

“Winning state our junior year was like more of a shock to us because we knew that we had a good team with potential to make it the whole way,” Nicoll said. “But we didn’t have that as a huge goal in mind considering we had never done something that cool before.”

Nicoll, an outside hitter for the team, said this year was a little different because they had the goal of winning the state championship in mind from the start.

“We were like, OK, we need to one up what we did last year, we need to do it even better,” she said.

The Spudders ended the 2019 season 21-0, with most games being settled in three or four sets and only one game going to a required fifth set.

“We had such a talented team. I’m so thankful for everyone on the team,” she said. “We had a great back row, great setters, so that really helped us throughout our season.”

Nicoll also attributed the season to a “mental toughness” and “focusing on one point at a time.”

“Focusing on one point at a time and one set at a time was a huge thing for us,” she said. ”When you focus on the whole game versus set by set you start to lose focus.”

Although Nicoll was given the award of Player of the Year she was quick to recognize her teammates on the court this year.

“I’m really thankful for my teammates and my coach. We had such a great season and I’m really proud of everyone and all the hard work they put in,” she said. “My team just deserves so much.”

Nicoll, a third-generation Ridgefield Spudder, has been playing club volleyball since the fifth grade. Before that, she played in community volleyball and attended volleyball camps.

“I used to play basketball, too,” she said, mentioning that she stopped playing basketball to focus on volleyball. “I think it’s something about the sport (of volleyball) and how you can use your wits and smarts to do certain plays … Something about all my skills go into volleyball really well for me.”

After graduating from Ridgefield High School in June, Nicoll plans to play volleyball at the University of Idaho in Moscow while studying to get a degree in a “math-based major.”

“I picked (the University of Idaho) because when I took my visit there I could really sense the small community feel,” she said. “Everyone was so nice, I love the coach and it feels very inviting and very like home.”

As a life-long Spudder, Nicoll said she was looking for a college experience that mirrored her experience in a small town like Ridgefield.

“Ridgefield is such a small town community,” she said. “When I went over there (to Moscow), I felt that, too.”

Aside from playing volleyball, Nicoll spends her free time hanging out with her three dogs, Donut, Bear and Sadie. Along with this, she enjoys going to Portland with her friends to get bubble tea and coffee. As for the future, while she’s excited to play volleyball, she’s looking forward to creating new friendships and getting out of high school.

“I feel like college will be so much better,” she said.