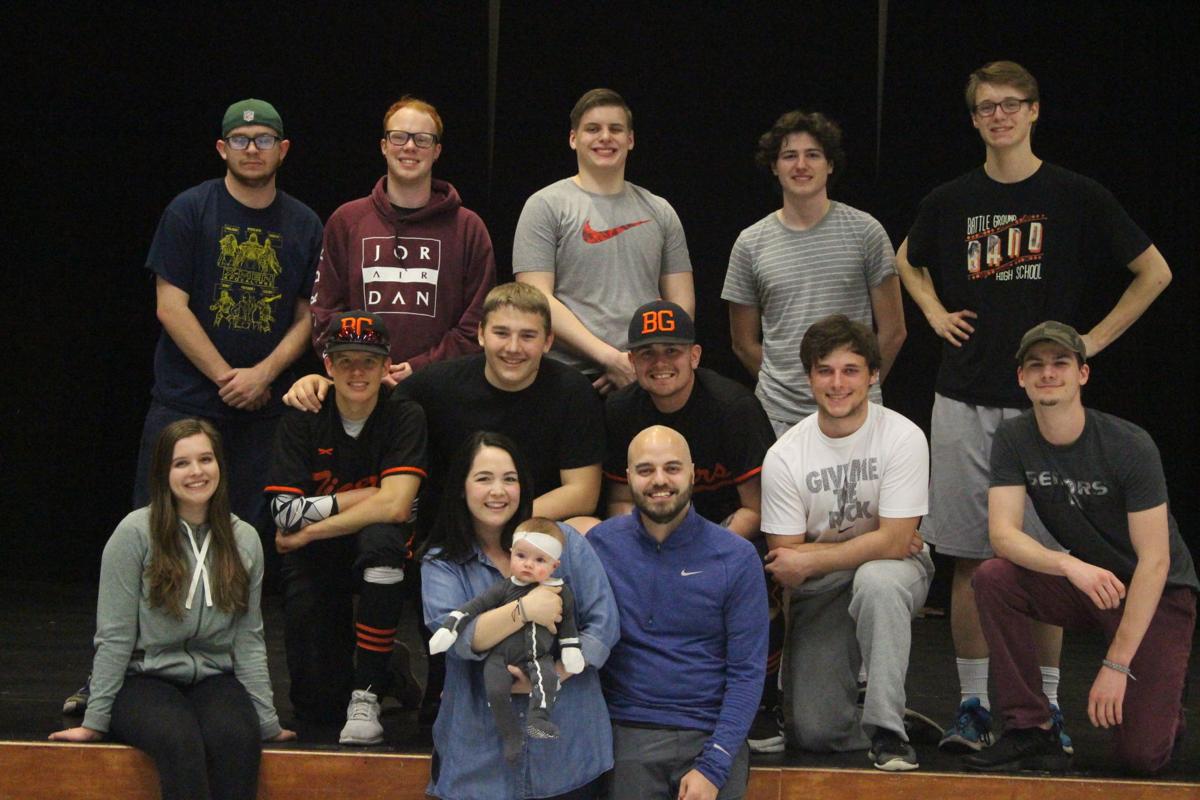 10 of the 12 Battle Ground High School seniors vying for the title of “Mr. Battle Ground” this Thursday recently stopped practice for a bit to pose with the Eldred family, who will directly benefit from the student’s performances. 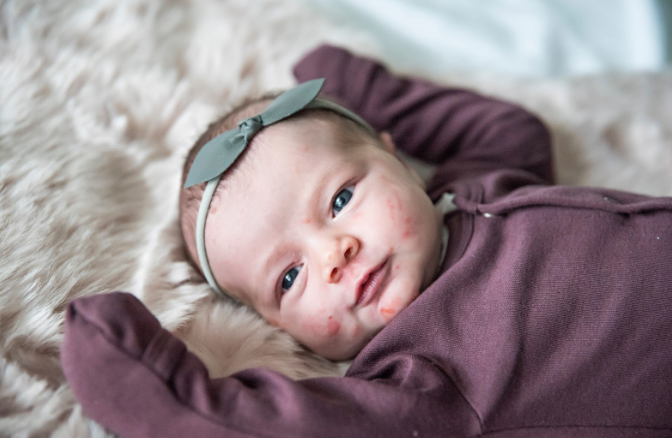 10 of the 12 Battle Ground High School seniors vying for the title of “Mr. Battle Ground” this Thursday recently stopped practice for a bit to pose with the Eldred family, who will directly benefit from the student’s performances.

The annual fundraiser, which features 12 senior boys competing on stage for the coveted title of “Mr. Battle Ground,” will directly benefit the Eldred family from Battle Ground, as they continue to battle a rare disease their daughter was born with last November.

Soon after Isla Sloane Eldred was born, doctors informed parents Kody and Felicia that she had a genetic disease called epidermolysis bullosa (EB).  Those with EB have extremely fragile skin which causes recurrent blisters and wounding. Babies born with it are often referred to as “Butterfly Children” because their skin is as fragile as a butterfly’s wing.

There is no known cure for EB. Instead, victims of the rare disease are subject to daily wound care and bandaging to help manage the pain.

Since her birth, Kody and Felicia have met with numerous specialists as they work to manage their first child’s condition. Isla’s EB falls into the junctional category, which represents only 5 percent of an already small pool of patients. Because of the internal complications, the average lifespan of children in the junctional category is two years.

Malia Meyer, a student at Battle Ground and director of the Mr. Battle Ground show, heard about the Eldred family through Facebook and decided to reach out.

“I was shocked — overwhelmed,” Felicia said of when she heard they wanted to direct all funds raised from the event to her daughter. “I’m incredibly grateful.”

Overall, Felicia said the support from the community they both grew up in has been tremendous.

“It’s pretty incredible when you don’t even know someone and they’re willing to step in and help,” she said.

Leading up to their performances, the 12 seniors competing in the show met with the Eldred family, which Meyer said was important in helping them understand that their performances were going to have a positive impact.

“It’s more personal that way,” she said. “When you can see really why you’re doing it and that it really is going to have an impact on someone’s life.”

Meyer hopes the show will not only benefit the family, but will also create awareness around Isla’s condition amongst the student body and those who attend the event.

Last year the talent show raised $3,778, all of which went to United Cerebral Palsy, and Meyer said they are hoping to hit $5,000 this time around.

If you can not attend the talent show but would still like to support the Eldred family, go to youcaring.com/feliciaeldred-1145910.

Admission is $5 at the door.

Along with their own individual talents, the 12 seniors will also perform two dances together which Battle Ground High School’s dance coach choreographed.

Show director Malia Meyer said all the boys have been working very hard on their talents, but was tight lipped on what they have planned.