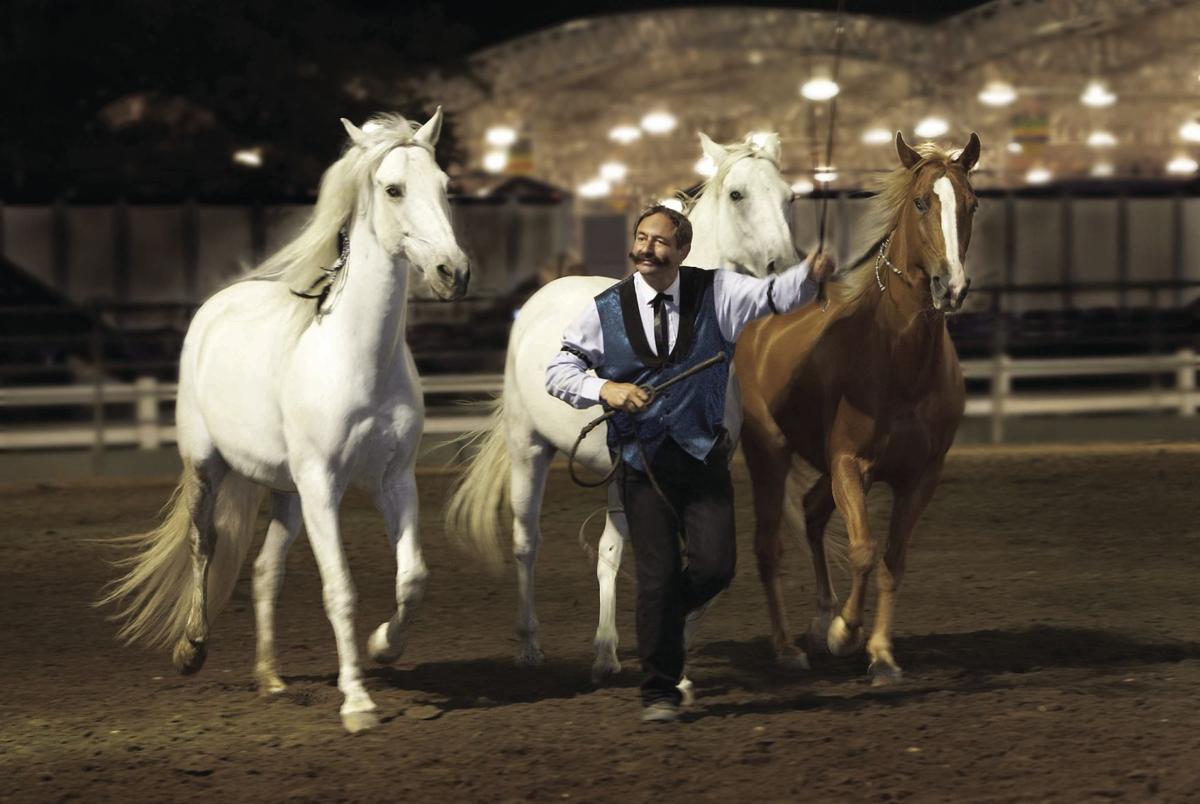 David Lichman’s Senior Team at the Cavalcade of Horses at the California State Fair are left to right, Julio, Scotty and 13. 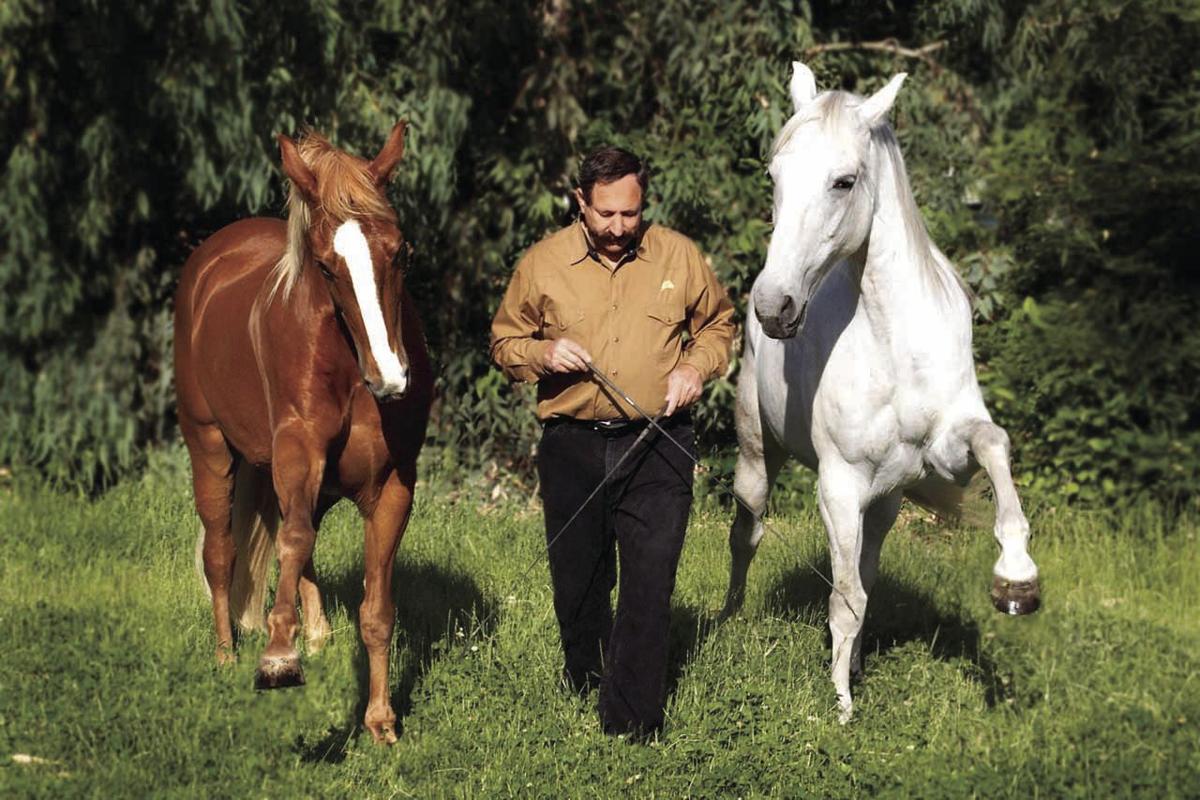 David Lichman is pictured with two members of his senior team, Scotty on the left and 13, both Tennessee Walkers

David Lichman’s Senior Team at the Cavalcade of Horses at the California State Fair are left to right, Julio, Scotty and 13.

David Lichman is pictured with two members of his senior team, Scotty on the left and 13, both Tennessee Walkers

A fiery horse with the speed of light — “Hi ho Silver, away!”

“As a young boy my hero was the Lone Ranger,” said David Lichman, Five-Star Master Parelli Professional, who specializes in Liberty Horses and is the featured presenter at the Washington State Horse Expo, March 2–4 in Ridgefield. “Or more accurately, I was a huge fan of Silver.”

According to this renowned horseman, his passion for horses began at an early age, but access to them was limited.

“I was able to rent a horse now and then, attend a riding summer camp and later, mucked stalls in exchange for occasional riding lesson,” he said. “I even tried to convince my father to convert our suburban two-car garage into accommodations for a horse — it was a no from dad.”

Fast forward a couple of decades, during which time Lichman toured the United States as a bass player, earned a bachelor of science degree, worked as a software engineer and got married. It wasn’t until 1981 and he was 32 years old that he finally realized his dream of owning his own horse; in fact, two horses, both Tennessee Walkers. Just a few short years later, he and his 5-year-old gelding The Artful Dodger, won the World Grand Championships in the Light Shod Pleasure Horse Division.

His curiosity about natural horsemanship began in 1986 when he watched Ray Hunt start a different colt on each of the 18 days of the California State Fair.

“I’d been fooling with horses for a couple of years by then, but when I watched Ray, my jaw dropped,” Lichman said. “I’ll never forget. It was my miracle moment.”

The following year Lichman watched Pat Parelli do colt starts. In 1994 Lichman became part of the first group of certified Parelli instructors in the USA.

“I have taught thousands of students,” he said. “From Canada to Costa Rica and from Austria to Australia. I’ve been teaching courses all over the world for over 20 years.”

“I try to help people connect with horses so that it’s fun for both the human and the horse,” said Lichman.

In addition to being at Liberty, the horses have to adjust to unfamiliar surroundings without the round ring enclosures typically seen in a circus show. According to Lichman, the show is improvisational. Although there are specific routines the horses know, they have a say in what happens, depending on how they are feeling. The result is a display of affection, bonding and respect.

Music is a big part of the teaching concepts. It establishes the “Rhythm of the Ride,” a concept developed by Lichman and Grammy-nominated singer-songwriter Mary Ann Kennedy, to help a rider or dancer synchronize with a horse’s natural motion.

“Music creates a joyful sense of connectivity. There is no dancing without music. If you want to dance with your horse — and I do — you need music. Plus, music lifts your spirits,” Lichman said.

“I don’t see them as horses. I see them as friends. They have names, desires and needs — as do I,” he said. “Friends help fulfill each other’s needs and desires.”

The Washington State Horse Expo is March 2-4 at the Clark County Event Center in Ridgefield.

For more information and tickets, visit clarkcoeventcenter.com and view calendar of events.