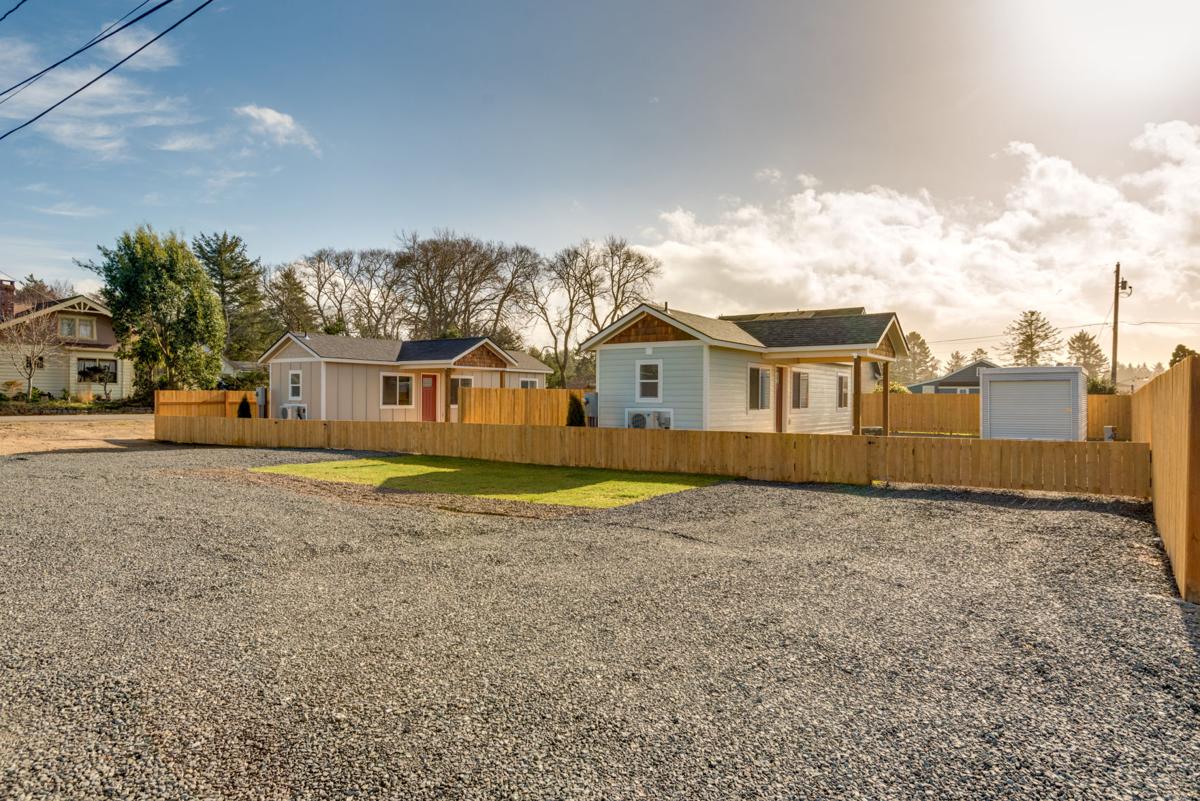 The completed tiny houses at Wolf Industries’ Ocean Park site. Though that project is on the coast, more local restrictions on tiny house building in Clark County have loosened, allowing for the possibility of similar developments closer to home. 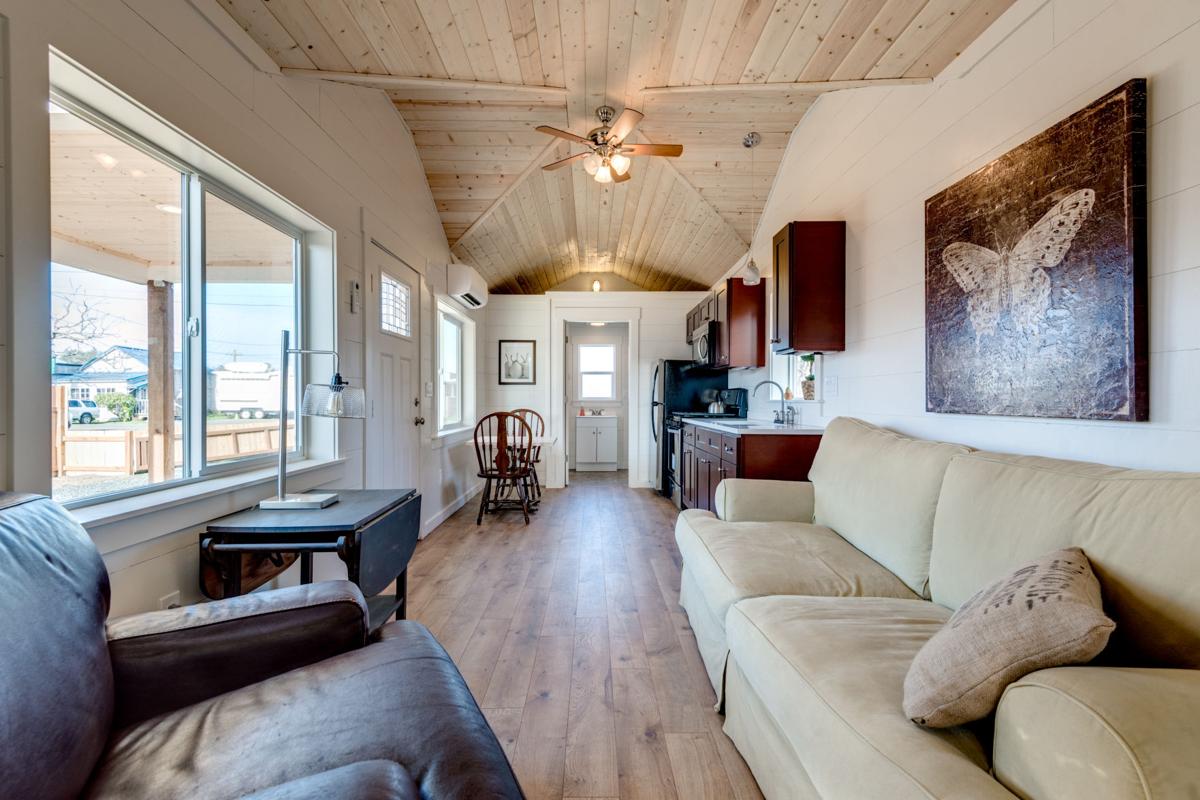 (Above) The interior of one of the completed tiny houses by Wolf Industries at Ocean Park. 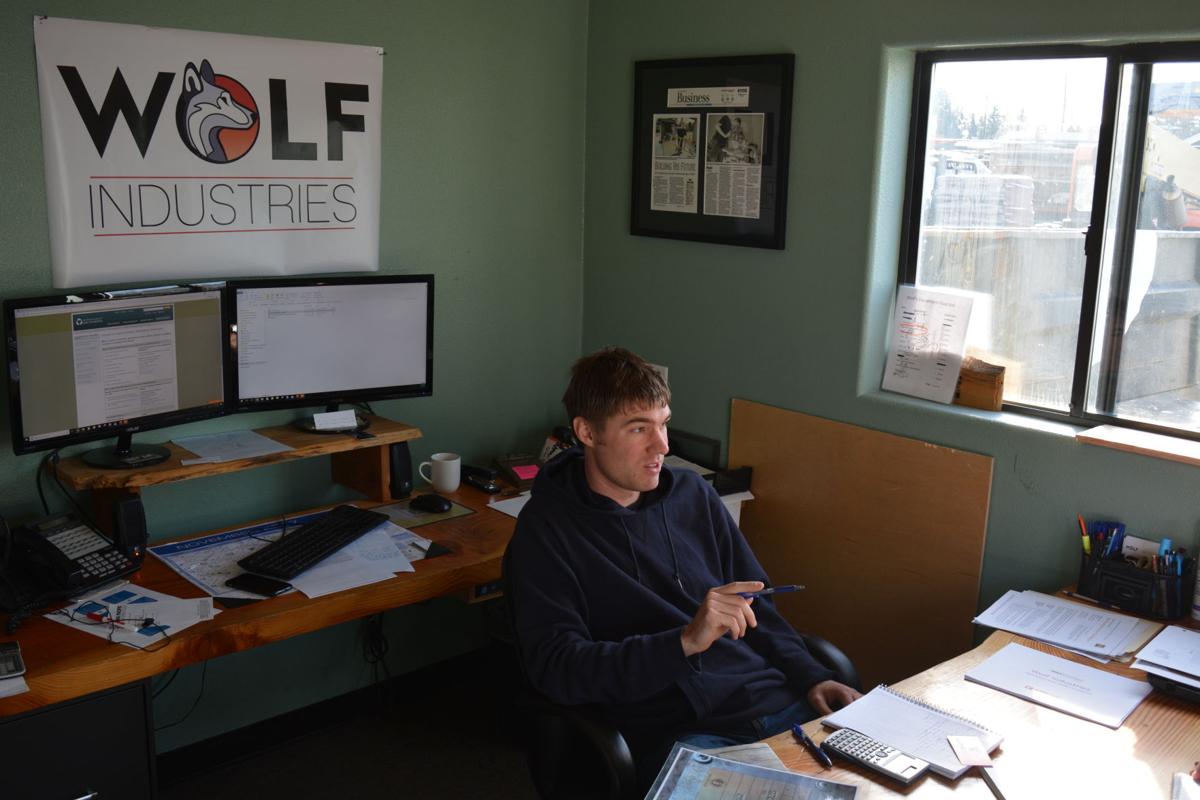 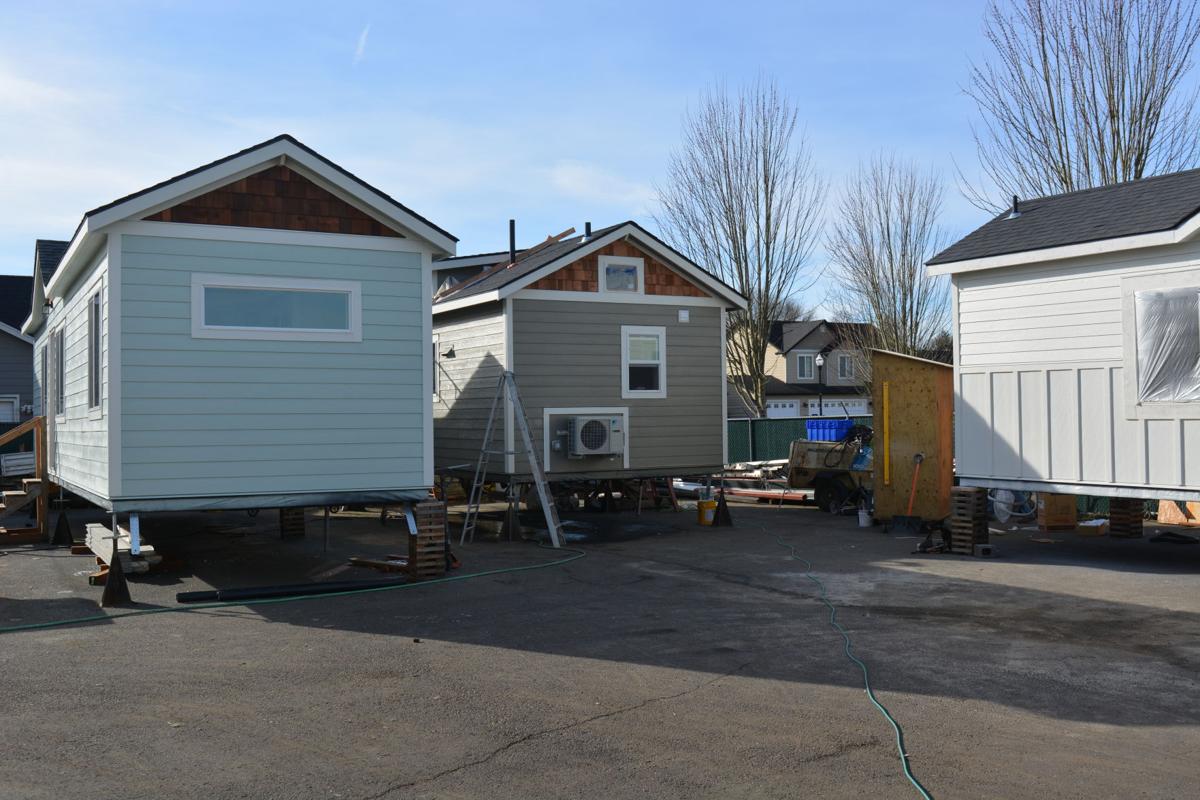 Some nearly-complete tiny houses sit on the construction lot of Wolf Industries. 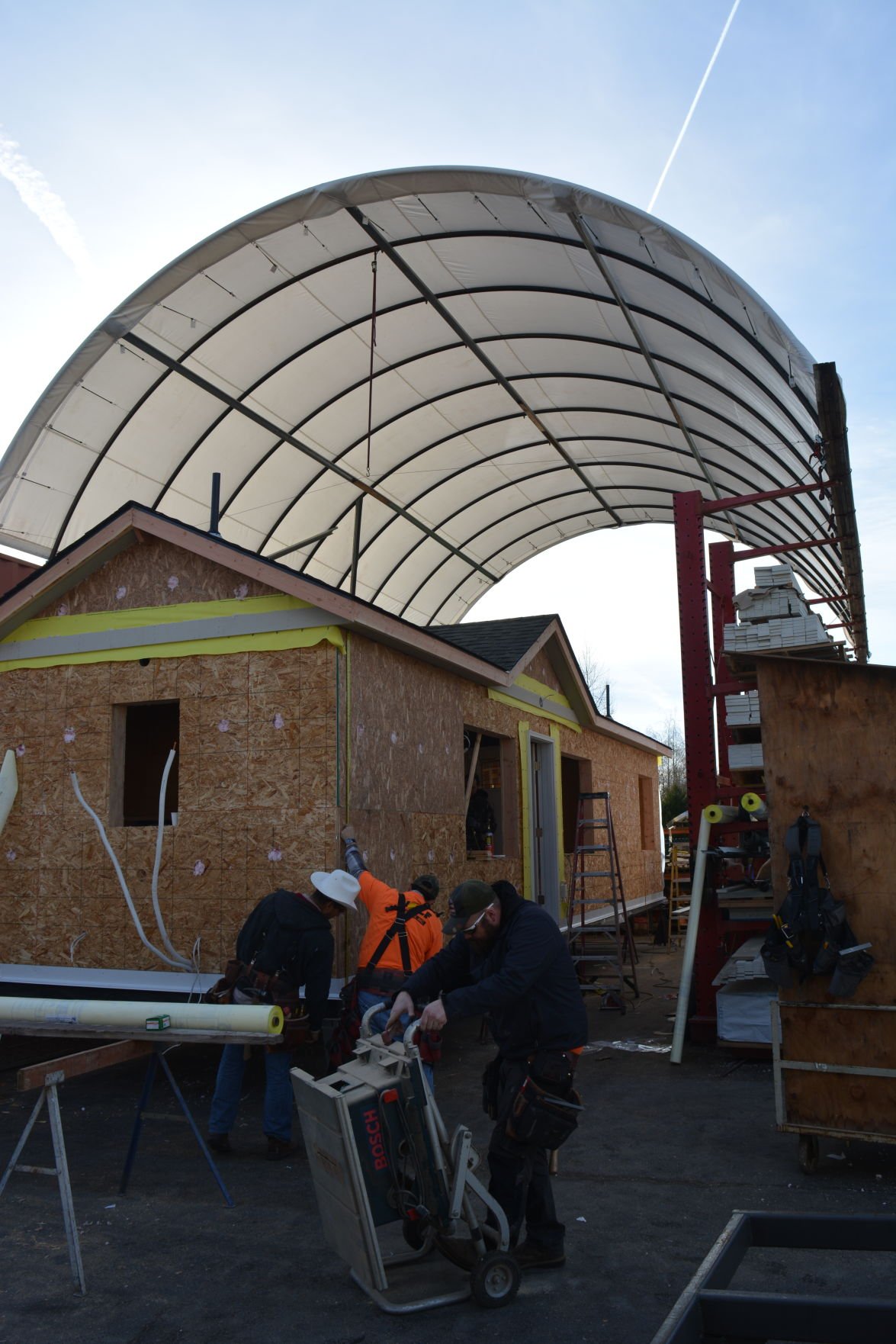 The completed tiny houses at Wolf Industries’ Ocean Park site. Though that project is on the coast, more local restrictions on tiny house building in Clark County have loosened, allowing for the possibility of similar developments closer to home.

(Above) The interior of one of the completed tiny houses by Wolf Industries at Ocean Park.

Some nearly-complete tiny houses sit on the construction lot of Wolf Industries.

Big ideas come in tiny packages when it comes to solutions for housing, and locally one builder is getting into the tiny homes game at full speed.

Nestled in a neighborhood in southeast Battle Ground, Wolf Industries’ production facility is churning out tiny houses. On a visit by The Reflector Feb. 7 there were five buildings in varying stages of construction, far more production than what was the case two years ago.

The move toward building tiny houses — in the case of Wolf Industries, homes in the 300- to 400-square-foot range — was a recent shift for the company. Owner Derek Huegel explained when it formed in 2008 it focused mainly on commercial general contracting. Huegel wanted to build at a central location rather than having his employees crisscrossing the region to different job sites.

“I wanted, basically something better for my guys,” Huegel said.

With the centralized process of fabricating the houses all the work could be done in Battle Ground, making it easier on employee’s travel for work.

After making the decision to shift production the issue that Huegel then faced was building the houses legally. A breakthrough came about nine months ago when he eyed approval through the state Labor and Industries department’s Factory Assembled Structures program, allowing for production that meshed with state law.

Even with the buildings being up to state regulations, being able to put tiny houses on land in some jurisdictions was the issue. Fortunately for those in the tiny homes industry, late last month the Board of Clark County Councilors approved changes to its development code, adjusting much of what was prohibiting tiny house development including a formal definition of a tiny house.

The changes included a loosening of the minimum and maximum sizes for cottage housing and Accessory Dwelling Units (ADUs) as well as the creation of the tiny house definition featuring those relaxed restrictions. Now homes in the 300- to 400-square-foot sweet spot that Huegel found works the best can be built on land in Clark County.

Huegel said what they build can fall under several different categories including the aforementioned ADUs, but could also simply be their own residence. With growth restrictions brought on by land use law, higher densities need to be met, he said.

Wolf Industries constructs are up to residential building standards which differ from the manufactured home construction and safety standards that buildings such as mobile homes are built to.

As of Feb. 7 Wolf Industries has constructed 16 houses, and progress is set to ramp up significantly this year. Huegel said that there was a 10,000-square-foot facility off of Commerce Drive in East Battle Ground going in which he expected to triple production when it is complete sometime in the next few months.

Regarding time frame, with an expedited permitting process, getting into a tiny house would take two to three months, as all the designs have been already approved by the state, Huegel said.

The biggest obstacle for those pursuing tiny house living is getting the land. In many cases the units would be built on land in the family, but those without may have a harder time finding a place for their tiny house.

Challenges aside, either the novelty or practicality of small living is one way to take on the housing crisis.

“This is a unique, different approach to the age-old problem of covering your head at night,” Huegel said.