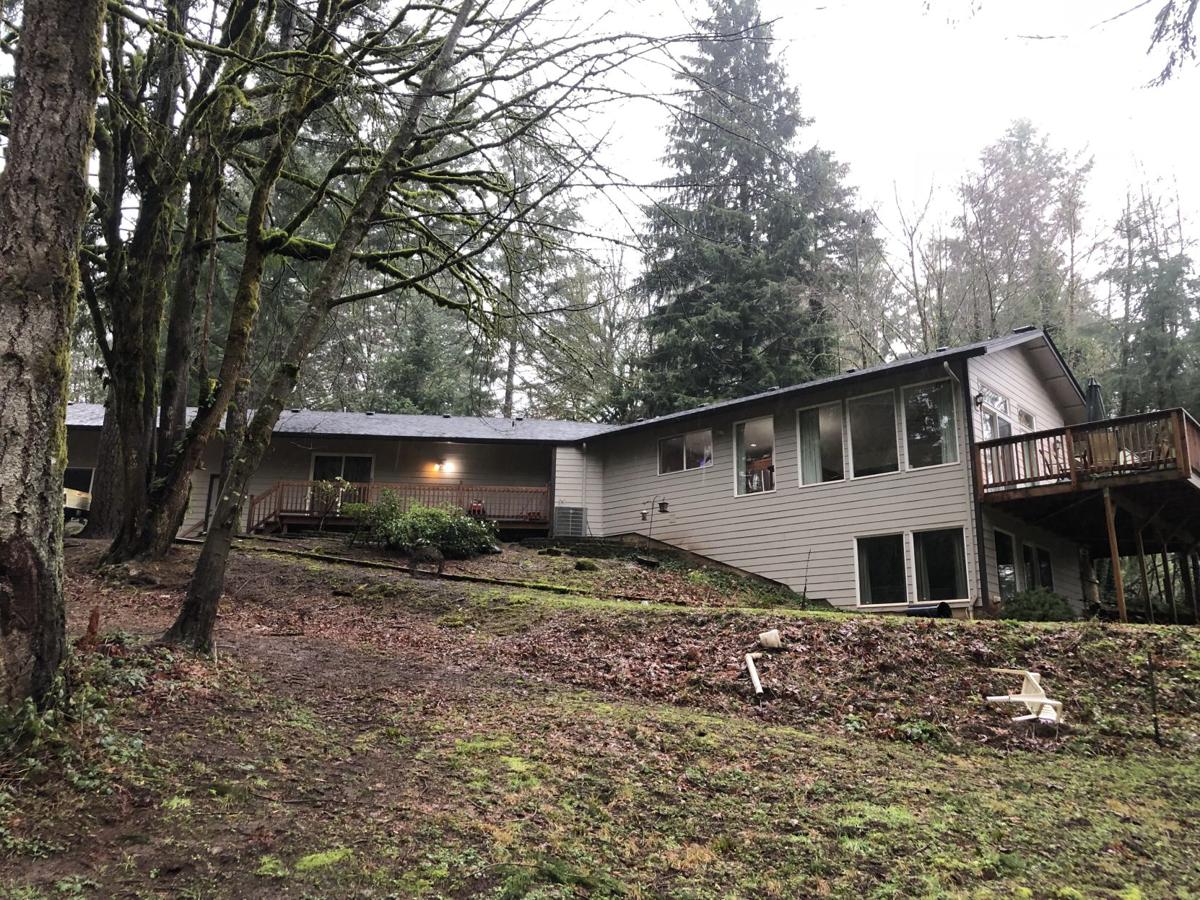 Marshall’s property is in the woods of La Center. Sam Etter said the contest was aimed at people who actually needed a new roof instead of just the general public. 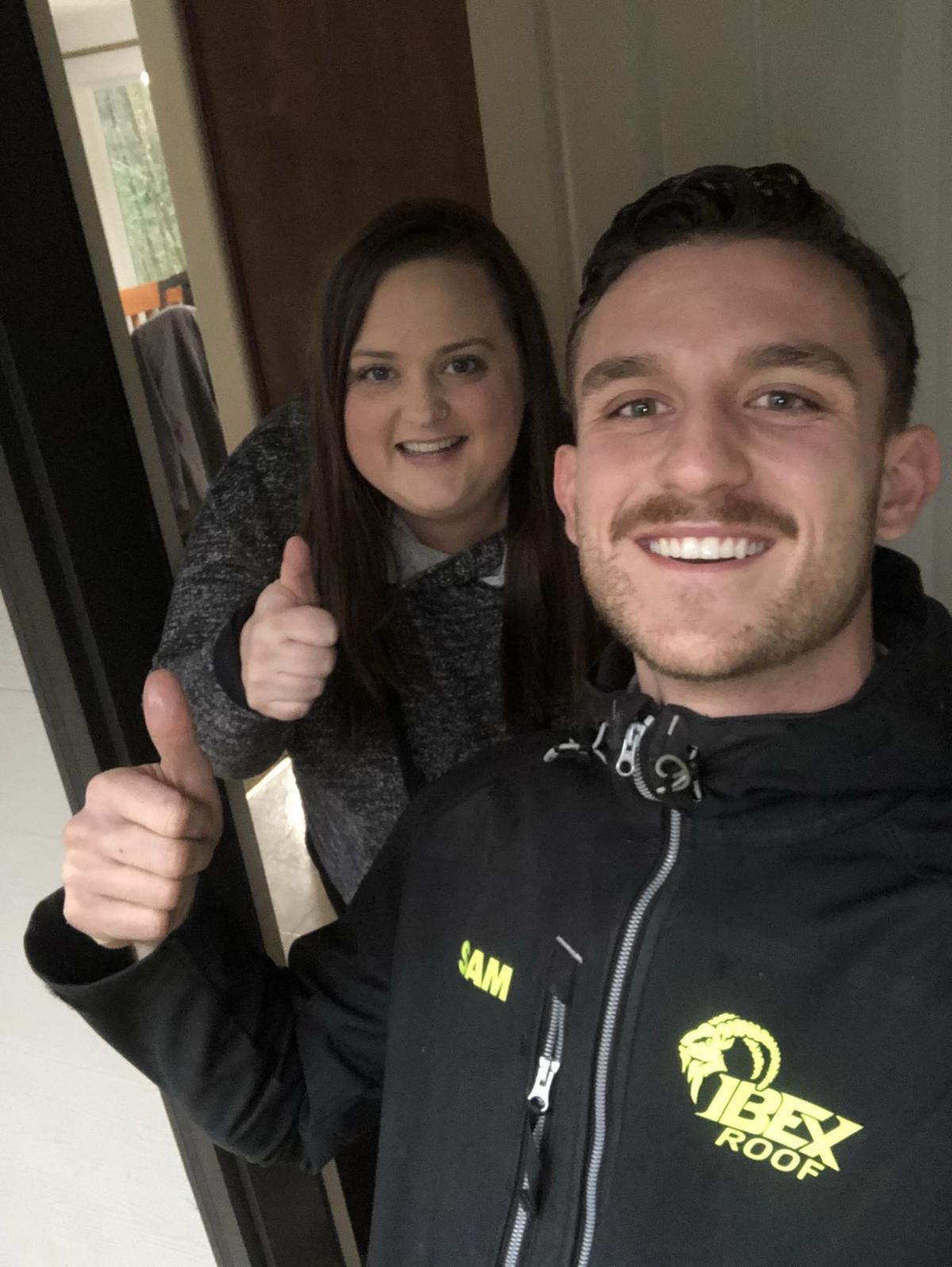 Kayla Marshall, of La Center, stands with Sam Etter, of Ibex Roof, after Ibex Roof replaced her roof for free when she won a contest on Facebook.

“It was kind of a little bit spur of the moment,” said Sam Etter, of Ibex Roof.

He explained how Ibex Roof was part of a fundraiser through its shingle supplier to support a Pacific Northwest girl with leukemia. Each “roof package” was about 2,500 square feet of roofing, and all money raised went to medical bills.

“We (Ibex Roof) bought three or four of the packages and we were just going to install it, but then we decided to do a roof giveaway in the month of December,” Etter said. “We wanted to use this opportunity to give back to the community.”

Etter and Ibex Roof then decided to post the giveaway on Facebook just after Christmas 2019 in line with the giving season.

“We selected one person at random that commented and liked the video,” Etter said, adding that Ibex made sure that the person getting the roof was in need of one.

Marshall won the giveaway and had the roof installed at the end of last month.

“Her roof was really old and nasty and so it worked out really well,” Etter said. “Her whole thing was that she had kids and she had been debt free up until this point.”

Etter explained how roofs and installations can end up being very costly for a homeowner, depending on the amount of work needed and how long the installation takes.

“We were excited to win a roof because we had just got done paying off some bills and we are a one income family with two little girls, so every dollar saved is helpful to us,” Marshall said

She also said that since she is trying to live debt-free, she no longer has to save up for the roof and can use the money for other home projects.

“Kayla was super appreciative throughout the whole process,” Etter said, explaining how this was the first time Ibex had ever given away a roof. “Everything ended up going as smooth as possible.”

Etter said the Ibex Roof crew felt good about giving back to the community in both helping with leukemia medical bills and giving a roof to someone in the community that needed it.

“The only requirements for the giveaway were to be a homeowner in Southwest Washington and to need a roof,” he said. “It felt good to give back how we could.”