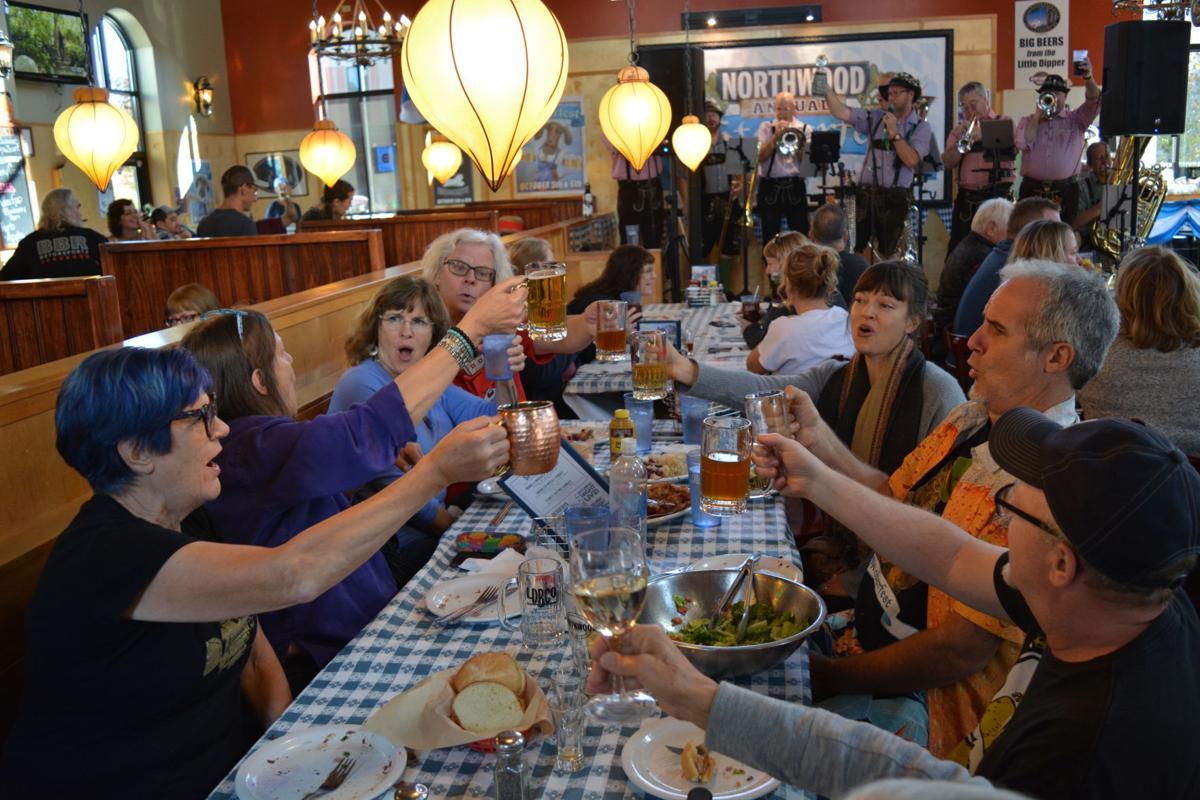 Glasses were raised high as Festival Brass played traditional drinking tunes at Oktoberfest on Sunday, Oct. 6. The room was rich with gemütlichkeit, a german word used to convey the idea of a state or feeling of warmth, friendliness and good cheer. 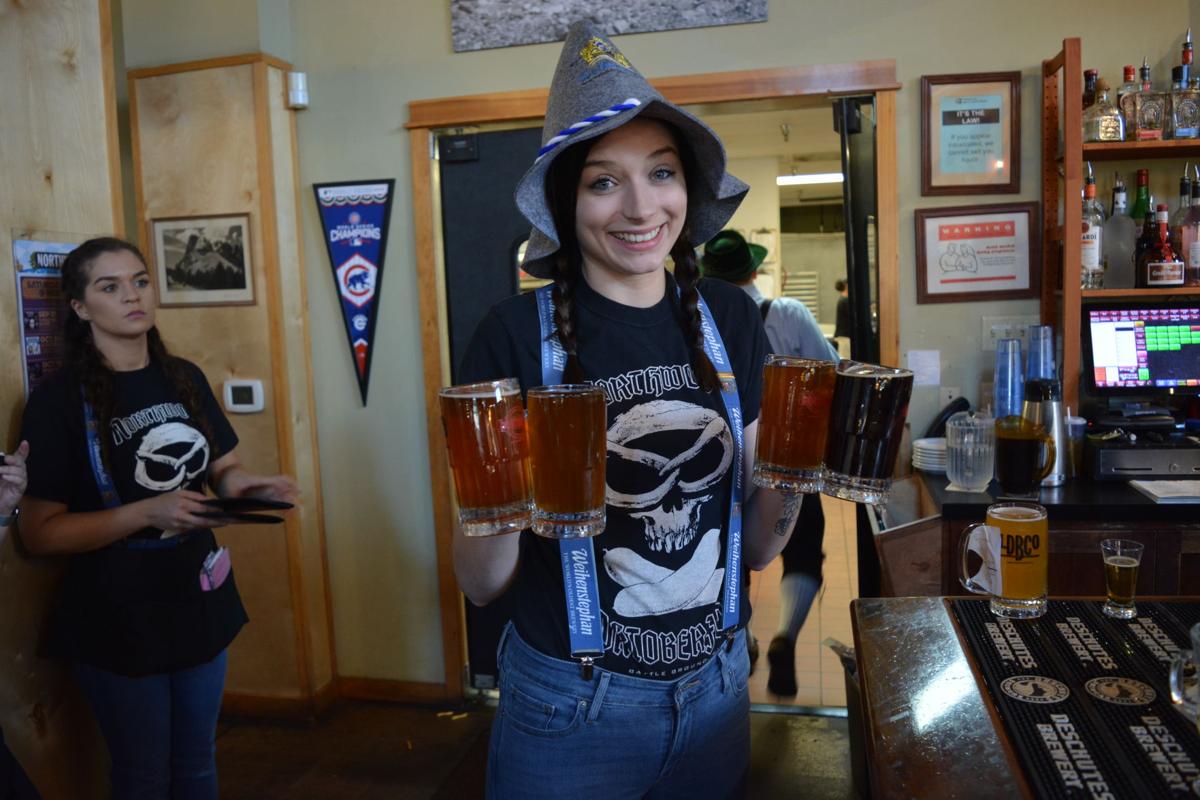 Danielle Farnham carries mugs full of beer to a community table at Oktoberfest. The brewery served beers from Weihenstephan, the oldest still-operating brewery in the world. Weihenstephan has been brewing beer in Bavaria, Germany, since 1040 A.D.

Northwood Brewery’s yearly tradition of Oktoberfest returned this weekend with beer, cheer and plenty of gemütlichkeit, the German word for the feeling of warmth, friendliness and good cheer.

As I found my seat at one of the community tables, I saw beer steins raised in the air and the entire building burst out in sing-song of the traditional German drinking song “Ein Prosit.”

“Zicke zacke, zicke zacke, hoi hoi hoi!” the crowd cheered as they sang the tune with the help of the nine-piece band, Festival Brass. Thick beer steins clinked together as the cheering got louder and louder. “Prost!” we’d say and drink our beer.

As I looked around the building after the song, chatter began to rise as people in group seating arrangements began to talk with their neighbors. As the talking got louder, one thing I noticed caught my eye — no one was having a bad time.

“We put the tables like that on purpose,” Northwood owner Eric Starr said about the group tables. “It promotes conversation and gives you the chance to meet other people.”

Meet other people I did.

As I sat in the bar area, three different groups of people appeared to sit across from me. Young and old, everyone had a good time eating traditional food and drinking cold beverages.

Starr said the brewery has a traditional menu around the time of Oktoberfest to make the tradition as authentic as possible. With pretzels, bratwurst and Schweinshaxe (traditional Bavarian slow roasted pork shank).

On Saturday, a friend and I shared the Oktoberfest platter, a mix of bratwurst, frankfurter, sauerkraut, pork belly and a roasted pork chop served with German potato salad and a big Bavarian pretzel. I found the bratwurst and pretzel to be the best tasting on the plate. With the bratwurst full and juicy, the pretzel offered a salty and crunchy feel as I drank my Weihenstephan beer.

Weihenstephan, the world’s oldest still-operating brewery, was started by monks in the now-state of Bavaria, Germany in 1040 A.D. Northwood had four Weihenstephan beers on tap over the weekend. A traditional hefeweizen, a lager, a pilsner and a festbier (a seasonal delight). Along with the Weihenstephan brews, the tap list consisted of Boneyard RPM IPA, Ayinger Celebrator Doppelbock and Uncle Otto’s Märzen, the only Northwood-brewed beer on the list.

“We wanted everyone to be able to have something,” Starr said about the beer list, noting that Boneyard RPM IPA was added to the list to satiate the hop cravers. “IPA is a Pacific Northwest thing. It’s our own twist on Oktoberfest.”

My favorite beer on the list was the Weihenstephaner Festbier, a light-gold lager full of festive taste and good cheer. Second place, however, was Northwood’s own Uncle Otto’s. It was crisp and refreshing at the front with a nice bold and nutty finish.

On Sunday, I came back for the Northwood tradition of pig roast — an entire hog stuffed with bratwurst and served with sauerkraut, red cabbage and potato salad. Paired with traditional Austrian schnapps, the meal went down easy as some friends and I shared a platter.

“This is the only potato salad I’ve ever eaten and liked,” my friend Shane said as I mentioned the sauerkraut being quite tasty, a miracle for me as sauerkraut isn’t particularly my favorite food.

As the stammtisch (large community table) geared up for another round of “Ein Prosit,” smiles were plentiful and Oktoberfest closed for another year. I’m already looking forward to next year.