Plans for the replacement of the aging Interstate 5 bridge over the Columbia River hit something of a milestone last week as those in charge unveiled the bridge is set to feature an auxiliary lane in both directions across the bridge’s span to facilitate traffic.

During a May 6 meeting of the Joint Oregon-Washington Legislative Action Committee, officials with the Interstate 5 Bridge Replacement Program (IBRP) presented the latest information on the ongoing project.

At the meeting, IBRP Administrator Greg Johnson told lawmakers, many of whom represent north Clark County, that the project’s current form received an unanimous endorsement by members of an executive steering group the prior day. That group features heads of interest groups across the region, including transit authorities, ports and both Washington and Oregon’s departments of transportation, among others.

The biggest development since the legislative committee met two weeks prior was the recommendation that a bridge replacement feature an auxiliary lane in both directions along the main span over the Columbia.

IBRP Deputy Program Manager John Willis explained auxiliary lanes are ramp-to-ramp connections to allow for more regular traffic flow on the general interstate roadway. He said the current concept has one of those lanes in each direction, connecting Marine Drive in Oregon and Mill Plain Boulevard in Vancouver, which will link the ports of Portland and Vancouver for freight travel.

Willis acknowledged those polled in community outreach efforts favored having two lanes in both directions across the Columbia. Those living outside of Portland city limits and in Clark County were particularly supportive of an expanded scope.

Though the new concept features two fewer lanes than what was favored by the public in those areas, Willis explained one auxiliary lane would have significant benefits. He said one lane in both directions would improve morning peak travel times going southbound by three minutes or 5%, and northbound afternoon travel times would improve by 11 minutes or 30%, based on current research. He noted the auxiliary lanes would also result in congestion benefits during off-peak travel times including weekends.

The recommendation of only a single auxiliary lane over the river and maintaining the three through lanes currently in place on I-5 didn’t sit well with some lawmakers from Washington. State Sen. Ann Rivers, R-La Center, specifically called out an apparent decrease of the project’s scope.

“Oregon and Washington are net export states, and yet we’ve diminished the number of lanes from even the last project,” Rivers said.

“We’re reducing this thing to practically what we have right now,” Wilson, R-Vancouver, said in reference to the amount of lanes the bridge spans currently have.

“I’m really concerned that every single time we have another meeting, the footprint gets smaller and smaller,” she said.

Democratic Oregon state Sen. Lee Beyer agreed in part with what Rivers and Wilson had to say regarding the project’s capacity.

“We’re only going to build the bridge once in the next 100 years, and it doesn’t hurt to have a little extra capacity,” Beyer said.

Johnson noted the project is only in the “2%” phase of planning.

“What we have is not the final answer. We’re going to dig down deeper and make sure what we’ve recommended will meet purpose and need,” Johnson said.

If it doesn’t meet that need, part of the upcoming work will focus on finding those means, he said.

During the meeting, project officials and the lawmakers also discussed previously-recommended pieces of the bridge replacement, including the use of light rail as the mass transit component. In order to be eligible for federal funding, the replacement needs to have some sort of mass transit, officials have previously said.

Although light rail railways have higher maintenance costs compared to roadways for buses, the vehicles have more than twice the lifespan of buses and 2.7 times the operators per passenger, IBRP Assistant Program Administrator Frank Green explained. He said labor costs are generally the greatest cost.

Wilson questioned whether or not the projections are realistic.

“The assumption here is that these are all going to be full vehicles,” Wilson said. “Nothing tells us that is going to be the case in the near future.”

When questioned about financial viability, IBRP Assistant Program Administrator Ray Mabey said TriMet, the Oregon-based transit authority who would operate the line, doesn’t break down its financials per line, but overall they have a AAA bond rating. The MAX train line that would be extended per current project parameters had the lowest percentage drop through the COVID-19 pandemic, he said. Currently ridership on that line is about half what it was pre-pandemic, but it is expected to return to those levels in about two years, which would be when the project reaches construction.

“Using the predictions we have and the modeling, it has shown it will continue to grow,” Mabey said about ridership.

The current project deviates from the footprint mass transit would have compared to the failed Columbia River Crossing program which failed to secure Washington state funding nearly a decade ago. Now light rail is intended to run along the I-5 corridor, ending north at Evergreen Boulevard in Vancouver.

“We know that the demand is there and that it integrates with our current and our future modes (of transit),” McEnerny-Ogle said.

By the time construction on the project begins, C-Tran, the transit authority in Clark County, will have its Vine bus rapid transit provided in that area.

Johnson said although the replacement concept is coalescing, specifics can still be adjusted as the project moves through subsequent phases. He highlighted the need for collaboration in order to succeed where the Columbia River Crossing failed.

“We cannot let ‘perfect’ be the enemy of ‘very good,’” Johnson said. “The best bridge is the one that gets built.” 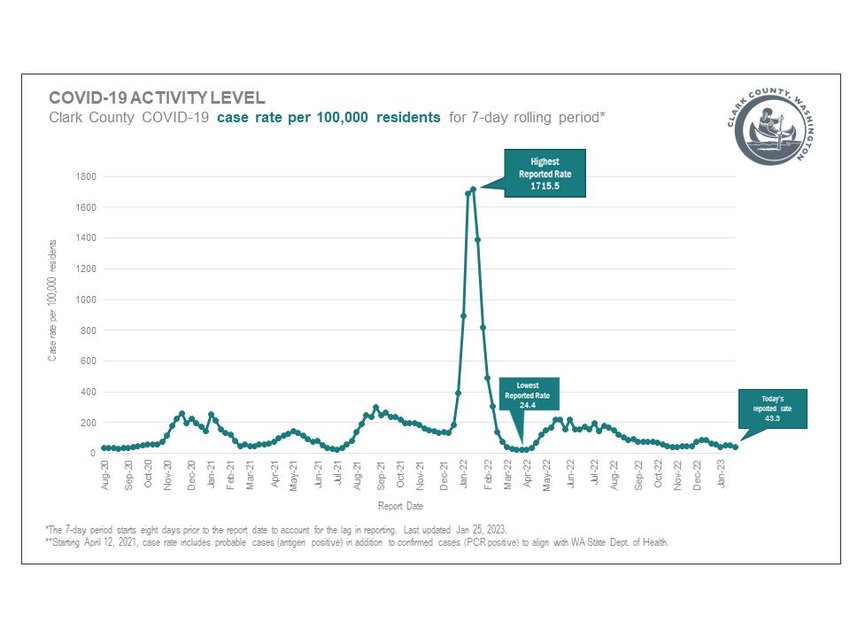