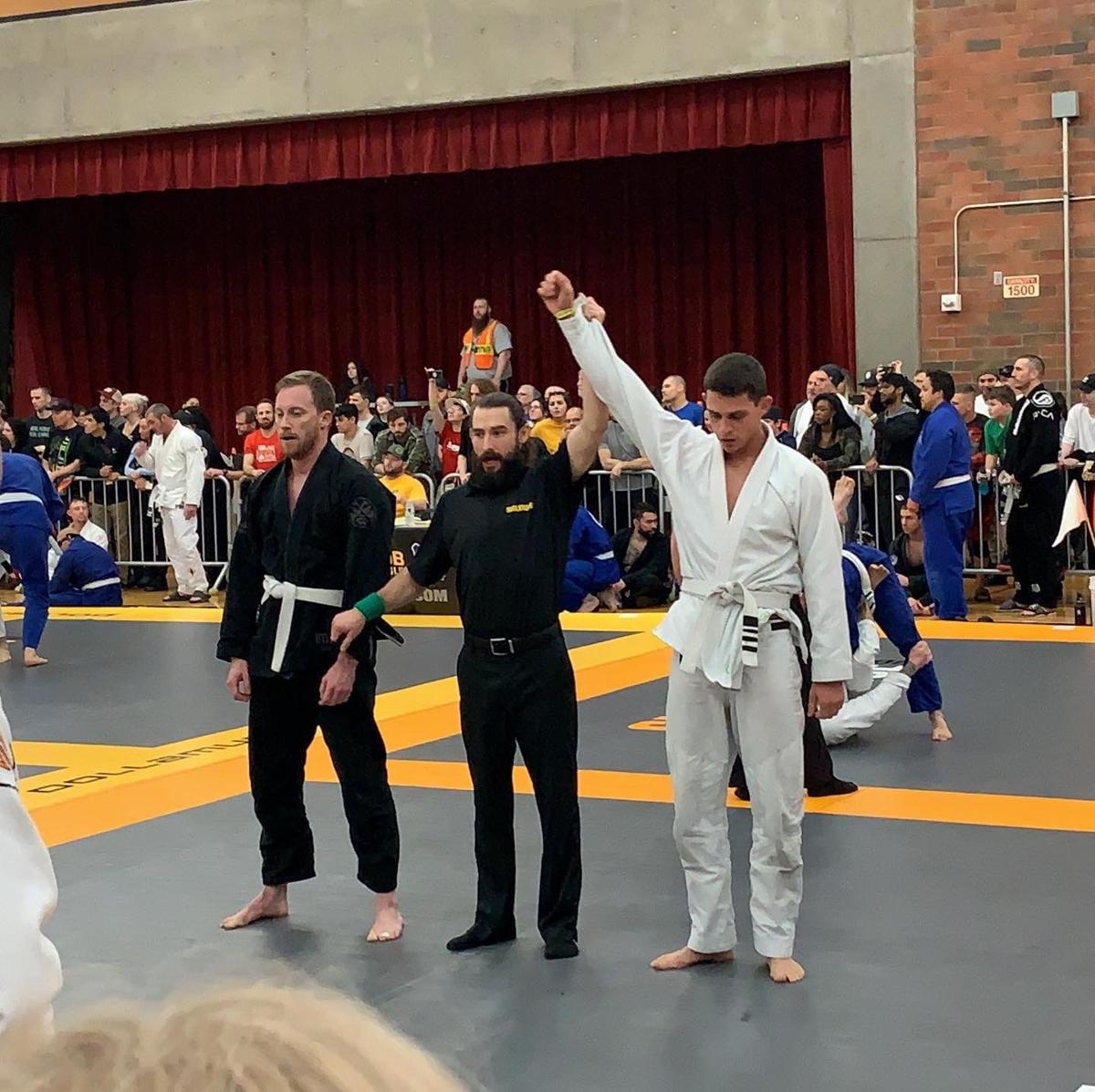 Josh Runnels, in the white robe, recently took second place in the medium heavy division at a jiu-jitsu tournament at Portland Community College. 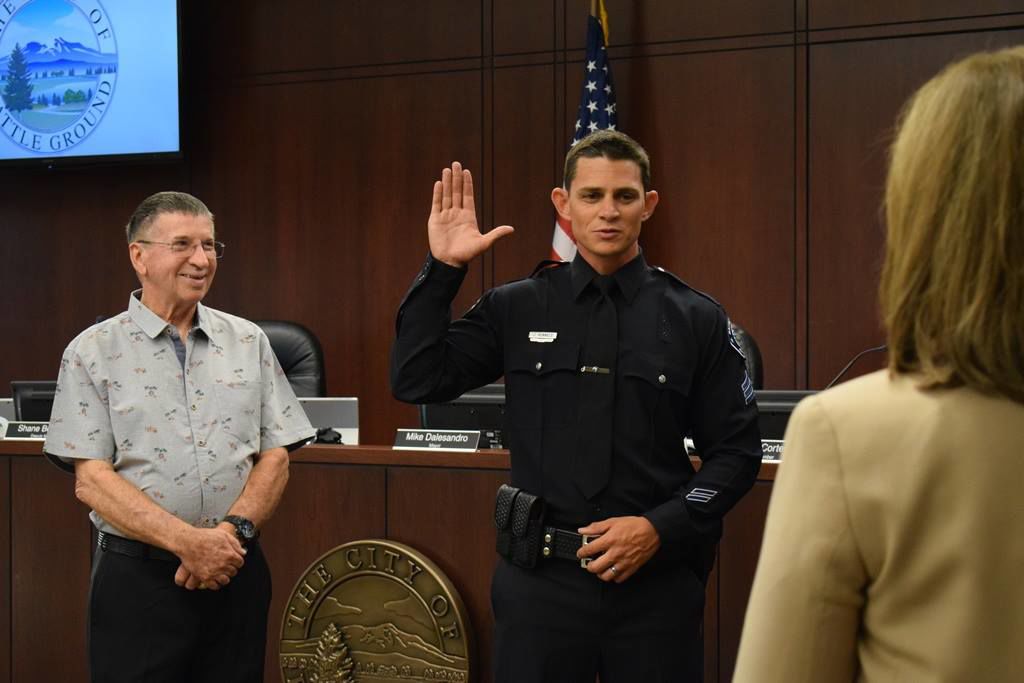 Josh Runnels was promoted to sergeant on July 17, 2018. He is pictured here with his grandfather who worked for the Los Angeles Police Department.

Runnels said that along with the physical challenges jiu-jitsu brings, the mental aspect of it is also important.

“It’s both physical and mental. You have to be in good physical condition to be able to go multiple rounds. On average, everybody competes in about two to four rounds with different people, so the physical aspect is hard,” Runnels said. “But, you have to get over the mental aspect of it too, the nerves and prepare yourself mentally to compete. I haven’t competed in a while. I was pretty nervous going into it.”

Runnels started training in jiu-jitsu when the Battle Ground Martial Arts Academy opened in the summer of 2019.

“I kinda wanted to do it for a long time,” he said. “For one, it’s a great way to stay in physical shape, and two, as someone who works in law enforcement, I owe it to the people I work with and also owe it to the public to not only be in good physical condition but also to be able to control somebody who is resisting arrest without using excessive force.”

“I think the public expects that law enforcement officers to be in good physical condition and also expects us to be well trained,” he said. “Part of it was that I kind of wanted a physical challenge and something to keep me in good shape and the other part of it was the obligation to my partners and the public to be able to do the job as best as I can.”

As for the Battle Ground Martial Arts Academy, Runnels said that Jeremiah Rodeman and the other Rodeman brothers have been nothing but supportive. He said his favorite part of doing jiu-jitsu is the camaraderie of the people at the gym.

“Jeremiah and the brothers have really built a good family atmosphere,” Runnels said, noting that he has always gone to other gyms to keep himself in shape but there’s something different about BMA Academy. “BMA is the first gym of its kind in the North Clark County area. It has great instructors and a great feeling of teamwork.”