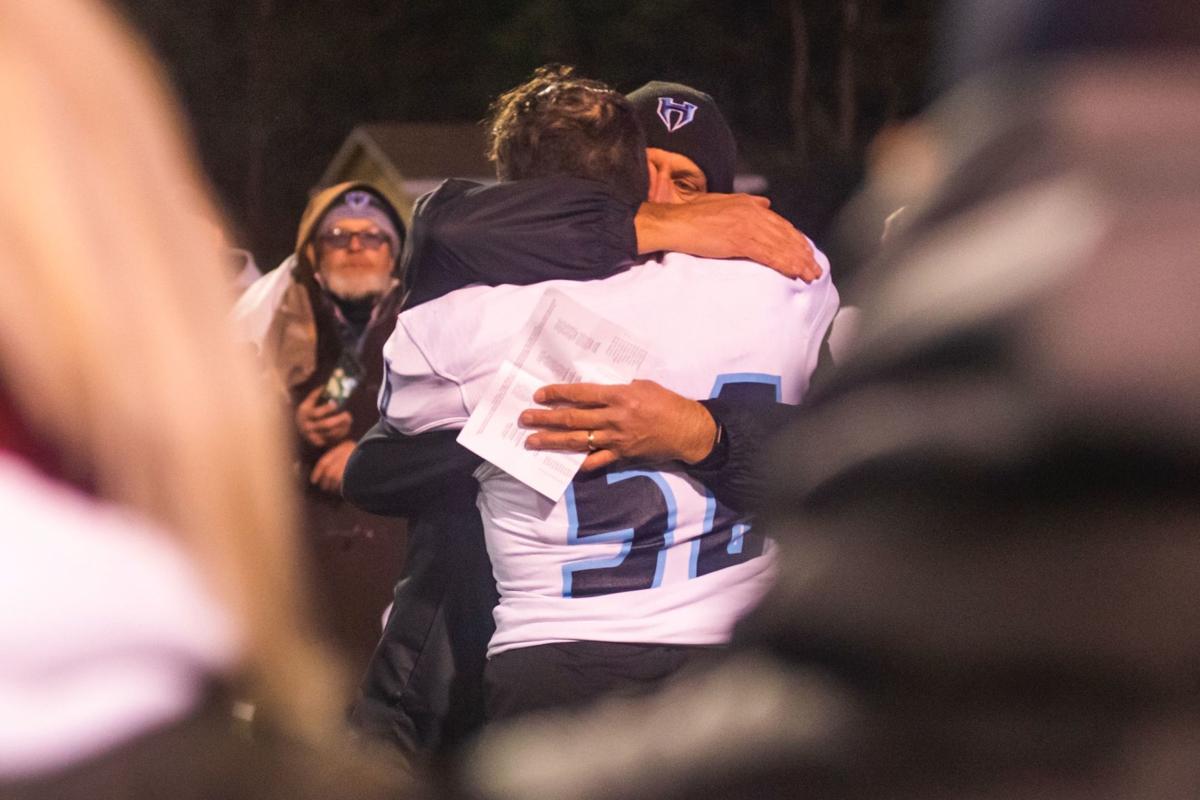 Head Coach Rick Steele shares a heart-to-heart moment with a player after losing to Tumwater in the 2A State semifinal game. 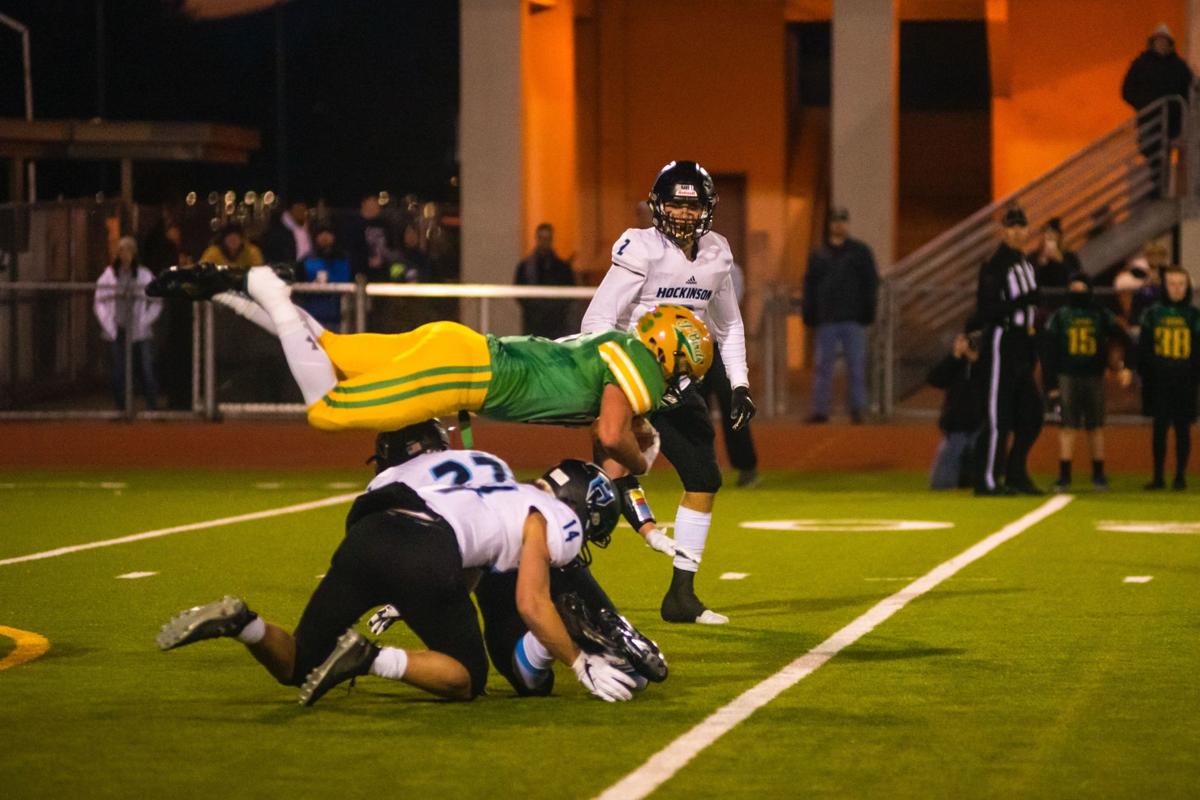 A Tumwater Thunderbird dives over some Hockinson Hawks during the 2A state semifinal game on Saturday, Nov. 30. 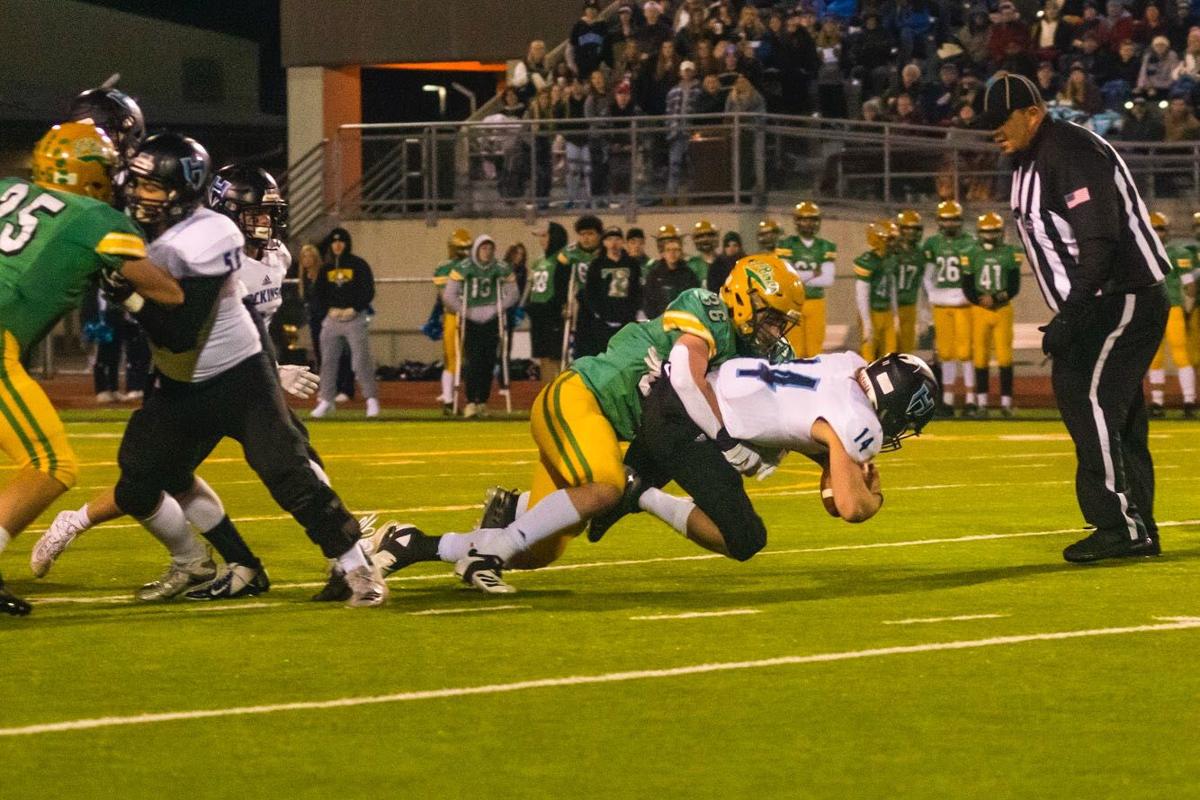 Hockinson senior quarterback Levi Crum protects the ball as he gets sacked during the semifinal game of the 2A State tournament on Saturday, Nov. 30. 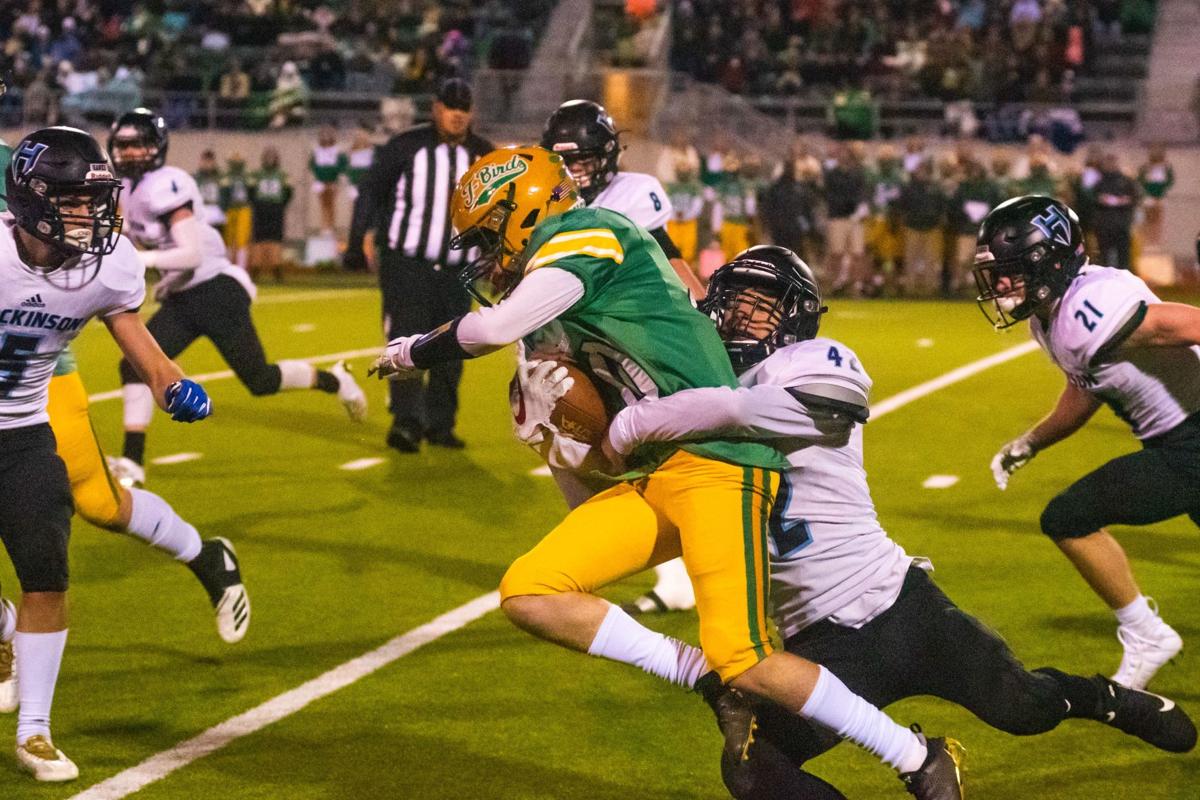 Sophomore Andrew Domingos takes down a Tumwater Thunderbird during the semifinals on Saturday, Nov. 30. 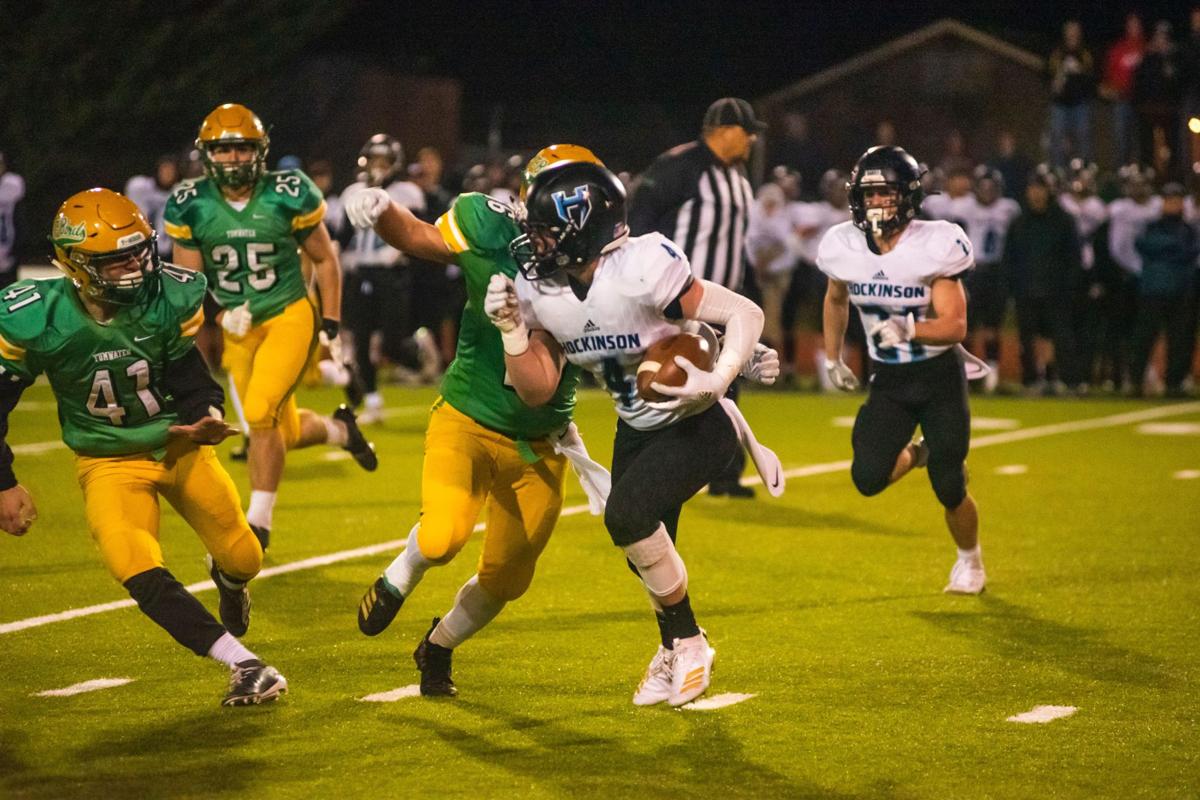 Senior receiver Chase Roush runs with the ball in a game against Tumwater Saturday.

With two back-to-back state championship wins and an overall record of 38 wins and 2 losses over the past three years, the Hawks set a precedent for high school football and what a group of teenagers can achieve on the field.

“The last three years with this group of kids, seniors especially, has been fantastic,” Hockinson Head Coach Rick Steele said. “You don’t have very many classes come through that have that type of success.”

The Hawks suffered their first loss in 28 games when they faced Archbishop-Murphy at the start of this season. Following the 27-21 defeat, the Hawks won every other game of the regular season and two playoff games. A 55-7 state semifinal loss to Tumwater on Saturday night marked the end of an era.

“We had some injuries this year that kind of bit us,” Steele said.

Hockinson went into the 2019 season without star receiver and University of Washington commit Sawyer Racanelli.

Racanelli, the 2018 2A state football player of the year, tore his ACL during a scrimmage in June and was out for the entire year. Racanelli spent time on the sidelines this year helping out in any way he could by running plays during practices and being at games with coach Steele.

Along with Racanelli, the Hawks suffered additional injuries and had to rely on younger players to fill the gaps.

“That was the fun part towards the end of the season was seeing the younger kids get out there and play,” Steele said, mentioning that sophomore Liam Mallory and junior Makaio Juarez really stepped up for the team this year. “We always knew that kid was special and in the shadow of Sawyer.”

Steele said the injuries gave him and the team the opportunity to open up the offensive line and run the ball more than they have in the past.

“We haven’t had this many yards rushing in quite a few years,” he said. “That’s all because of these kids.”

As the team of star seniors moves on, the younger players are who Hockinson is working on building up for the future of football at the school. Steele said that while there might not be any Division 1 players on the team, it’s still “a solid group of kids.”

Along with a solid season, Steele celebrated his 100th win with the Hockinson High School football program earlier this year.

While the season may have come to an end sooner than the last two, coach Steele said he’s proud of the kids and the work they put in this season.

“Yeah, it was tough to lose (on Saturday),” he said. “But we made the final four and I think any football program that can do that would call that a very successful season.”