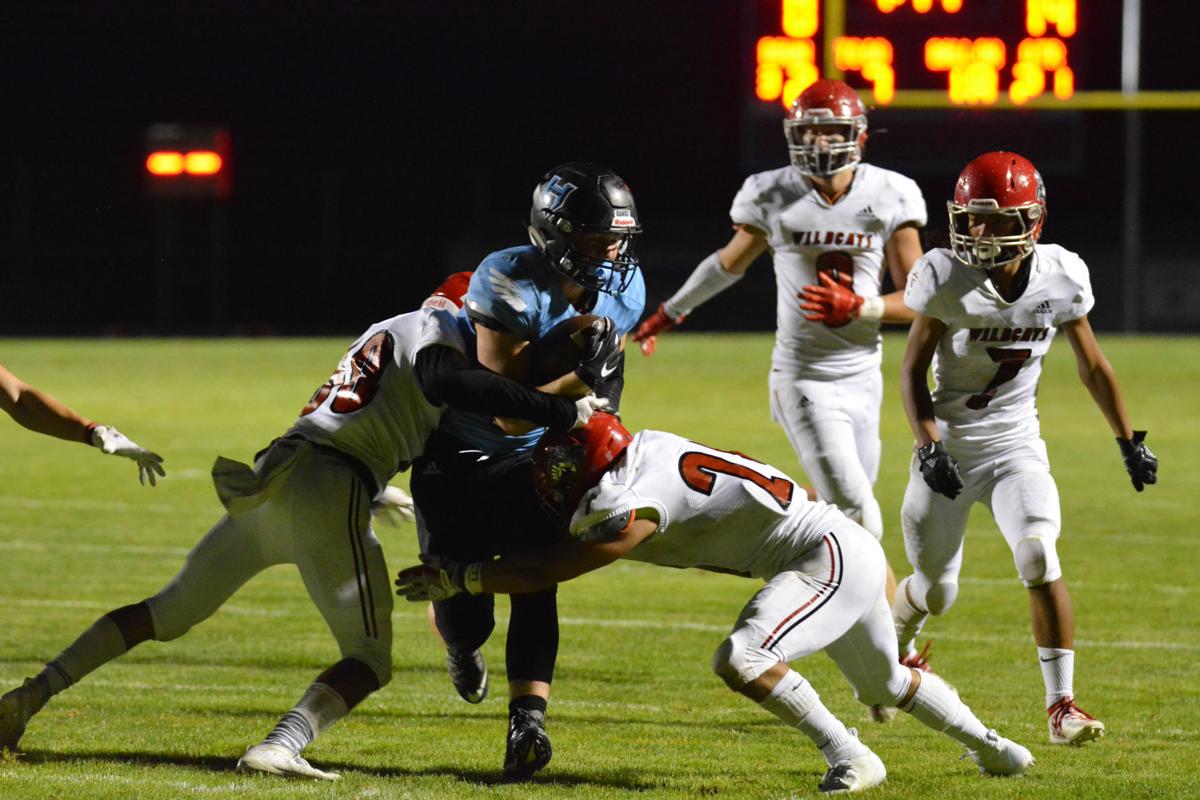 Hockinson’s Cody Wheeler gets tackled on a running play during Friday night’s game against Archbishop-Murphy. The sophomore rushed for a total of 52 yards. 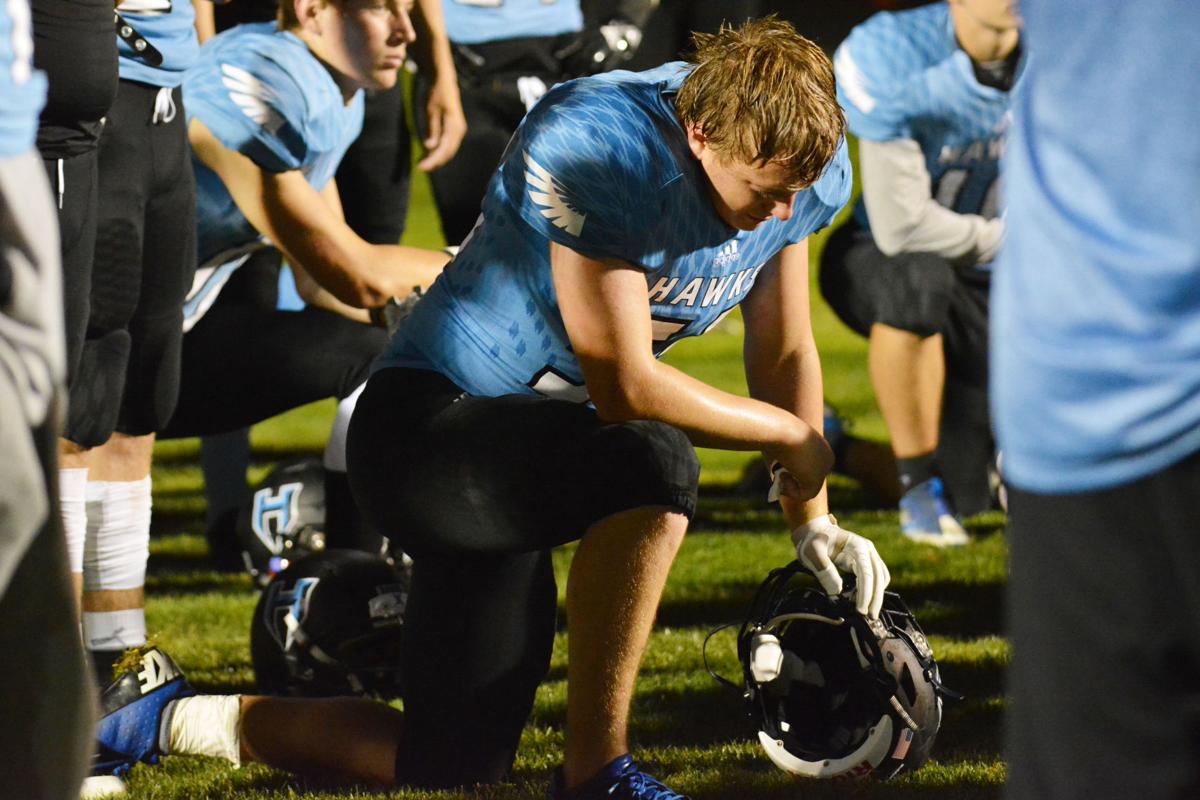 Emotions were high for Hockinson senior Troy Visnius after Archbishop-Murphy gave the Hawks their first loss since 2016. Visnius kicked a 36-yard extra point after a penalty in the fourth quarter. 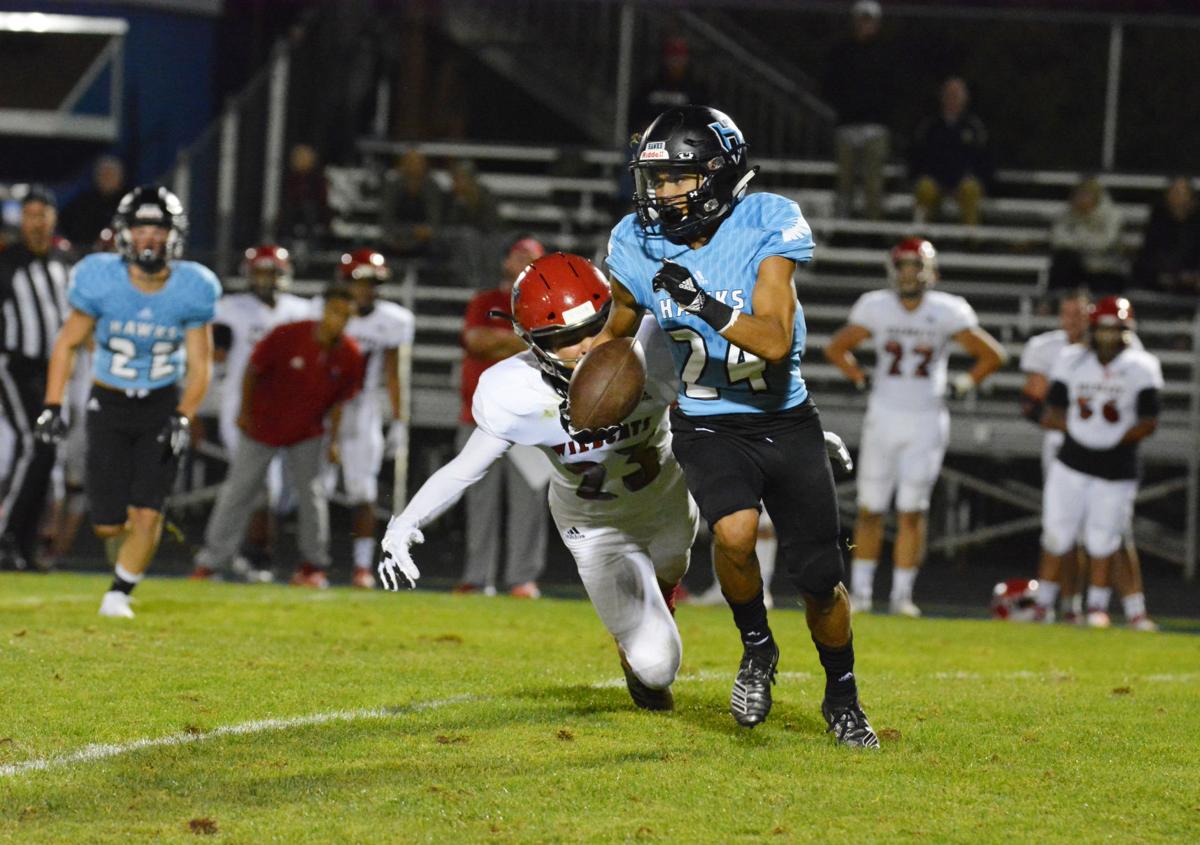 Hockinson’s Cody Wheeler gets tackled on a running play during Friday night’s game against Archbishop-Murphy. The sophomore rushed for a total of 52 yards.

Emotions were high for Hockinson senior Troy Visnius after Archbishop-Murphy gave the Hawks their first loss since 2016. Visnius kicked a 36-yard extra point after a penalty in the fourth quarter.

Since 2016, the Hockinson Hawks have been an unstoppable force in 2A high school football, winning 28 games in a row. With two undefeated seasons ending in two state championships, the last time the Hawks lost was in the 2016 playoffs.

That all came to an end Friday night at Hockinson High School.

“All streaks come to an end,” Hockinson head coach Rick Steele said after a 27-21 loss against non-league opponent Archbishop Murphy. “We’ve won a lot of football games and now we’ve lost one and that gets our attention.”

Friday’s game started off slow for Hockinson. On their first drive, despite being deep in Wildcat territory, a sack set them back 28 yards, followed by an interception on the next play.

After a scoreless first quarter, Archbishop Murphy started the second quarter strong with a 74-yard touchdown run by their quarterback Victor Gabalis within the first minute and again with just over six minutes left to play. The Hawks fired right back after the Wildcats' second touchdown with a five-yard scoring run from senior Cody Wheeler, bringing the score to 14-7 with two minutes left on the clock. The Wildcats found footing and scored another touchdown with 1:25 left on the clock. Hockinson’s Jeremiah Faulstick didn’t let the score sit as he reeled in a 14-yard pass from Crum, putting the score at 21-14 at halftime.

“The first two quarters we kept shooting ourselves in the foot whether it was interceptions, fumbles or penalties,” Senior Quarterback Levi Crum said. “That’s what we had to overcome the second half.”

A scoreless third quarter followed halftime, with Hockinson holding the Wildcats steady until the fourth quarter.

With 11 minutes left to play in the game, Archbishop-Murphy stretched their lead to 13, but Hockinson blocked their extra-point attempt.

With just over five minutes left in the fourth quarter, senior Peyton Brammer caught a 26-yard touchdown from Crum, and although backed up 15 yards by a penalty, Hockinson senior Troy Visnius sent the extra point right down the middle, making it a six-point game at 27-21.

That would be the last time the Hawks were able to crack through the Wildcats’ defense, however. After a 4th-down pass by Crum slipped through the hands of a Hockinson receiver with less than a minute to go, the Wildcats kneeled out the clock.

This year, the Hawks are without star receiver and 2A state Player of the Year Sawyer Racanelli due to a knee injury. Coach Steele said that while the team felt the loss of star receiver, the penalty yards are what really set the team back.

“I give Archbishop Murphy a lot of credit but we did a lot of things to hurt ourselves. You can’t have as many penalty yards as we had and still win a football game,” he said.

Quarterback Crum said he plans to work on “pushing the offense right off the bat” and scoring early.

“I put that (leadership) on myself as one of the leaders of the offense,” he said. “I think (the loss) is humbling for us and I think we’re already ready to play next week.”

Next week, Hockinson plays their first away game of the season at R.A. Long High School.

Cody Wheeler: 52 yards on the ground including a touchdown.