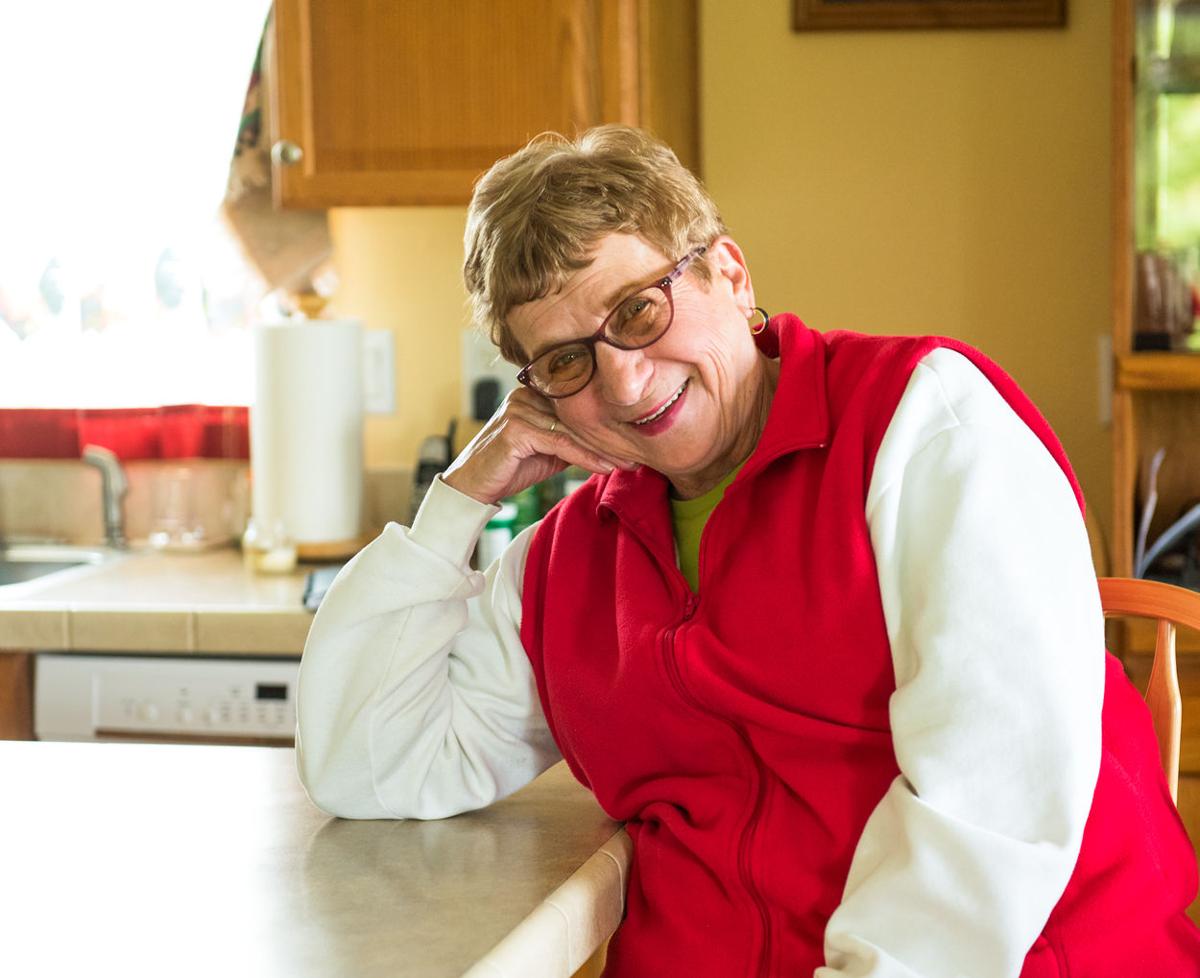 KAY NOCK of Brush Prairie, 75, shares fun and laughter when she joins in senior activities in Battle Ground. 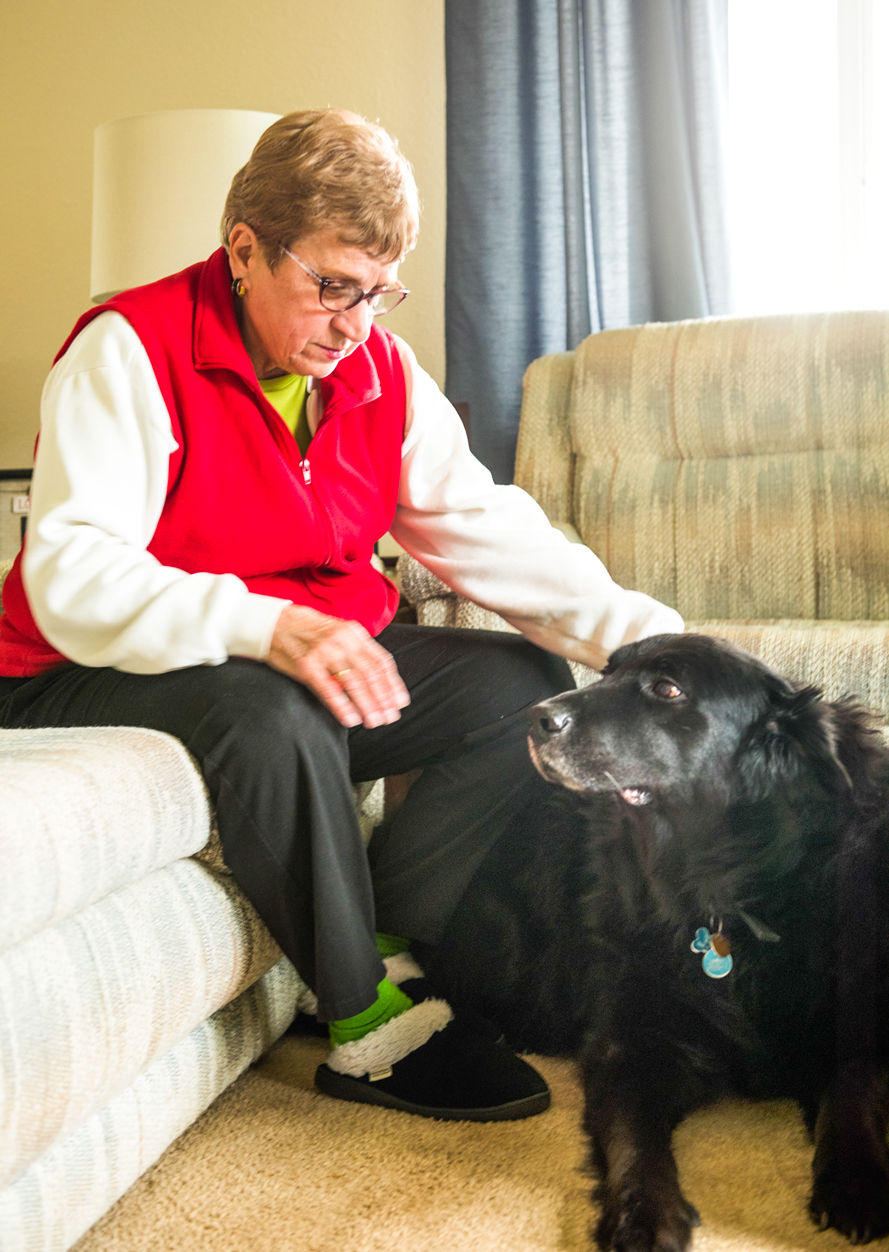 KAY NOCK of Brush Prairie, 75, shares fun and laughter when she joins in senior activities in Battle Ground.

If you want to know what there is to do around Battle Ground for senior citizens, just ask Kay Nock.

Nock’s week is a busy schedule of almost every senior activity Battle Ground has to offer. The 75 year old is a regular at senior exercise classes, Meals on Wheels, the Mad Hatters monthly lunch group and Bunco at the Senior Center.

She has tried hand crafts, but the one that stuck is a quilting group at her church making simple tied quilts for third world mission efforts.

“I like it because I get to know the other people,” she said. “I tried knitting. I tried crocheting. I don’t have the patience!”

Nock does have the patience for exercise though. She has always liked to take care of her body and stay healthy.

“I’ve always been a person who likes to exercise,” she said.

She started out exercising along with Jack LaLanne when she was a mother of young children, and they would exercise alongside her. She has exercised at home and with groups, but especially likes the support of an exercise class.

Her exercise routine includes three days a week of senior exercise classes at the Battle Ground Community Center, two days a week at Curves and even Zumba.

“We wear a beaded skirt and shake our fannies!” she said with a gleam in her eye.

She has always enjoyed the friendships she finds at exercise class, and that has been even more important since her husband passed away suddenly a year and a half ago, after 55 years of marriage. Those friendships and activities anchor her days.

She feels fortunate, she said. She had a happy marriage for 55 years. She has three children, six grandchildren and four great-grandchildren. But after her full days and the people she enjoys, sometimes it’s lonely at home. Her constant companion there is her 13-year-old Newfoundland cross dog, a huge, gentle beast with a thick, soft black coat and a hearty bark.

Nock moved to Brush Prairie eight years ago, when her youngest daughter and son-in-law were looking for a rural property, and Nock and her husband decided to look for adjoining parcels where they could live nearby. She loves the friendly community she has found here, and the pastoral view of green pastures and grazing horses outside her window.

“It’s worked out well,” she said, to have her daughter next door.

Nock looks forward to visits with her growing family, and recounts one time in particular when she got almost too much of them. One summer her son asked if his two young sons could stay with her and her husband while he was in transition for the military. They happily agreed. Shortly after, her daughter, also in the military, found herself caring for her hospitalized husband who was seriously injured in an accident. Her four children needed to stay with their grandparents as well.

For two and a half months, Nock cared for her six grandchildren, ages 8, 7, 6 and three who were 3 years old. She laughs, “I thought I’d have a nervous breakdown!”

Nock worked at a few jobs over the years, while she was raising her children. She was a cashier at K-Mart, worked in a mall food court and worked at retail stores during the busy holiday season. Her husband didn’t understand why she wanted to work, she said.

“I liked retail. I enjoyed the people.”

People would come in crabby and she would try to make them smile.

Spending time with other people and having fun is the theme you hear over and over from Nock. “I have to have fun when I do things,” she said. “I make people laugh if I can. Laughter is the most wonderful medicine.”