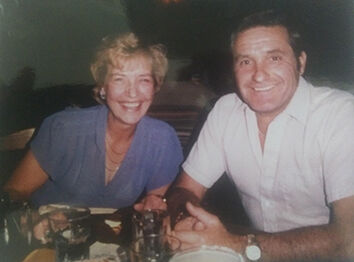 Fern was born on Sept. 15, 1928 to Gene and Minnie Fisher of N.D. She grew up on their large farm near Medina. After graduating from high school, she taught school in a one room school house. Fern and her students all rode horses to and from school, where they used a wood stove to stay warm during the North Dakota cold winters.

Fern met John Fandrich following his service in WWll and they married in 1949. They were married for 63 years. Fern gave birth to their first son in a farmhouse with an old country doctor assisting. Then they headed out traveling and working their way across the country, eventually ending up in Battle Ground, Wash. While living in Battle Ground they had two more sons before moving to Ridgefield, Wash., where they welcomed their daughter.

Fern enjoyed working in her flower beds, she could grow anything. She was a great cook and made the best cinnamon rolls. She loved going to garage sales, collecting old things that she found beauty in and had many sales herself. Fern’s favorite songs were The Red River Valley, Blue Eyes Crying in the Rain, Distant Drums and any song by Henry Mancini. She was an avid book reader and completed crossword puzzles in pen. She wore hats when they weren’t in style, because that was her style and she looked beautiful in them. Mom had a big smile, drank tons of coffee and loved to talk.

Fern volunteered for Neighbors Helping Neighbors Food Bank in Ridgefield for over 25 years. She had many titles including Secretary, Assistant Coordinator and finally Coordinator. Fern loved helping people, and I’m sure she would be pleased to have those who would like to honor her life donate to N.H.N. in her name.

Fern was preceded in death by her husband, John; her son, Barry; and her daughter-in-law, Patty.

She is survived by her sons, Rocky and Scott Fandrich; her daughter, Becky Fandrich; and her son-in-law, Scott Reister. Fern is also survived by four grandchildren and one great grandchild.