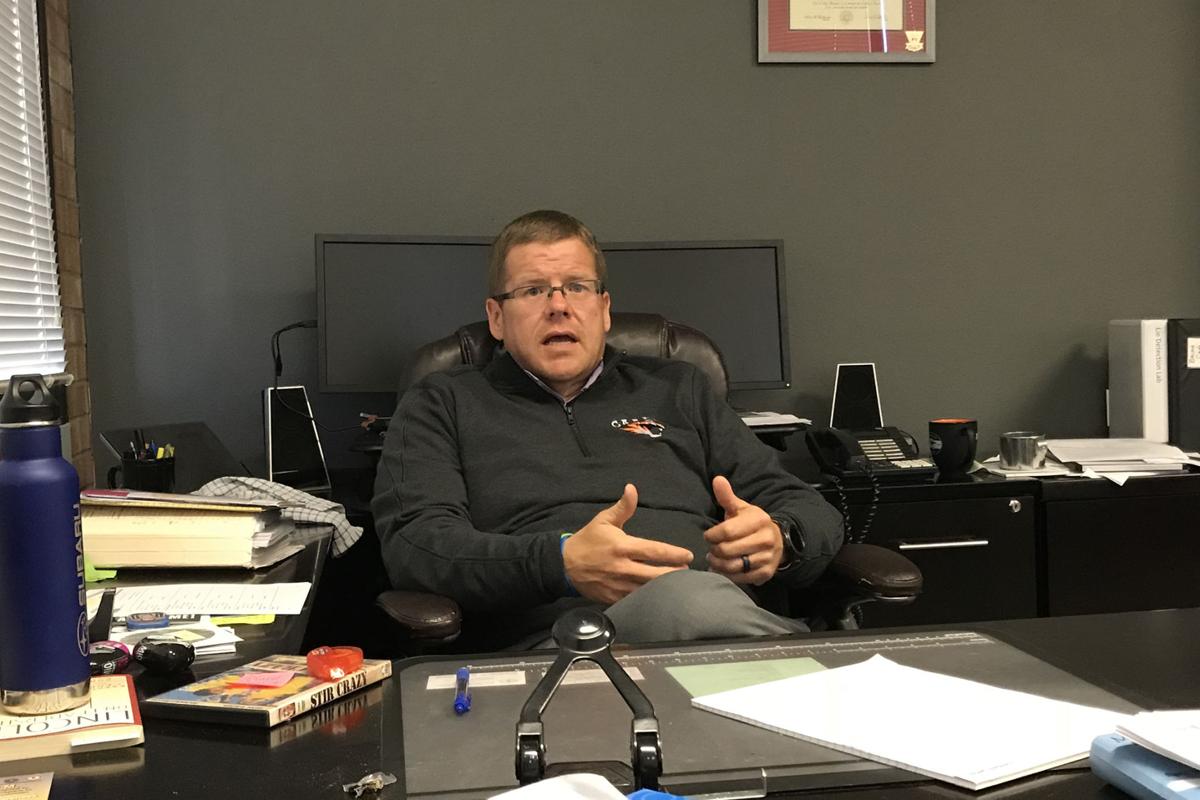 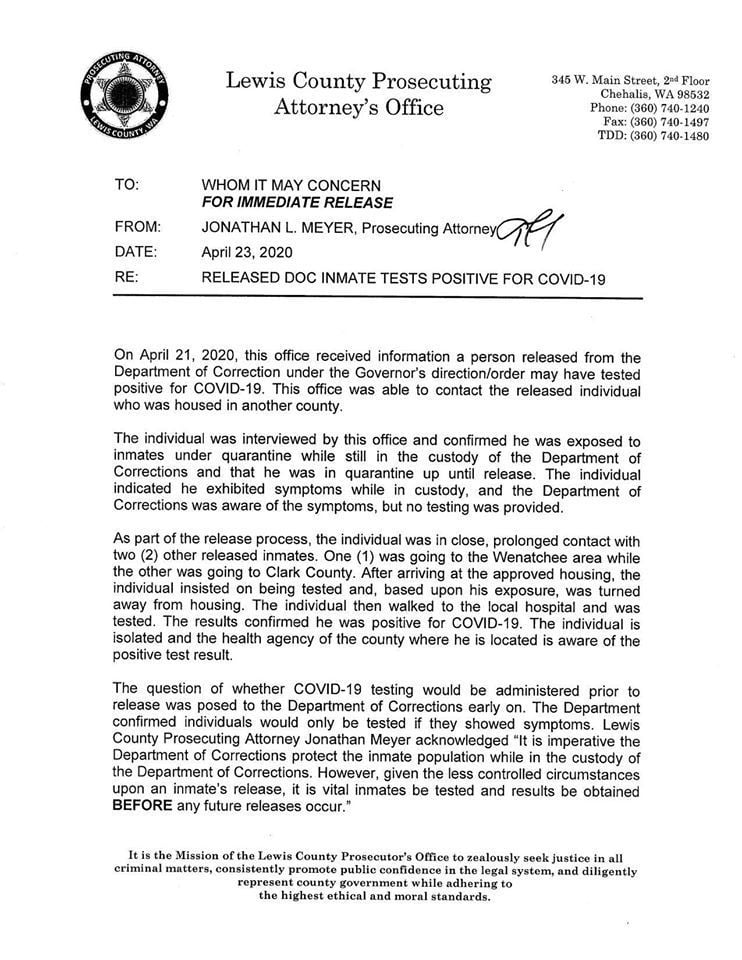 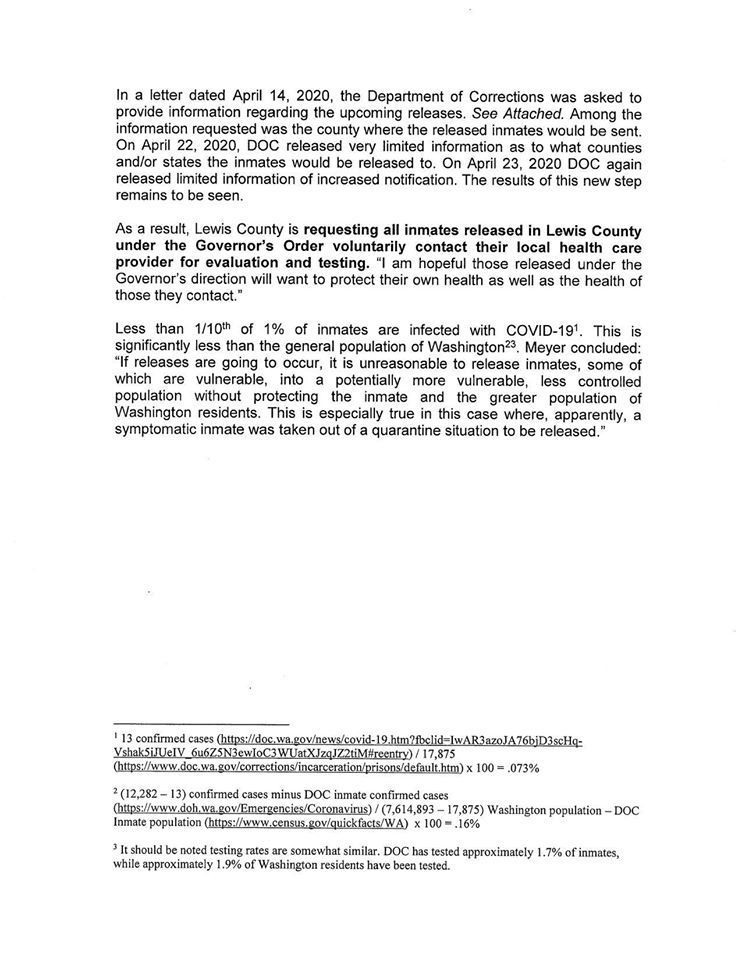 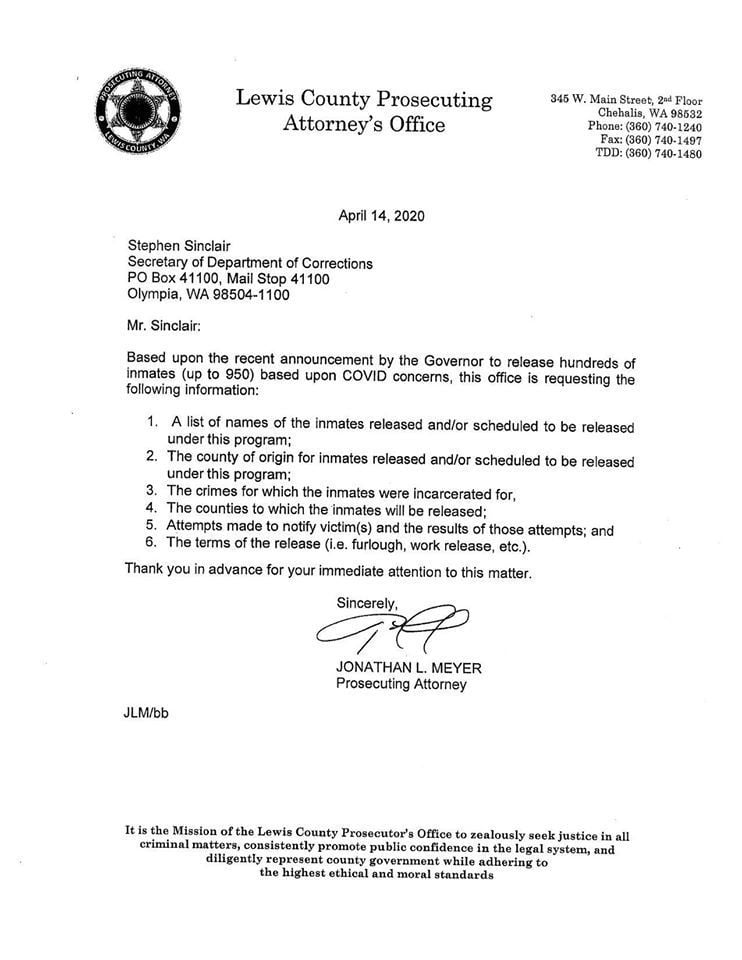 In a Thursday press release, the prosecutor’s office said it made contact with with the individual after learning April 21 that he may have tested positive for the novel coronavirus.

The man, who was housed outside of Lewis County after his release, confirmed in an interview with the prosecutor’s office that he was exposed to other inmates under quarantine while still in the custody of the Department of Corrections. He said he began showing symptoms while in custody and the DOC was aware, but no testing was administered.

“As part of the release process, the individual was in close, prolonged contact with two other released inmates,” Meyer wrote. “One was going to the Wenatchee area while the other was going to Clark County. After arriving at the approved housing, the individual insisted on being tested and, based upon his exposure, was turned away from housing. The individual then walked to the local hospital and was tested.”

According to Meyer’s press release, the results of the test confirmed he was positive for COVID-19. The man is currently isolated and the health agency of the county where he is located is aware of the positive test, Meyer wrote.

Meyer says the Department of Corrections reported that inmates set for release would only be tested if they showed symptoms.

Meyer noted that less than one-tenth of 1 percent of inmates in the state are infected with COVID-19, which is less than the general population.

“If releases are going to occur, it is unreasonable to release inmates, some of which are vulnerable, into a potentially more vulnerable, less controlled population without protecting the inmate and the greater population of Washington residents,” Meyer said. “This is especially true in this case where, apparently, a symptomatic inmate was taken out of a quarantine situation to be released.”

Approximately 950 inmates were scheduled for release after the state supreme court ordered Inslee to protect vulnerable inmates from exposure.

See Meyer’s full press release below. This story will be updated.