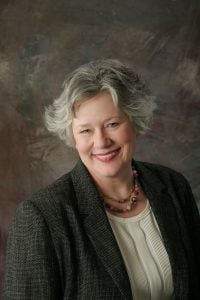 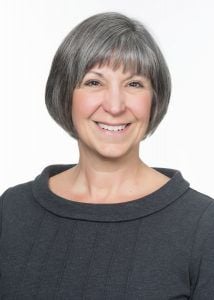 Clark College has announced an interim president to replace retiring head Bob Knight as it continues its search for a permanent replacement after Knight’s 13-year tenure as head of the institution.

The Clark College Board of Trustees voted unanimously during a special meeting June 25 to accept former Portland Community College Rock Creek Campus President Sandra Fowler-Hill as its interim president, according to an announcement from the college.

Fowler-Hill was selected following a two-month process for an interim president led by the college Board of Trustees with support from Gold Hill Associates, a national search firm, according to the announcement.

The college’s announcement also noted that outgoing president Knight would be leaving earlier than expected. Though when Knight made his announcement to retire in January his scheduled leave date was Aug. 31, that has now changed to July 15. He is planned to help with the transition of Fowler-Hill into the role both before and after his official departure date.

According to a position description from the college, Fowler-Hill will not be considered for a permanent position. A frequently asked questions web page for the presidential search states that not considering her follows best practices as it “allows a neutral/objective interim to focus on critical tasks of the office of the President during the transition, and eliminates any appearance of preference in the selection of the permanent president.”

The next step is the formation of a presidential search committee, set to form this fall. Fowler-Hill will serve as interim president through the 2019-2020 academic school year, according to the announcement, by which time a permanent college head is expected to be selected.

Clark College Trustee Paul Speer said that Fowler-Hill was selected from “three excellent candidates” following interviews with faculty, staff, students and the board of trustees as well as an open forum, the announcement stated.

“This marks a major milestone in Clark’s history,” Speer stated in the announcement, adding that the board wished the process ”to be a robust, inclusive and transparent process.”

While the trustees were selecting an interim president, Gov. Jay Inslee made a selection to fill their board. The college announced last week that retired Workforce Southwest Washington CEO Jeanne Bennett was picked by the governor to serve on its board.

Bennett fills the vacancy on the board left by outgoing trustee Royce Pollard, who resigned in May to spend more time with his family, according to the college’s announcement.

In the announcement, Bennett said she was pleased with the appointment.

“I strongly believe in the college’s mission to be in service to the community and helping students achieve their educational and professional goals,” Bennett stated in the announcement.

Clark College Board of Trustees Chair Jane Jacobsen said that Bennett’s experience would be helpful as the board works on finding a new permanent president.