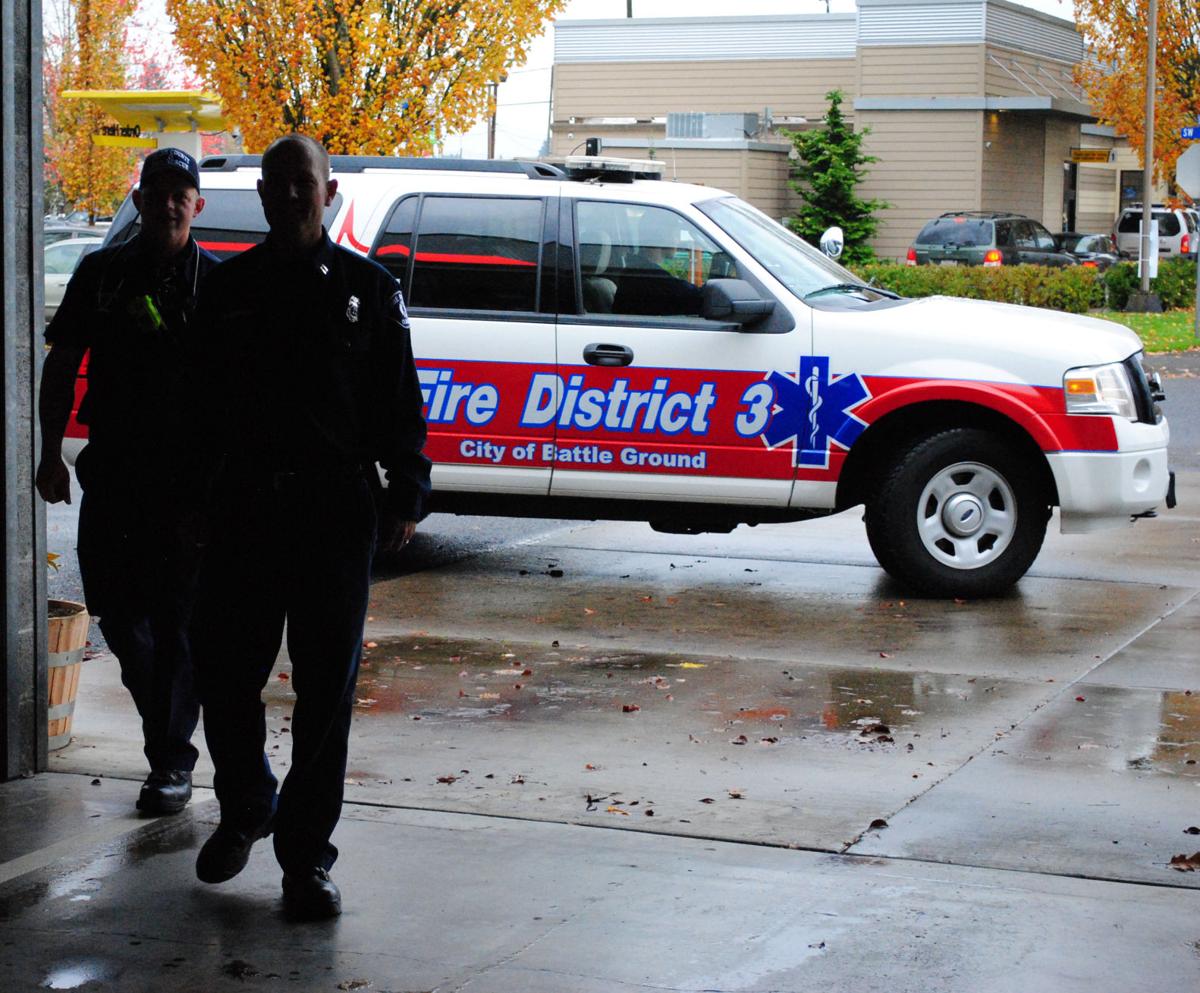 Fire District 3 firefighters walk through the garage at the Battle Ground station. The district began contacting with the city of Battle Ground in 2016. 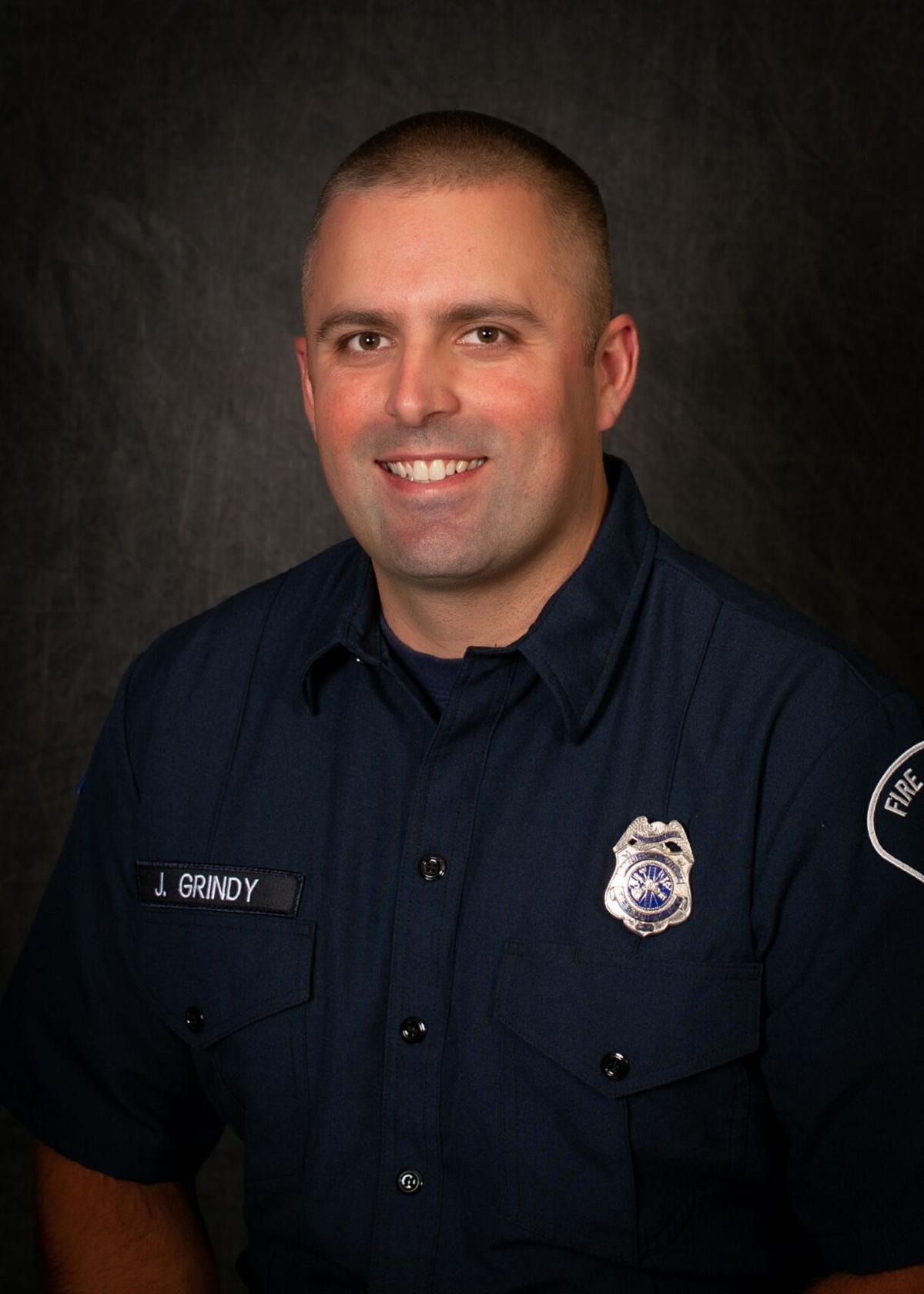 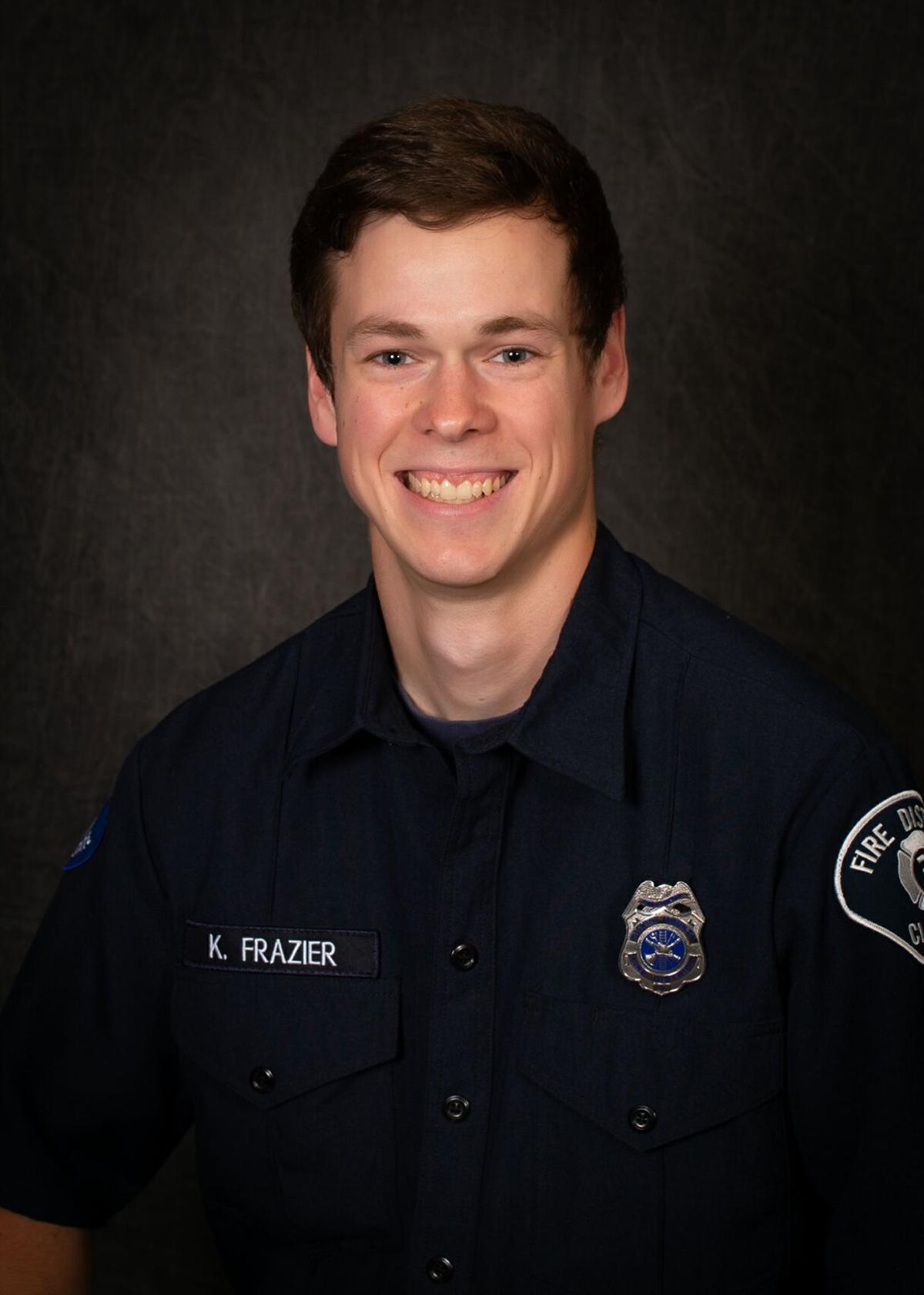 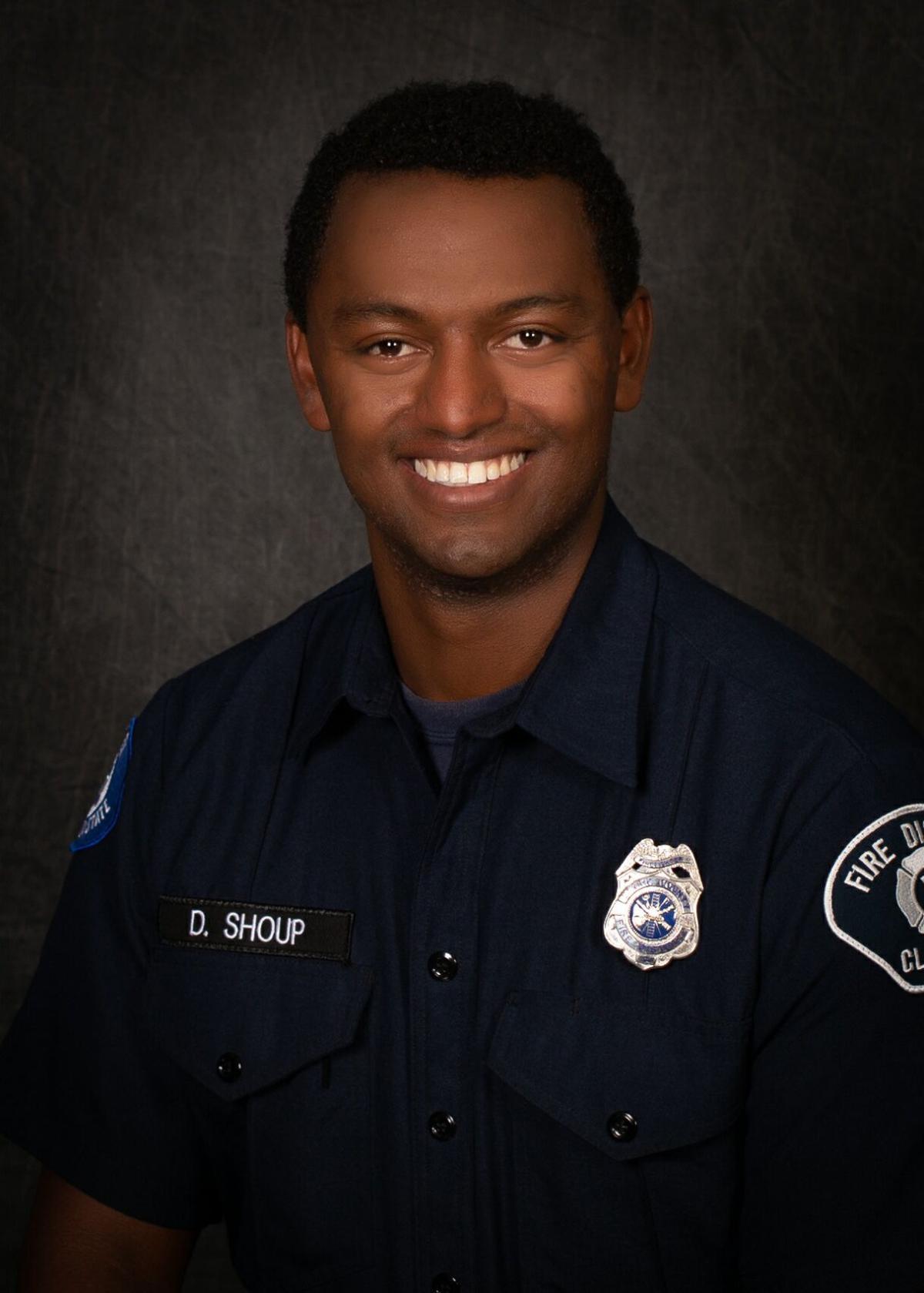 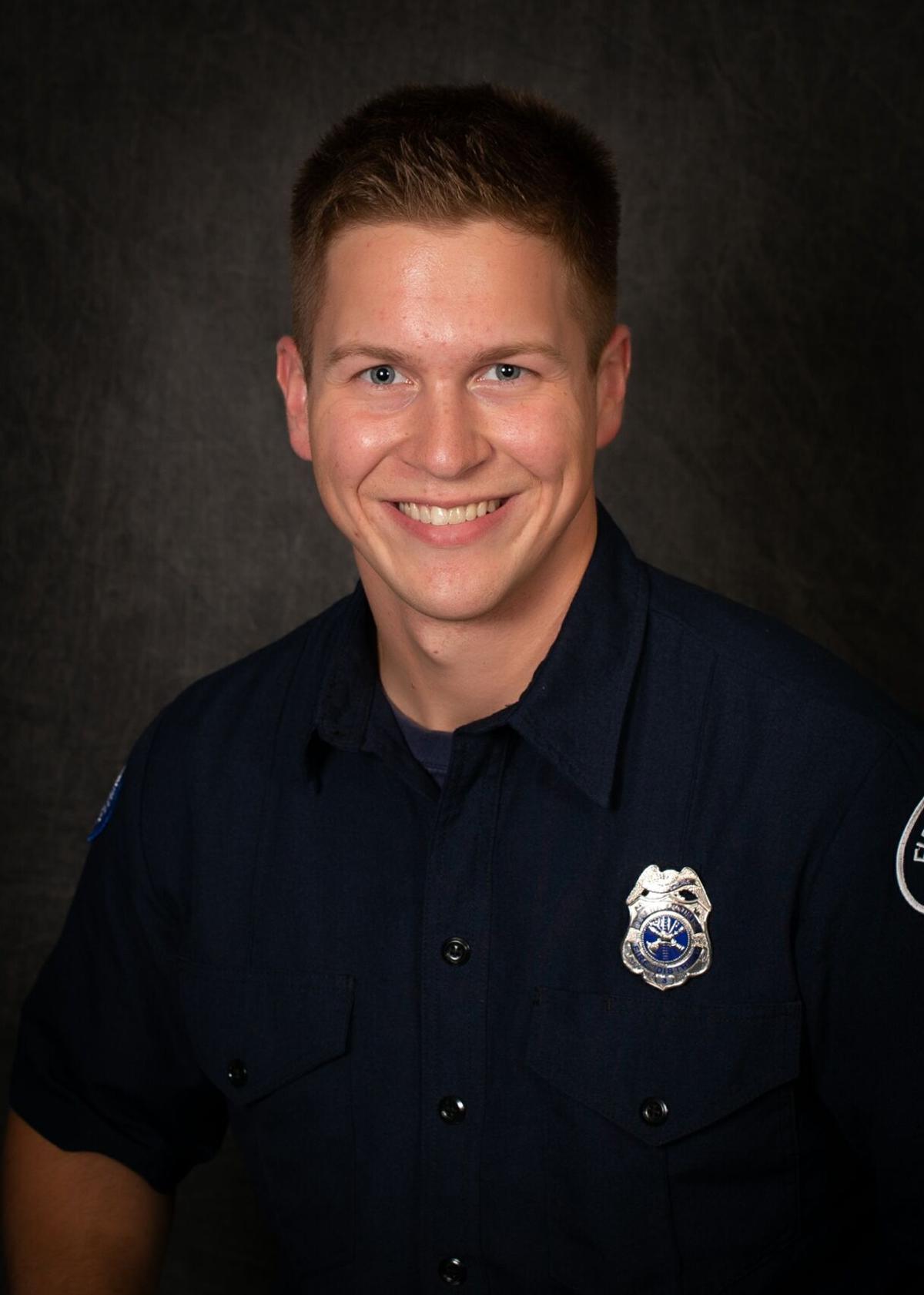 Clark County Fire District 3 (FD3) has made a handful of hires to help staff an increase in fire crews, keeping one of its stations occupied 24 hours a day, seven days a week and increasing the crew count at the district’s Battle Ground station.

The district announced Wednesday, Nov. 11, that it had hired four full-time as well as three volunteer resident firefighters who will be responding to calls by the end of 2020. The additional staff allows the district to have an additional crew active 24 hours a day, bringing the district’s total to five, increasing response capacity districtwide.

Now with an additional crew, two will be based at the Battle Ground Station full-time while one will cover the Venersborg full-time, the release stated, noting that Battle Ground was the busiest station in the district.

Fire District 3 Chief Scott Sorenson said in the release that a 2017 property tax levy lid lift and annexation of Battle Ground into the district earlier this year allowed for the increase of service the hires will support. Both were measures approved by voters, with the annexation formally bringing in Battle Ground to the district, replacing a contract with FD3 for fire protection services.

The annexation guaranteed for the two-crew staffing at the Battle Ground station, the release stated, while the levy lid lift allowed for 24-hour staffing at the Venersborg station.

“We could not have guaranteed these positions under a contract arrangement. Contracts are temporary,” Chief Sorenson said in the release. “City residents are now part of the Fire District so we can invest in long-term plans for emergency services.”

The lid lift also allowed for improvement of FD3’s Station 34, which covers Rawson Road, Elkhorn Mountain, and Summer Hills, the release stated. Volunteer firefighters can now staff the station 24 hours a day due to sleeping and eating facilities, cutting down on response times by having volunteers on-site, not coming from their homes.

“Good things are happening,” said Chief Sorenson. “We want our taxpayers to know that we’re grateful and appreciate their support to help us save lives and property.”

Clark County Fire District 3’s four new full-time firefighter hires will be filling positions at district stations as needed. The district provided information on each of the hires:

Jacob Grindy worked as a street maintenance worker for the City of Camas since May 2012, previously working as a water distribution maintenance worker for the City of Vancouver between 2008 and 2012 and an equipment operator for C2 Utility Contractors between 2007 and 2008. Grindy had also been volunteering for the Camas-Washougal Fire Department since 2007 where he held the position of president since 2014 and lieutenant since 2013.

Dawson Shoup was a volunteer firefighter with Clark County Fire District 3 following a firefighter internship with the district, being with the department since December 2017. Dawson worked as a wildland firefighter for the Department of Natural Resources in the summers of 2017 and 2018 and worked as a Christmas tree salesman for Thornton’s Tree Farm between 2015 and 2019.

Will Drlik worked as a firefighter/EMT at Lebanon Fire District in Oregon since 2018. He also worked as a dock worker for FedEx since February 2020. Drlik had worked as a part-time firefighter/EMT for East County Fire and Rescue between November 2017 and June 2018 and worked in the same capacity at the Kodiak Fire Department in Alaska between August and November 2017. Drlik also volunteered for the Camas-Washougal Fire Department between August 2015 and August 2017 and also interned for Clark County Fire District 3 in 2016.