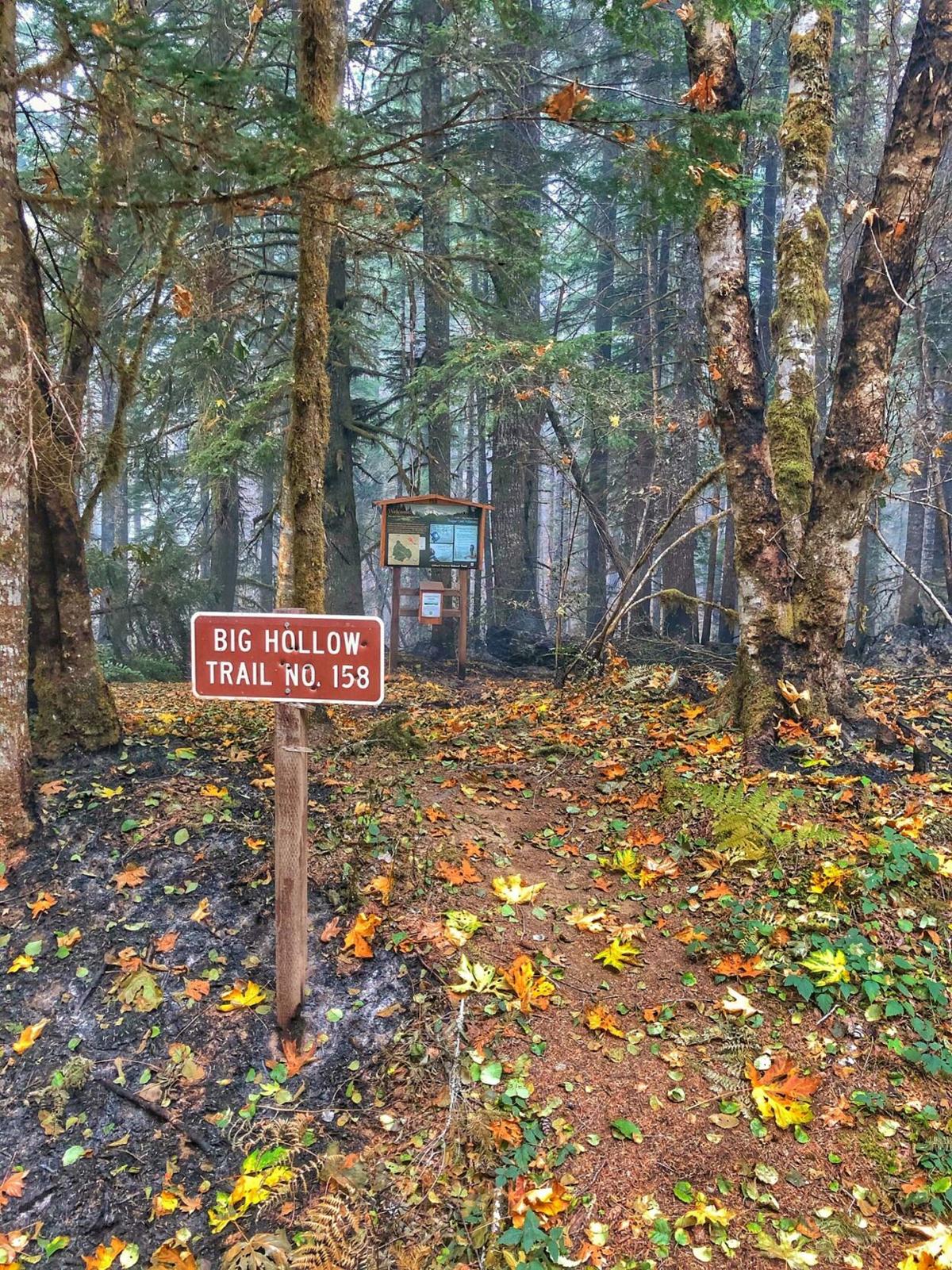 The aftermath of the Big Hollow Fire at the Big Hollow Trailhead Sept. 25. The fire stayed low to the ground and crept along the forest floor. Rain helped cool the area and decrease fire spread. 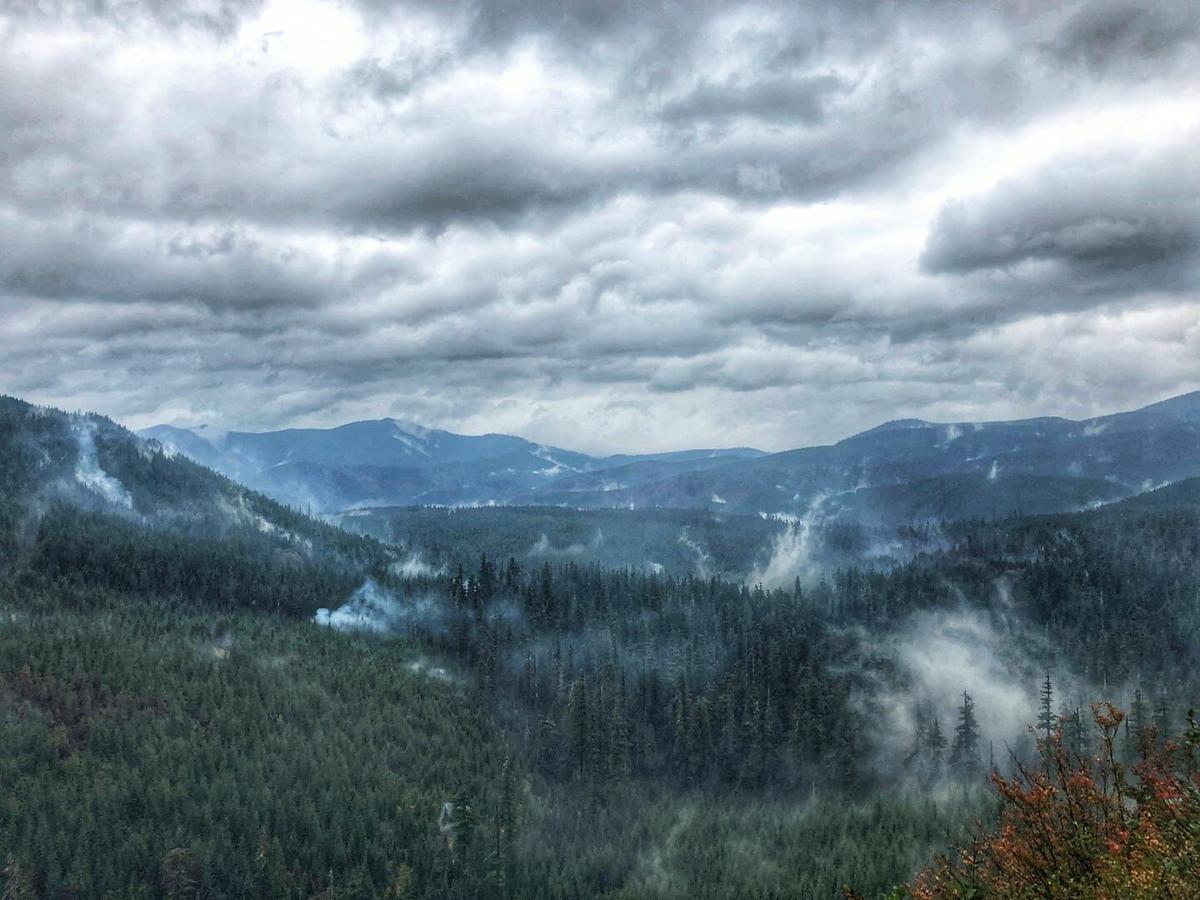 Rain alleviates some of the burning of the Big Hollow Fire Sept. 23 on the northwest side of Trapper Creek Wilderness.

A rainy week helped to fight the Big Hollow Fire, as only about 200 more acres were added to the roughly 25,000-acre burn and evacuation orders were downgraded.

The evacuation notices for cabins located at Government Mineral Springs near the Trapper Creek Wilderness saw downgrades over the week. On Sept. 26 the Forest Service had the notice set to Level 1, notifying residents to be ready for potential evacuation. Earlier in the week the notice was as high as Level 3, meaning immediate evacuation.