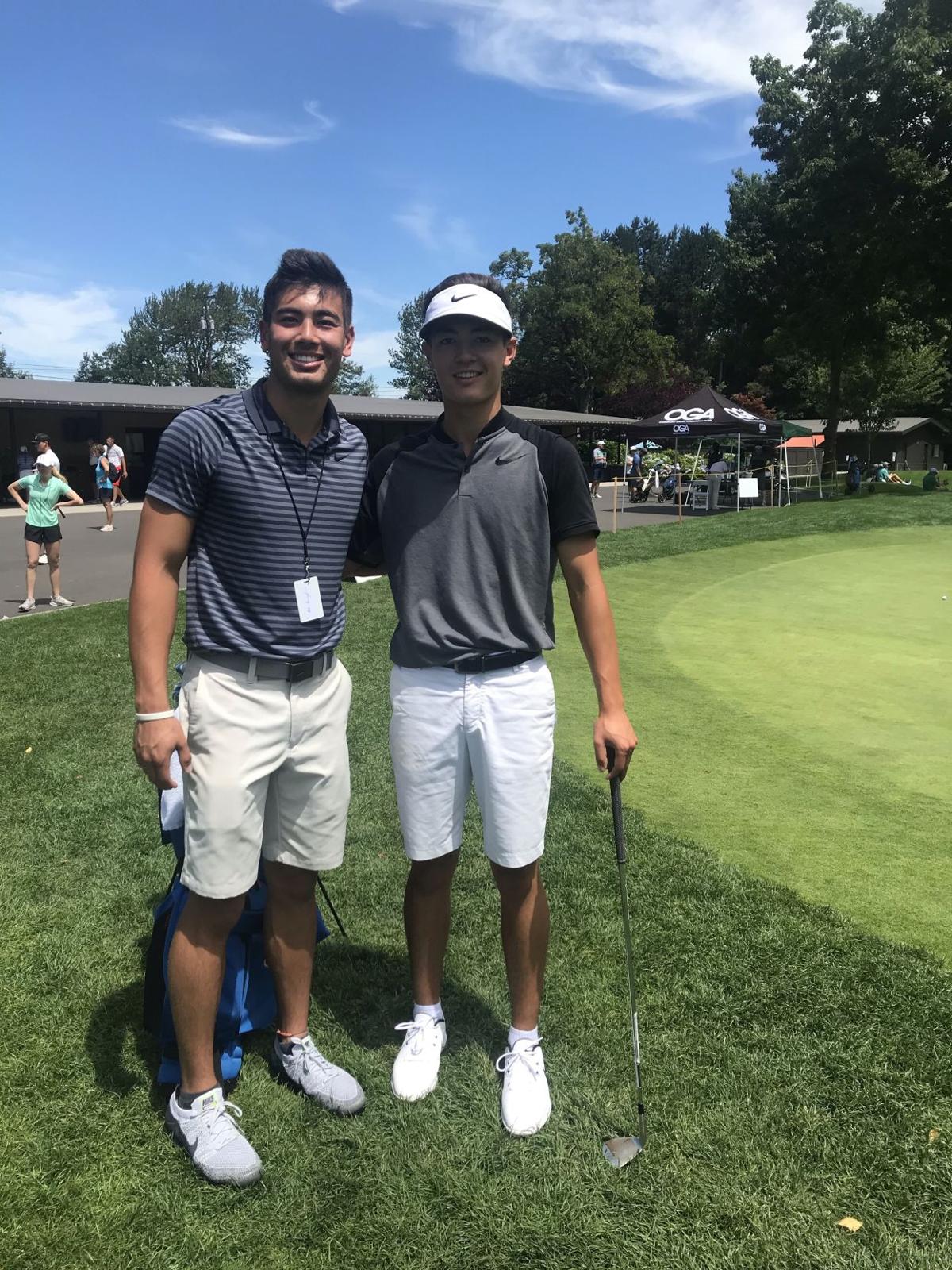 Kellen and Cade Bringhurst usually find sibling rivalry on the course. However, this past week, Kellen caddied for Cade as he golfed in the Oregon Amateur Golf tournament. 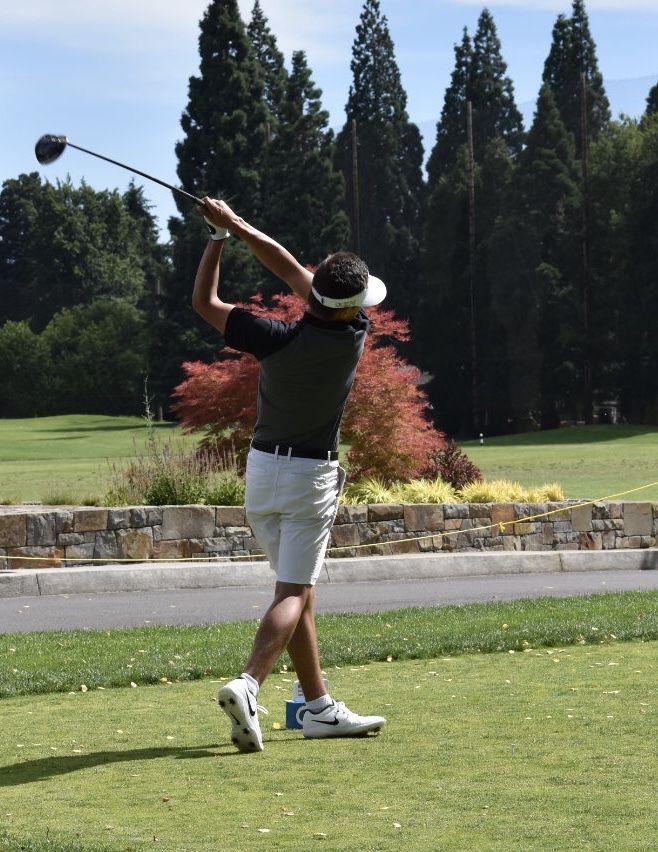 Bringhurst golfed a 76 and missed the match play of the tournament by one stroke.

Brothers Cade and Kellen Bringhurst bond over drives, putts and hitting par. Usually, the duo find themselves getting competitive on the course against each other for the best score. Last week, Ridgefield senior Cade Bringhurst golfed in the Oregon Amateur Golf Tournament and his brother was right along with him, not as a competitor, but as his caddy.

“It was awesome. It was the first time Kellen caddied for me,” Bringhurst said. “It was different this time because he was on the bag and we were trying to figure out how to play this golf course together. It was a lot of fun to strategically talk about where to hit it and where to miss it. Kellen did a really good job. He knows the game of golf really well and he helped me out a lot.”

Last week was the first time Cade played in the Oregon Amateur Golf Tournament, which had 108 players In the field, most of whom were college-level golfers. The tournament had two days of stroke play to seed players for the following match play portion of the tournament. On Monday, Cade golfed a 75. On Tuesday, he hit 76 for a total of 151. Golfers were seeded into the match play portion of the tournament if they golfed a 150 or lower, meaning Cade was just one stroke over.

“I had a costly couple bogeys coming in, which really cost me it,” he explained. “I didn’t chip the ball real well. My game wasn’t really on around the green. All week, that cost me.”

Short play like chipping and putting are what Bringhurst plans to work on throughout the summer months as he prepares for more local tournaments and his senior golf season at Ridgefield High School. Until recently, golf courses in Washington state were closed due to COVID-19 concerns, so Bringhurst and his friends hit up the state to the south to fill all their golfing needs.

“We still played a lot of golf,” he said, mentioning how he plans to keep hitting up courses as much as possible to work on his short game.

“It was a really tough pill to swallow. We were really ambitious and we had a really good shot. I was really bummed out,” he said, mentioning that five of the six players on the team golfed well enough to make it.

Bringhurst is hopeful for next year though as he feels the ambition is still with the team, which only graduated one senior in 2020, his brother Kellen.

“We still have a really strong team and I think we can make it back to the tournament this year,” Cade said, mentioning how he wanted back to back tournament berths.

To Cade, golf is more than just a game, but his life hobby. His favorite part about the largely individualistic sport is just that it’s up to him if he wants to get better.

“With golf you get out what you put into it. If you work hard, you will see results. You’re the one who decides if you want to get better,” he said. “Whether it's to practice or play, there is rarely a day where I don’t have a club in my hand.”