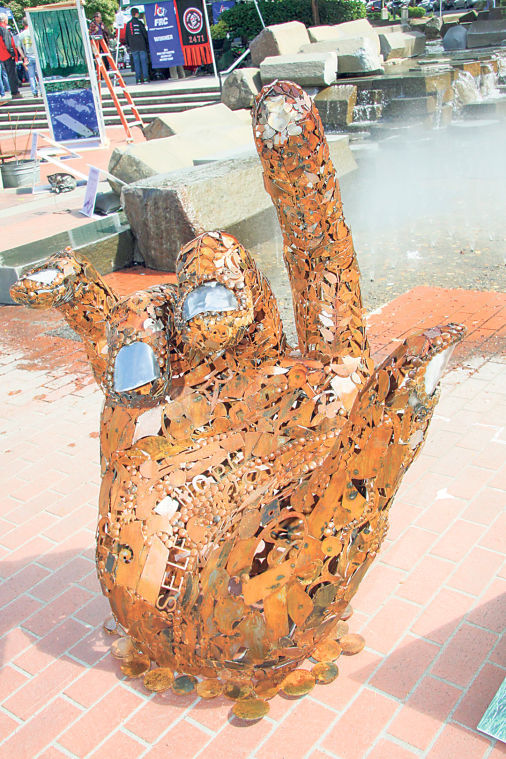 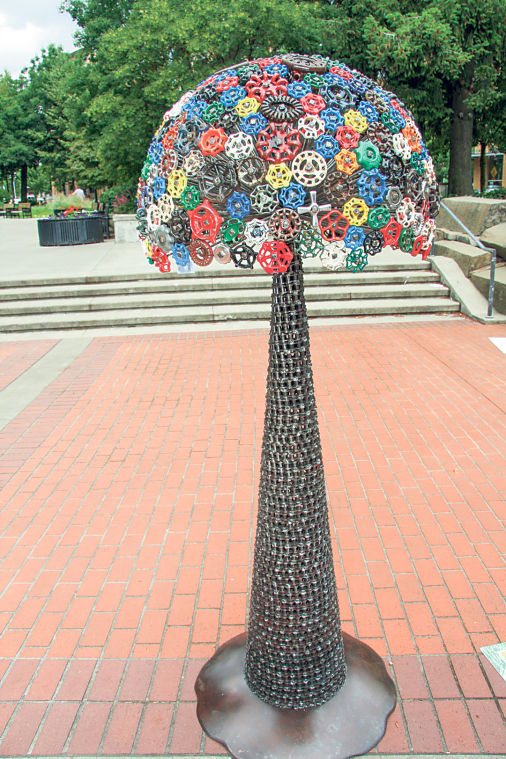 “PUT A HANDLE On It,” an entry from Denise Bergman, was second place in judging. Photo courtesy of Clark County Environmental Services 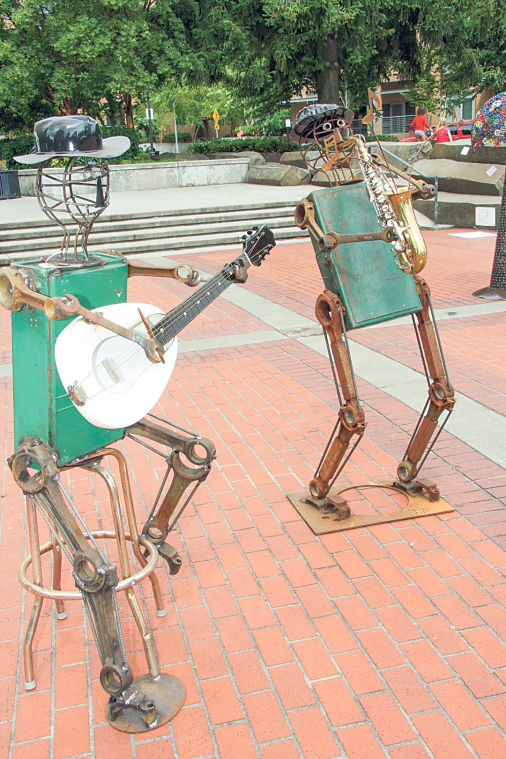 “PUT A HANDLE On It,” an entry from Denise Bergman, was second place in judging. Photo courtesy of Clark County Environmental Services

A human hand fashioned from more than 2,000 pieces of scrap metal was voted top sculpture at the recent Recycles Arts Festival in Vancouver.

The material for the winning artwork came from old cars, unwanted appliances and other discarded items. Tom Jackson, of Portland, a mechanic and fabricator for two decades, crafted the winning sculpture.

The ninth annual Recycled Arts Festival was held June 28-29 in Esther Short Park. It was the first showing for Jackson, who began creating recycled art just two years ago.

The contest included works from 15 artists and drew 983 votes from the public.

Sally Fisher of Clark County Environmental Services, which sponsored the event, estimated that 30,000 people attended the two-day festival, including some who traveled from as far away as Boston.

“It was definitely the most people we’ve ever had in attendance,” Fisher said. “People are really interested in creating a sustainable community and people are discovering the Recycled Arts Festival. We’re a sanction Rose Festival event so word is getting out.”

Due to lack of space, the number of artists who can enter the sculpting competition is limited each year. Entries are juried with only the top artists participating.

“We get some really talented people who take part,” Fisher said. “The majority are from Clark County and then Portland.”

Some out-of-state entries were accepted, too.

Plans are already underway for next year’s 10th annual festival. Fisher said one of the new events will allow festival-goers to create their own art with recyclables they’ve collected during the year.

“They can organize a team from their workplace, school or neighborhood,” said Fisher, adding that spectators will vote for unofficial winners.

Festival organizers always check the weather forecast days before the event, and it didn’t looks good heading into this summer’s activity.

“We were holding our breath,” Fisher said. “It absolutely poured on Thursday, but we marked all the booths and by Friday it was beautiful.”

“Next year’s festival will build more partnerships with businesses, schools and neighborhoods by bringing together a ‘green team’ to create additional recycled art,” said Don Benton, Environmental Services director. “It will also help reduce waste headed for landfills by showing innovative ways to recycle and reuse many ordinary products that have outlived their original uses.”

He believes the festival’s popularity is increasing because it offers three things – information about the environment, recycling tips, and encouragement for people to keep recyclable materials out of the waste stream.

The latter is a cost-saving measure for Clark County, he said. The less waste being sent on barge to Boardman, OR, the less it costs the county, Benton noted.

Besides being educational, Benton said the festival is just plain fun for the whole family. Much of the credit goes to Fisher, the main organizer, he added.

“She’s done an outstanding job and it grows every year,” Benton said. “It’s her baby.”

This year, the cost of vendor spaces was doubled to cut down on the amount of taxpayer money used to stage the event, Benton said.

“Still, we turned vendors away,” he said. “Vendors want to take part because they get good spots and (the festival) is managed well.”