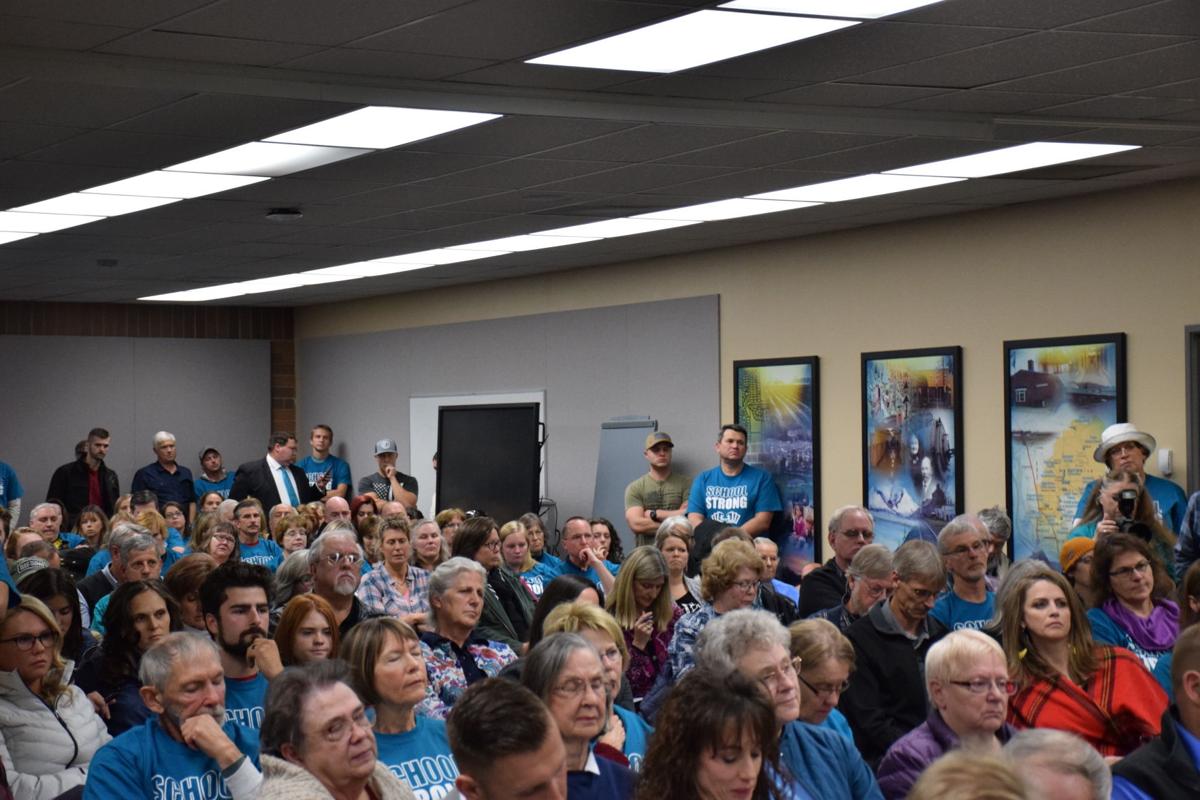 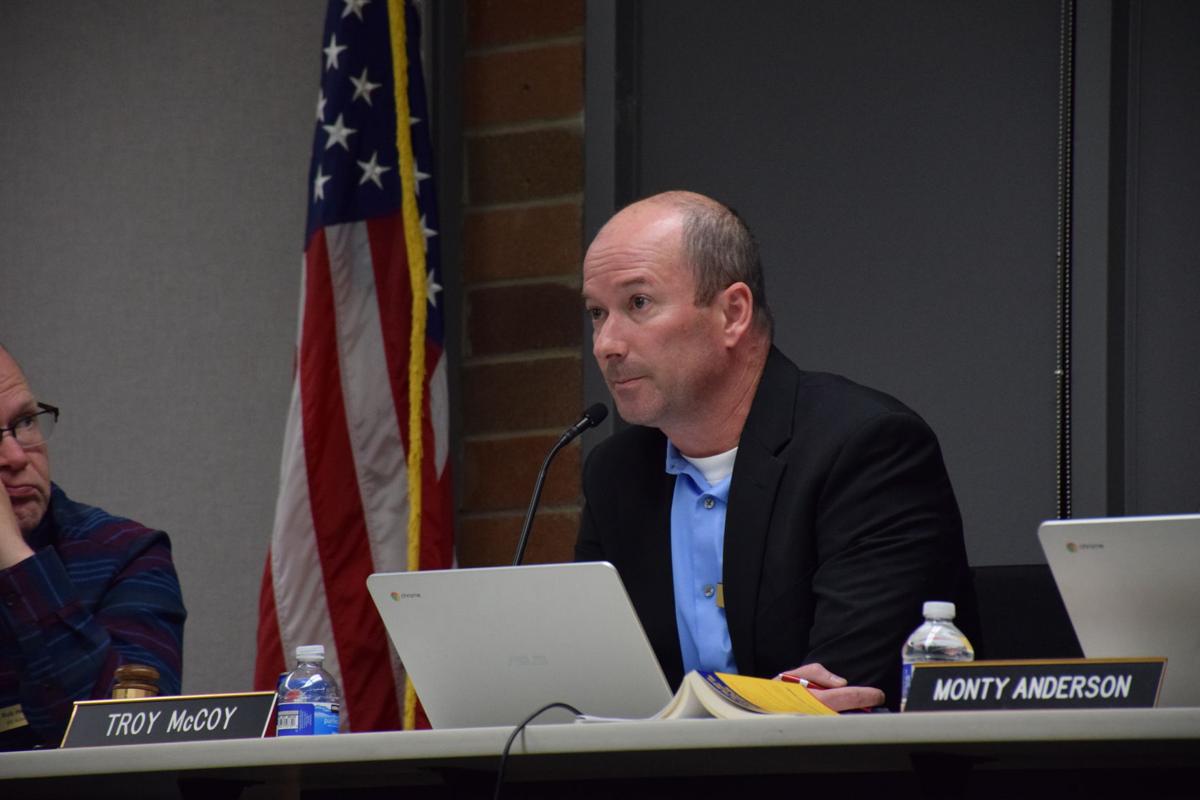 Battle Ground Public Schools Board of Directors President Troy McCoy discusses a proposal to implement comprehensive sexual education in the district during the boards Oct. 28 meeting. The board ultimately voted 3-2 to remove a requirement from its policies.

Battle Ground Public Schools Board of Directors President Troy McCoy discusses a proposal to implement comprehensive sexual education in the district during the boards Oct. 28 meeting. The board ultimately voted 3-2 to remove a requirement from its policies.

The Battle Ground Public Schools Board of Directors has decided to do away with most sexual education following community concerns over the content of the curriculum, instead going with the state minimum of HIV/AIDS prevention education.

The board voted 3-2 during its Oct. 28 meeting to change part of its policy to not teach comprehensive sexual education, keeping only the HIV/AIDS prevention required through the Washington State AIDS Omnibus Act as well as a fifth-grade unit on growth and development. Board President Troy McCoy and board member Mark Watrin voted against the change.

At the meeting, more than 40 members of the public testified, with the vast majority speaking out against the curriculum. Concerns focused generally on the effects of teaching topics such as pregnancy prevention, gender identity and stereotypes over fear it would lead to negative effects on students, such as increased promiscuity.

Several of those who testified claimed that the curriculum was influenced by groups outside of the Battle Ground community. The meeting room featured dozens of individuals wearing teal shirts showing their opposition to the curriculum proposal.

Shauna Walters, a candidate for Battle Ground City Council, said she had removed her child from the school district three years ago over concerns about the curriculum proposal.

“These are conversations that I should be having with my child based on my family’s values, not the values imposed by the government,” Walters said about the curriculum. “I am concerned that we are opening our children up to a world they have not even considered.”

Walters said that if implemented the curriculum would pit the “overwhelming majority” of students and families against “the foreign interests of the sex industry from San Francisco, Seattle, Portland, Washington, D.C. and many others.”

“They do not care about respecting our local communities,” Walters said, saying those interests were focused on “corrupting our children.”

Washington State Rep. Vicki Kraft, R-Vancouver, also said that “there was a larger agenda at hand” with regard to the curriculum. She said what she had seen proposed was “the grooming of the next generation,” mentioning she has worked in Olympia to prevent sex trafficking.

“If you are not 100 percent at peace with voting for comprehensive sex ed, don’t do it,” Kraft said.

Several of the speakers leaned into religion when testifying against the proposed curriculum, citing the Bible and traditional values of sexuality. In one case, an individual attempted to lead the audience in the Lord’s Prayer, though McCoy had prevented those who were not testifying from joining in, per board policy.

A few of those who testified spoke in favor of implementing the curriculum.

“Does sex ed make you want to have sex? I don’t know. Does talking to your kids about healthy food make them not want to go to McDonalds?” Beth Lee, a retired physician, testified.

She stressed the importance of teaching science regardless how “messy” it seemed.

“It isn’t a decision, it’s who they are,” Lee said of youth sexuality. “For them to be told that they are going to go to hell or they’re bad kids … leads to terrible problems with their self-esteem.”

The vote to drop comprehensive sex education followed more than a year of work by staff crafting a curriculum that fit the district, having previously tabled the unit in July 2018. McCoy said that board members had received feedback far outside the district in the leadup, mentioning at least one phone call from someone in North Dakota who was opposed to comprehensive sex ed.

“Between the calls from Minnesota, Michigan and North Dakota, it was tough to get the phone calls from Battle Ground,” McCoy said.

Board Vice President Monty Anderson said neighboring districts had already passed their own comprehensive sex education units, stressing that the board tried to keep the process as transparent as possible.

“I do think that we still need to address the concerns that have been brought up on bullying,” Anderson said, adding he wished to see that issue addressed by the board.

Following the meeting, BGPS spokeswoman Rita Sanders explained that the past curriculum was outdated and did not fit current state standards with regard to teaching a unit that was “comprehensive.” She said the changes would take effect immediately, noting that the HIV/AIDS prevention curriculum retained by the board’s direction was based on the “Essential Health” textbook the district approved for instruction last school year.

Sanders noted that parents were able to opt out of the HIV/AIDS curriculum.

The whole point of school is to educate. So let’s educate!! If you want my tax dollars then do your job, educate!!!