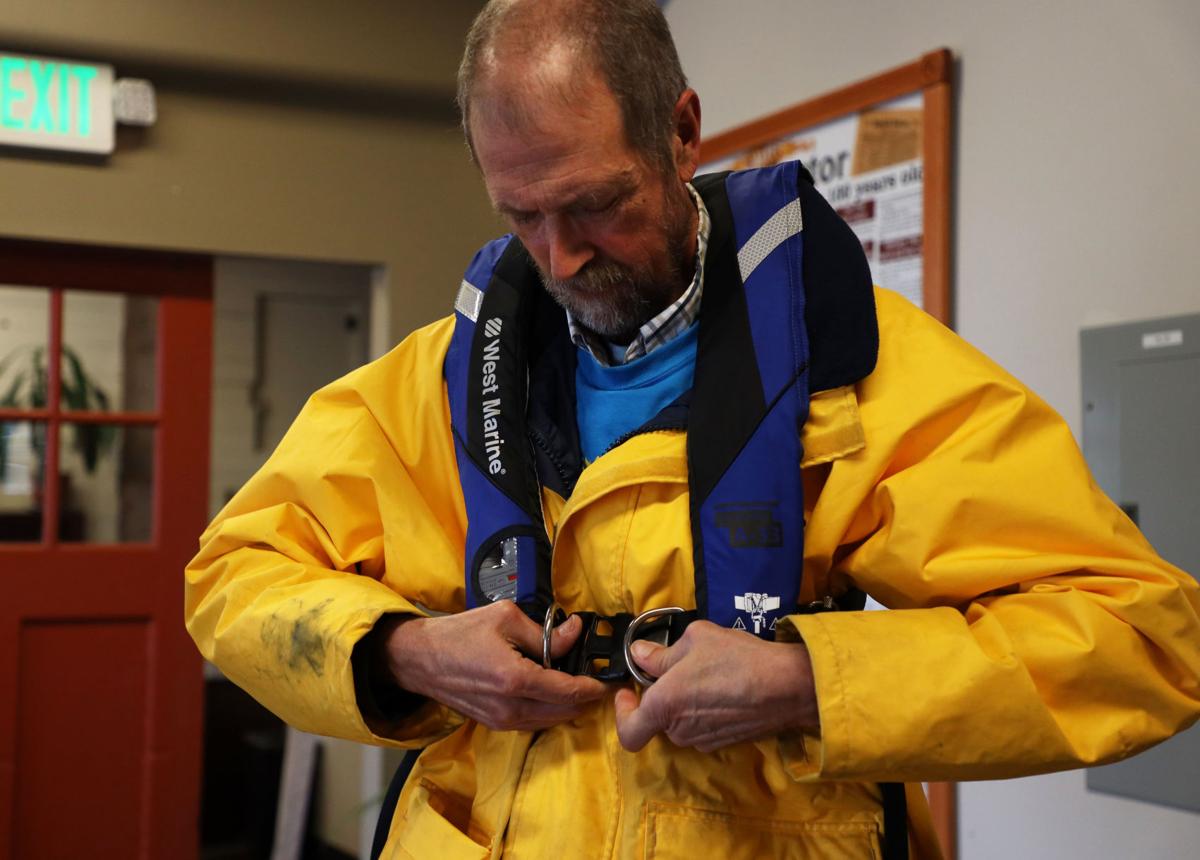 Jamie Skinner fastens the lifejacket he will be wearing on board the Golden Rule while at The Reflector office, April 10. 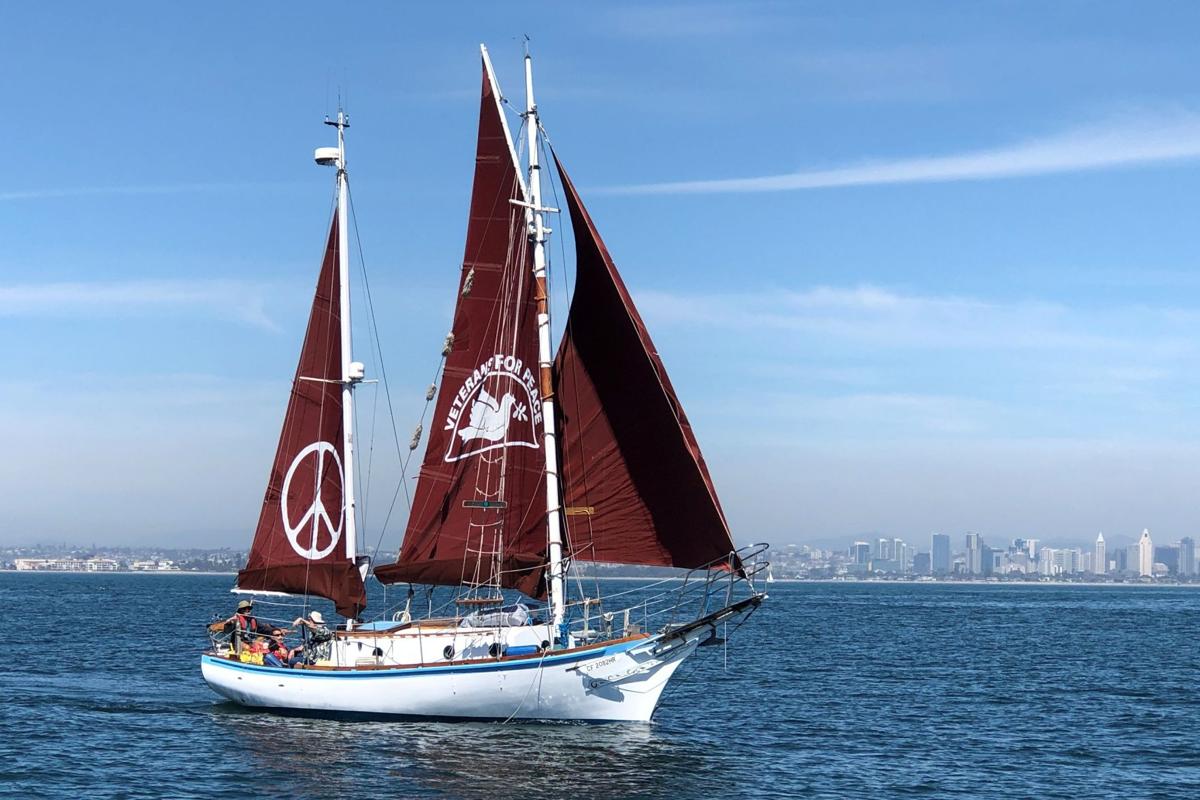 Jamie Skinner of La Center will be putting a pause on his chemo treatment to sail with three others from San Diego, California to Hilo, Hawaii for world peace and nuclear disarmament. Skinner was diagnosed with colon cancer that has now spread to his liver and has been on chemo for the past two years.

Skinner’s vessel of choice is The Golden Rule, which first sailed in 1958 and has a history of activism. It was first manned by a crew of Quaker and anti-nuclear weapons activists in an attempt to stop the government for testing a nuclear bomb on Bikini Atoll, an island in the South Pacific. The group planned to sail from the west coast to Hawaii and then into the testing area. Their goal was to intervene and prevent the explosion from happening, but they were intercepted by the coast guard and brought back and put in jail.

Now, during the month of May, the Golden Rule is set to sail once again to raise awareness of the importance of nuclear disarmament. When the opportunity of a lifetime was offered to Skinner, he said he couldn’t pass it up.

“I’m an active member in Veterans for Peace, I have sailing experience, and I’m a Quaker so I was high on the list,” he said. Skinner will be a member of a four-man team.

Skinner first started sailing when he was an explorer scout in his teen years, then more seriously as an adult in 1997.

Although he will miss his wife and daughter while sailing, Skinner is excited to take part in a cause that he holds dear.

“I feel it’s a privilege to be a part of the crew on this voyage and I hope to be a spokesman once we get to Hilo,” he said. “I think we will have a certain amount of press notoriety and I hope to be an advocate for a greater awareness of nuclear disarmament and trying to work towards world peace.”

Skinner’s world view began to shift while serving in the Navy.

“I began to realize that part of what we were doing was about making oil more available to the United States, and not really about doing justice for people,” he said. “I did my six-year obligation and then I got out in 1986, and then started my career as a Horizon air pilot.”

Skinner has since been passionate about sharing his alternative, first-person military experiences with the public.

“I’ve tried to be active in educating our youth about the reality of what the military in the United States is about so that it counters some of the patriotic hype that I personally was indoctrinated in as a young person,” he said. “I want them to be able to make an educated decision whether or not to ever be apart of the military.”

I'm glad I didn't serve with this guy in the military. I definitely wouldn't have turned my back on him. He apparently doesn't care about his country or his freedom. I have no use for people like him.