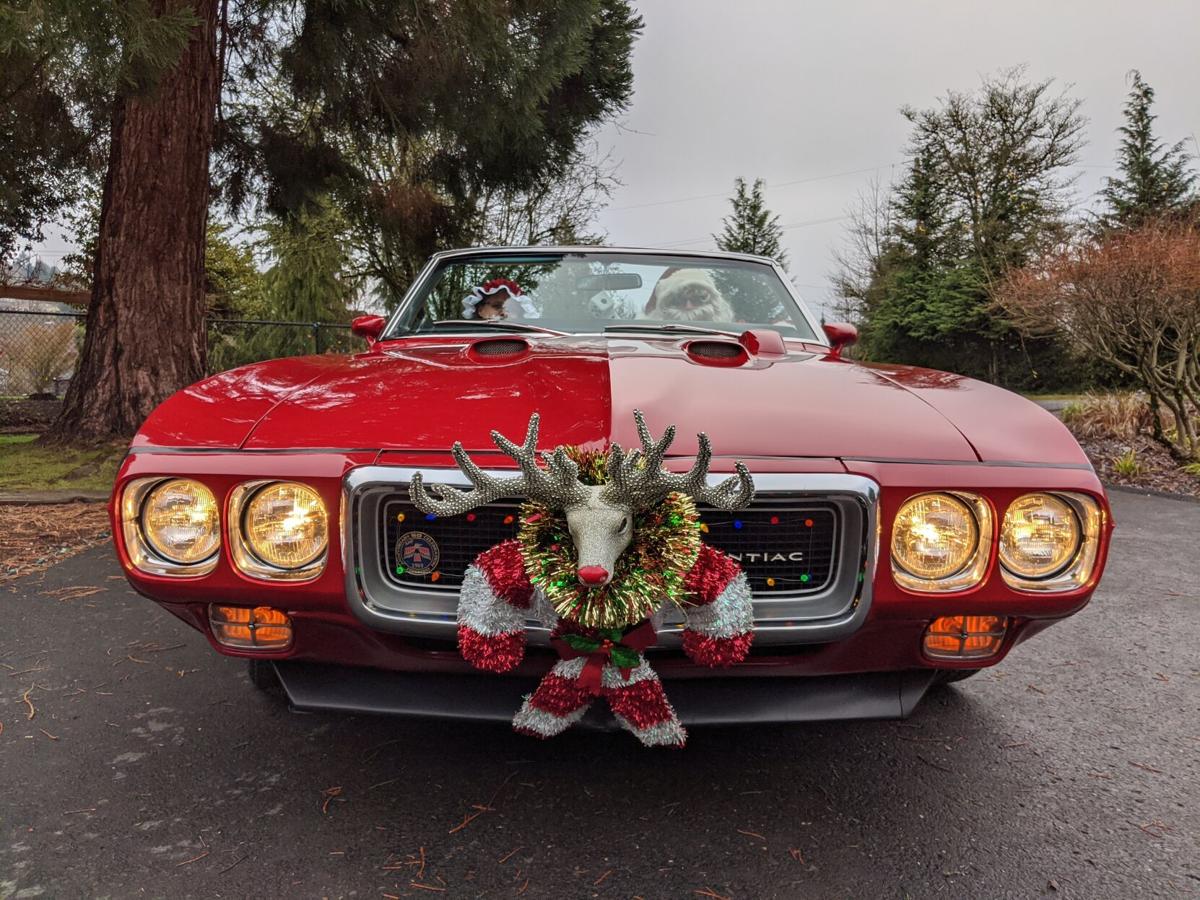 Firebird Santa and Mrs. Claus are local residents who spread Christmas cheer around Battle Ground in a 1969 Pontiac Firebird Convertible. 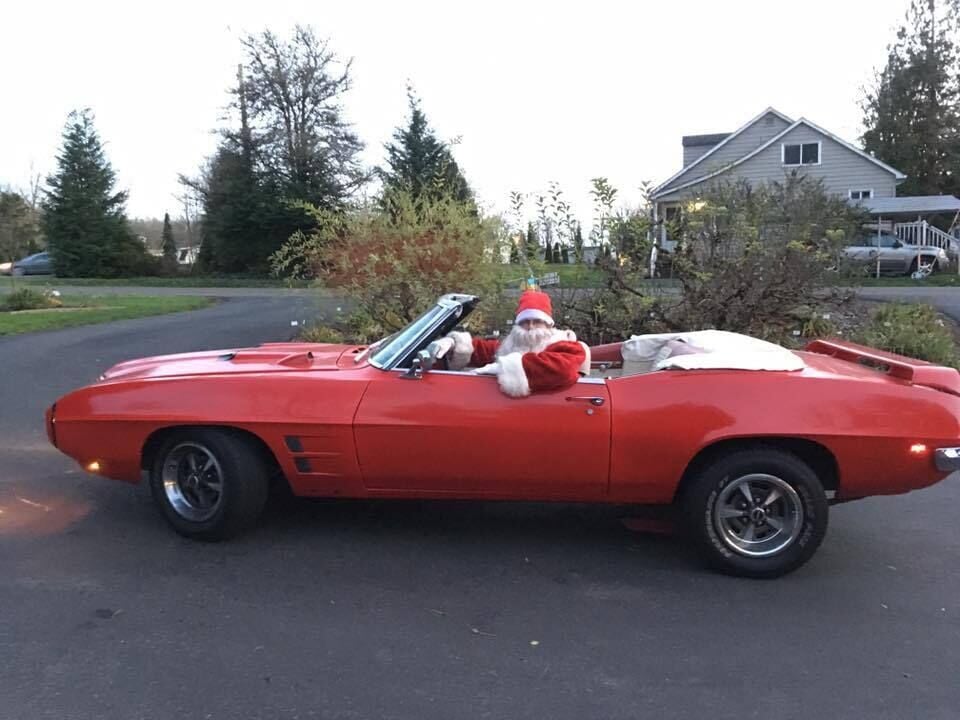 Firebird Santa rides around town when the weather is dry. He tends to make the rounds in parking lots of the big box stores and local neighborhoods. Follow him on Facebook at facebook.com/FirebirdSanta.

Santa Claus is coming to Battle Ground, and he’s got a nice “new” sleigh.

Driving a shiny red 1969 Pontiac Firebird, a local Battle Ground resident (who is referred to as Firebird Santa) is set to spread Christmas cheer around the area. Firebird Santa said he didn’t want to be named in this article because he doesn’t do what he does for him, but rather, dresses up and drives around and takes pictures “for the community.”

“This isn’t about me,” he explained. “It’s about the spirit, about giving and family and love.”

Firebird Santa started his career as a joy-spreader about seven years ago following a traumatic accident at work, which ended up disabling him. Because he couldn’t do his favorite Christmas activity (putting lights up on the house) anymore, he began dressing up as Santa Claus for different locations for holiday activities such as a U-Cut Christmas Tree Farm.

Firebird Santa said he settled on a candy red 1969 Firebird convertible because he “fell in love with it back in the day” while he was working at the Pontiac/GMC Dealership in Vancouver as a kid.

“I was also born in 1969 and in December, which is why I’m so big on Christmas,” he said. “I always had to have my Christmas tree up before my birthday when I was a kid.”

Nowaday, Santa gets up and drives his sleigh around town if the weather is right. Because the car is a convertible and Santa “never puts the top up,” it’s rare Battle Grounder’s won’t find Santa out if the weather is clear and bright for a couple of hours.

Much like an ice cream truck in the summer months, Firebird Santa travels around town though neighborhoods and the parking lots of local “Big Box” stores such as Fred Meyer, Safeway, Walmart and more. However, he doesn’t have a set schedule and travels wherever he feels like with no destination. Sometimes, he will post his next outing on his Facebook page facebook.com/FirebirdSanta.

“(I go) anywhere where I think I will see families and kids and whatnot,” he said. “I try to go through different neighborhoods and I drive slow.”

While he didn’t want to be named in the article, Firebird Santa isn’t a shy guy, and said anyone and everyone that wants to take a picture just needs to wave him down and he will stop for a photo.

Firebird Santa said he is “completely against charging for photographs” and believes that the memory of the moment is much more important. Once, a person flagged him down on the highway and he pulled off the road to take pictures in the Lowe’s parking lot.

“I really do it for the memories,” he said.

Santa said seeing the smiles on the faces of families is the “best feeling ever” and bringing the joy and spirit of Christmas is what it’s all about. Sometimes, Mrs. Claus will join him on sleigh rides around town to spread the cheer.

“There’s so much hate and despair and division in the world, and I do my best to bring joy to the people,” he said.