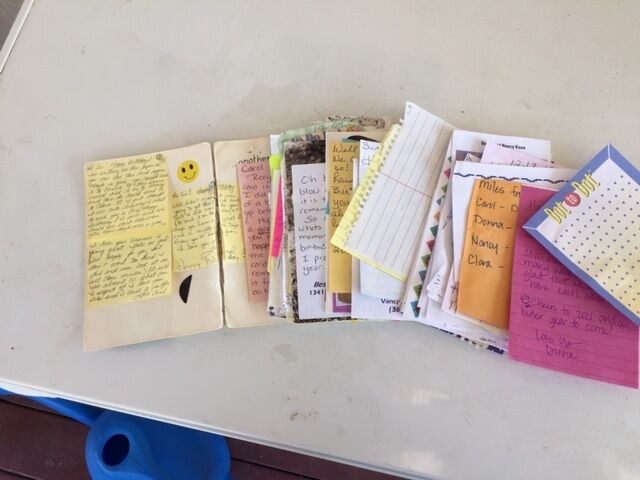 The card the sisters send to each other is thicker than most because inside the card, years of letters to each sister can be found. 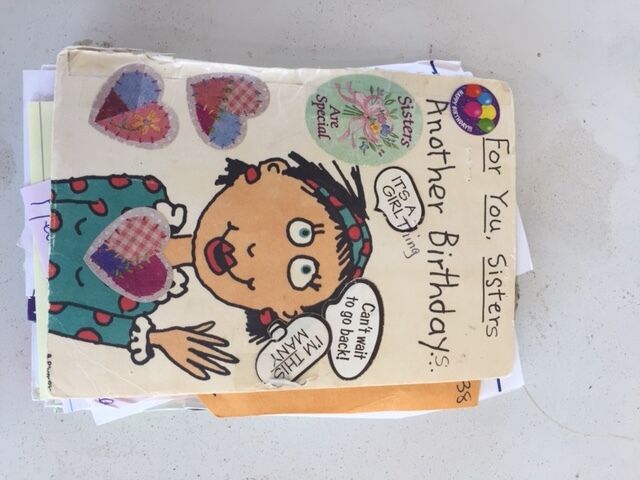 The front of the shared birthday card has some custom additions to make it reusable. 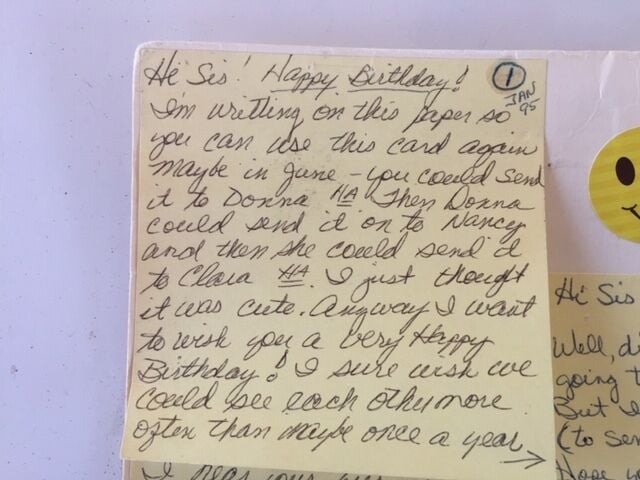 The first note written in the birthday card started the tradition, which continues 25 years later. 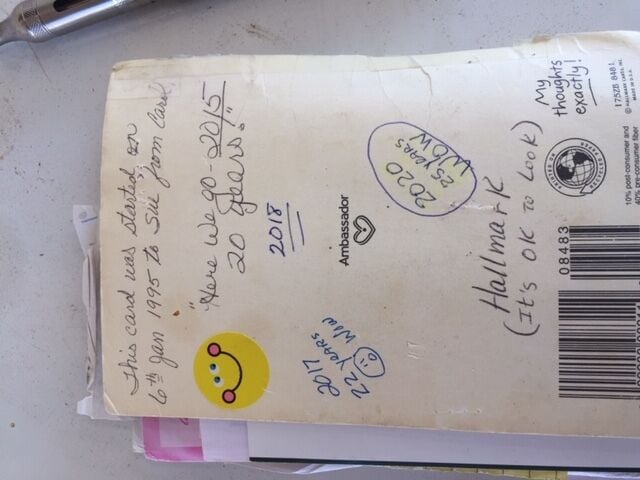 Carol started the tradition in 1995 by sending the card to Sue. 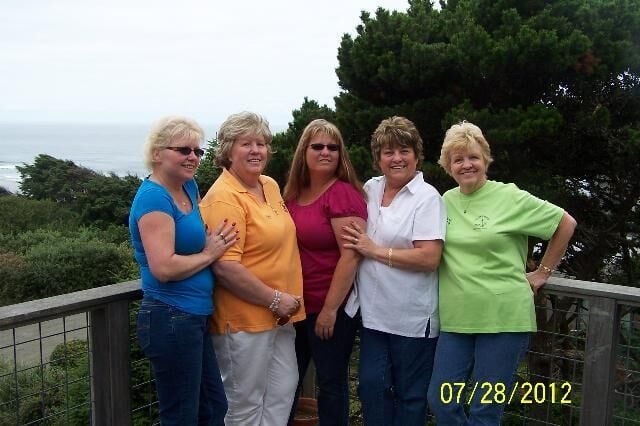 Sue Picchioni, of Ridgefield, Clara Ostreim, of Lenoir City, Tennessee, Donna Lobdell, of Goldendale, Nancy Koon, of Battle Ground, and Carol Burns, of Aloha, Oregon, are five sisters who have been sharing the same birthday card since 1995.

For the past 25 years, five sisters have been sharing memories, stories and more inside a single birthday card.

Started in 1995 by Carol Burns of Aloha, Oregon, the card has traveled from sister to sister every year since.

“On the inside it says ‘another day closer to looking like mom’ and our mom was still alive at the time,” Nancy Koon said, explaining that Carol thought the card was really cute and put a sticky note in the card so it could be reused.

Upon receiving the card, Carol’s sister, Sue Picchioni, of Ridgefield, liked it and decided to reuse it.

Instead of sending it to a friend, she sent it to her sister, Clara Ostreim, of Lenoir City, Tennessee. Clara then sent it to Donna Lobdell in Goldendale, Washington, who in turn sent it to Nancy Koon in Battle Ground. Finally, the card makes a full loop when Nancy sends the card back to Carol.

“I look forward to sending it every year,” Koon said. “It’s a relief after I send it out, too. Kind of like ‘woof, I’m not responsible for that anymore.”

Koon said she and her four sisters are extremely close and always have been.

Their mother and father said they wanted the family to be close for as long as possible and “instilled close family relationships” from the get-go.

“Just receiving the card is so fun,” Koon said. “(We’re) really fortunate that we are really close to each other.”

Because the card is filled with 25 years of birthday wishes, sending it takes a little more time and care than your average birthday card. The secret is a lot of tape and bubble wrap. According to Koon, the sisters send the card in a bubble-wrapped package and tape the package up as well.

“It still hasn’t managed to get lost and that is the most amazing thing,” she said.

Resending the same card every year isn’t the only way the sisters connect with each other. The sisters try to get together with one another at least once a month at the beach or for a “sisters weekend” if a husband is out of town.

Koon’s favorite part about having such a close knit group of sisters is “knowing that you always have somebody to watch your back.”

The sisters also get together with the rest of their family, including their four brothers, once a year for a family reunion. Sometimes the family meets at the beach, and other times it’s in the mountains.

Once every five or six years, the whole crew will make it back to Tennessee. While close, the brothers don’t have a card sharing technique.

“The brothers are extremely jealous (of the card sharing),” Koon said. “They would never, ever say that though.”