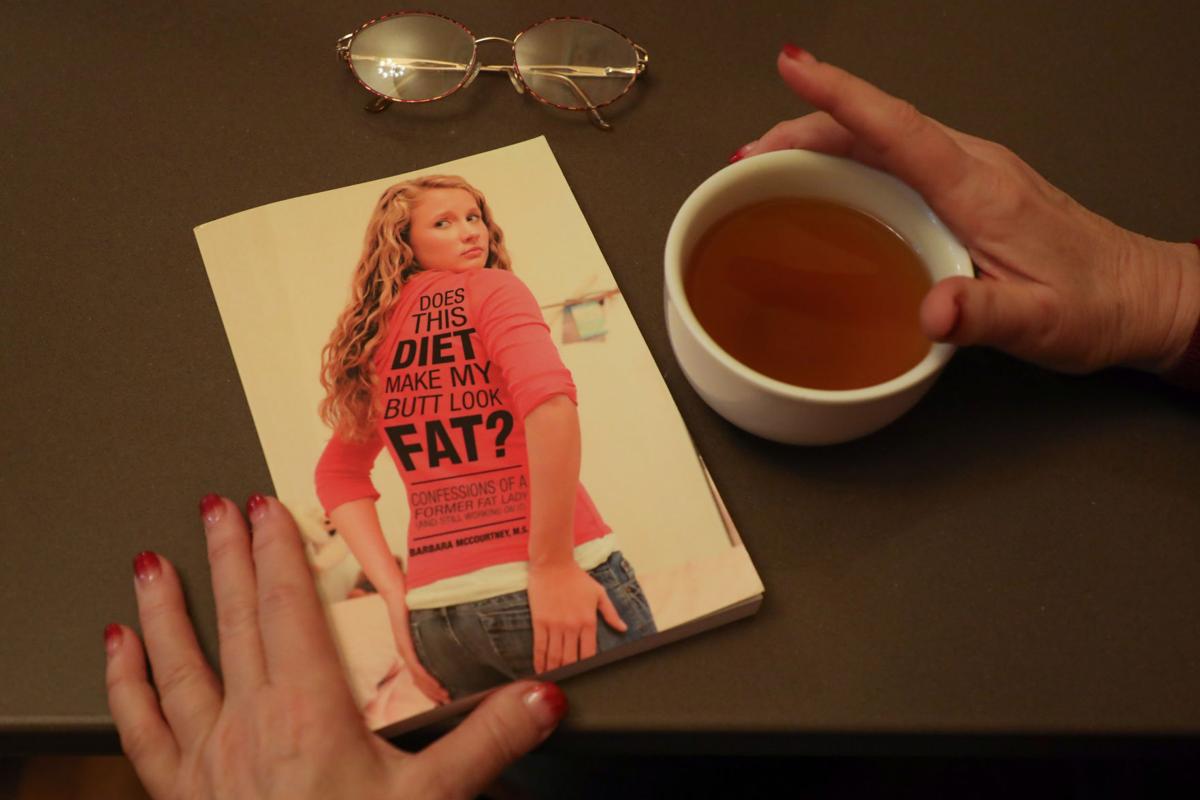 “Does This Diet Make My Butt Look Fat?: Confessions of a Former Fat Lady (and Still Working on It)” offers a humorous take on traditional dieting. Most people find the book to be funny yet effective. 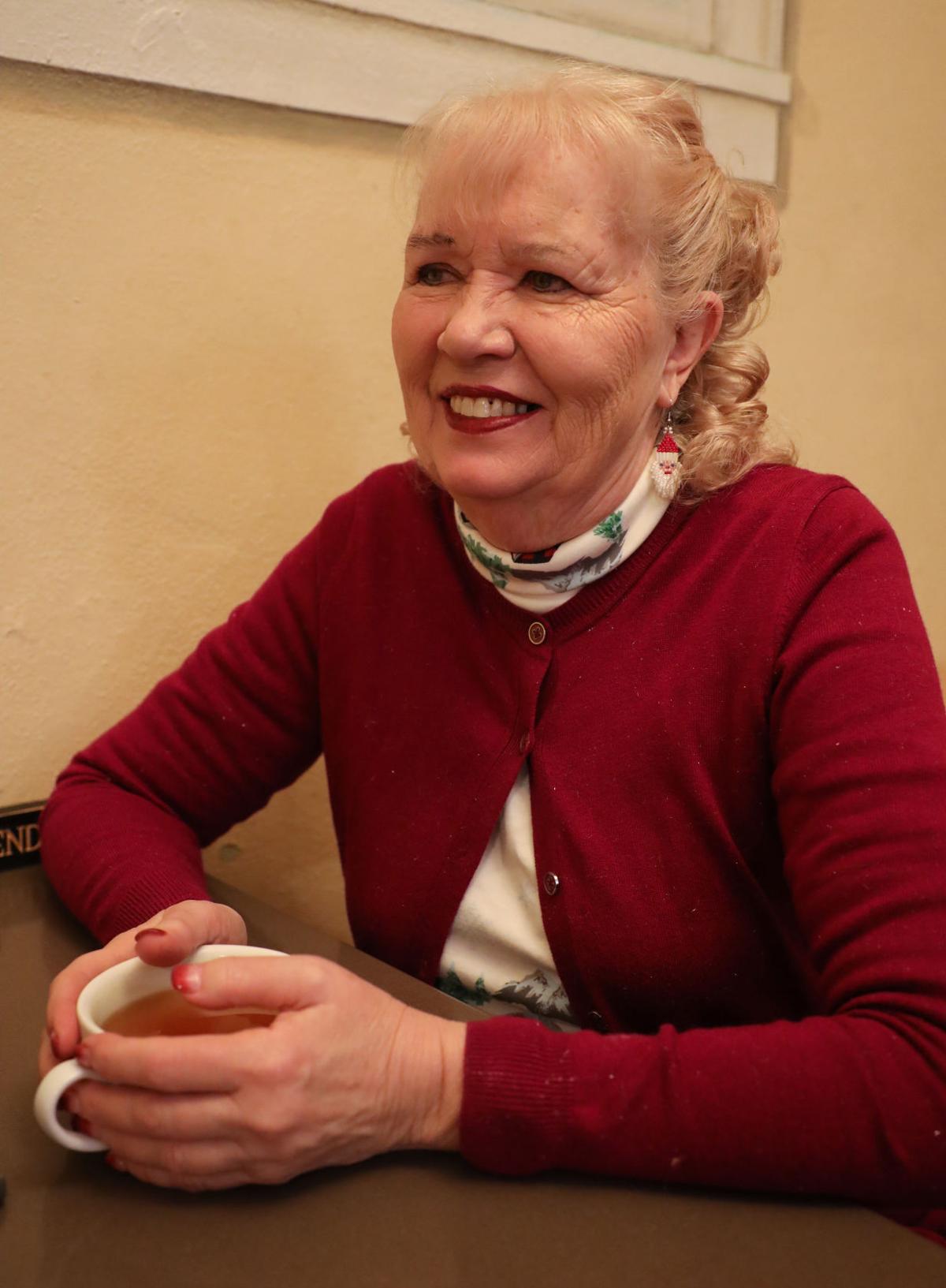 Barbara McCourtney, a self-proclaimed “former fat lady,” wrote a book to help all of those struggling with weight loss. While its main focus is counting calories, McCourtney also talks about the “fatal four” food groups and how it is “OK to splurge sometimes.”

When Barbara McCourtney stepped on a scale and the number registered much higher than she would like, she decided it was time for a lifestyle change.

“About 25 years ago I started trying different diets and I would start to lose,” McCourtney said. “I gained it back again and tried out a different diet.”

McCourtney began to gain more than she lost with her lifestyle choices. After falling ill with a debilitating sickness, she found herself immobilized and gaining weight with no way to get rid of it.

“I was bedridden for about four years,” she said. “I fell on my bed and I was crying. I just called after God and I said ‘God, I don’t know what to do’ … It dawned on me that I had been talking to Him but I hadn’t really stopped to listen. Two words immediately popped into my head and (they were) ‘count calories.’”

McCourtney began counting calories about 12 years ago and she said that is the key to keeping your body healthy and happy.

“I finally started realized that’s what was wrong with these other diets,” she said, explaining how many diets dictate “you can eat all the broccoli you want as long as you don’t eat cookies.”

“I just couldn’t stick to those diets,” she said. “When you count calories, you can eat what you want but you have to set boundaries and most diets don’t have enough boundaries.”

She began keeping a journal of what she ate and the calories she took in.

“I gradually kept losing weight,” she said. “Losing weight is the hardest thing I’ve ever done, and I think that’s what other diet books have wrong. Other books make it sound easy.”

“I was originally going to make my journey (and weight loss journal) into a magazine article,” she said. “But it kept getting longer and longer. I call this book my 12 year labor of love.”

McCourtney’s book, “Does This Diet Make My Butt Look Fat?: Confessions of a Former Fat Lady (and Still Working on It),” is not only full of advice to help you lose weight and keep it off, but a personable personality.

“One Amazon review said that the person felt she was talking to an old friend in her living room while reading my book,” McCourtney said.

An entire chapter in the book is devoted to excuses she used to tell herself.

“I wanted to tell people, ‘you’re making the same mistakes I was making,’” she said.

Along with a history of weight loss, McCourtney has a master’s degree in psychology from Portland State University.

“I wanted to talk about the psychology for those that are curious about what progress or dieting has to do with psychological matters,” she said. “That’s the purpose behind my chapter ‘The Psychology Behind My Fat Behind.’”

Although she’s lost a lot of weight and published a book on her tactics, McCourtney still struggles with weight gain.

“I still fight it,” she said. “I weigh myself every day and as soon as I’m up two or three pounds, I start journaling again.”

While full of diet tactics, “Does This Diet Make My Butt Look Fat?: Confessions of a Former Fat Lady (and Still Working on It), also has a few of McCourtney’s favorite recipes.

“Dieting is a lifetime commitment,” she said.

She has dessert recipes in the book to satisfy that sweet tooth while also being smart.

While McCourtney said the book is mainly geared toward women, any gender and age can read it.

“I say everybody should talk to a doctor in the book,” she said. “Especially teenagers and pregnant and nursing women.”

If you’d like to buy the book and support the author, “Does This Diet Make My Butt Look Fat?: Confessions of a Former Fat Lady (and Still Working on It)” is available at Literary Leftovers used book store in Battle Ground and through Amazon at amzn.to/36vM47z