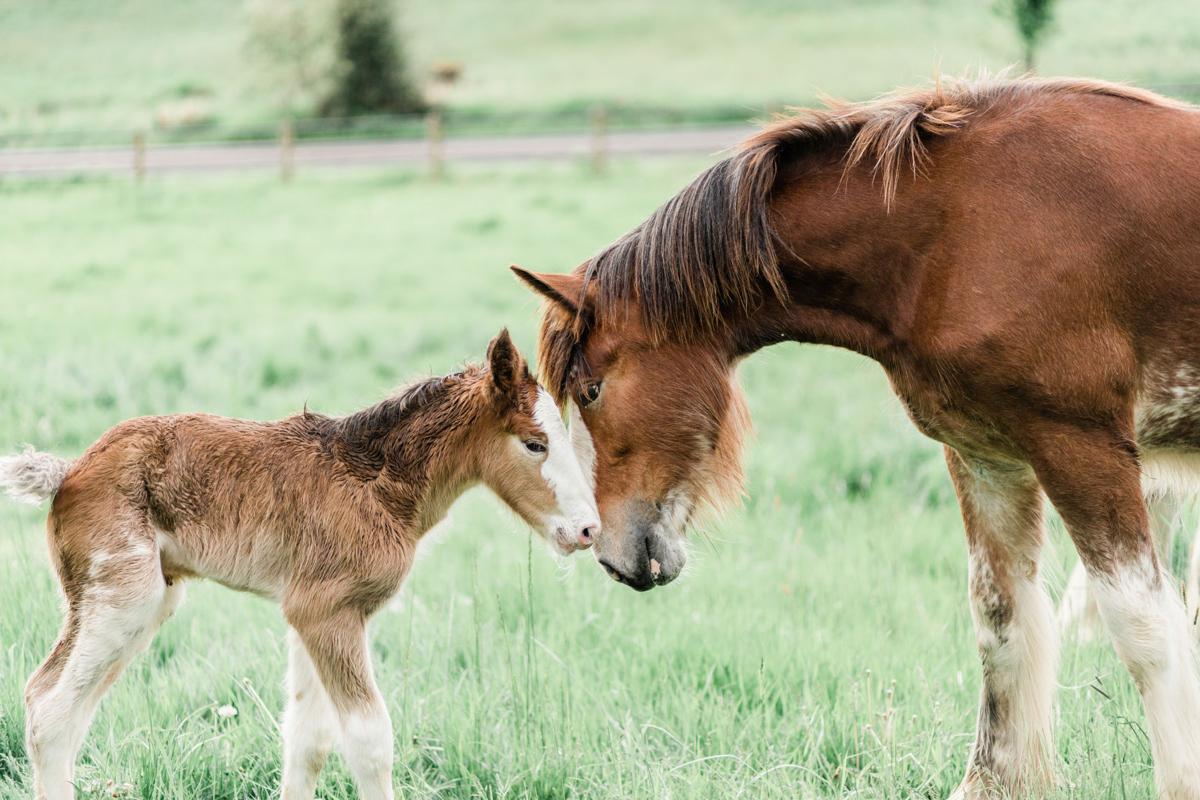 Prine and his mother, Rain, share a moment together on Far Forest Clydesdale Ranch in Amboy. 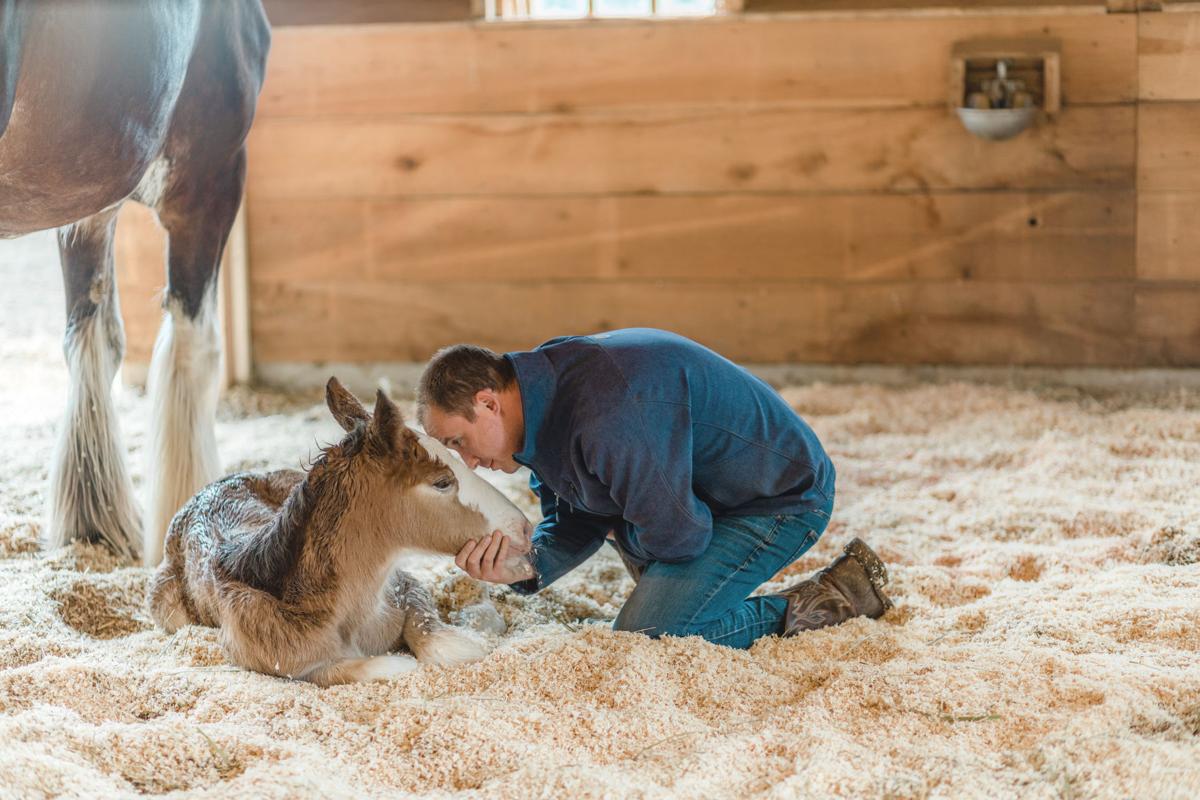 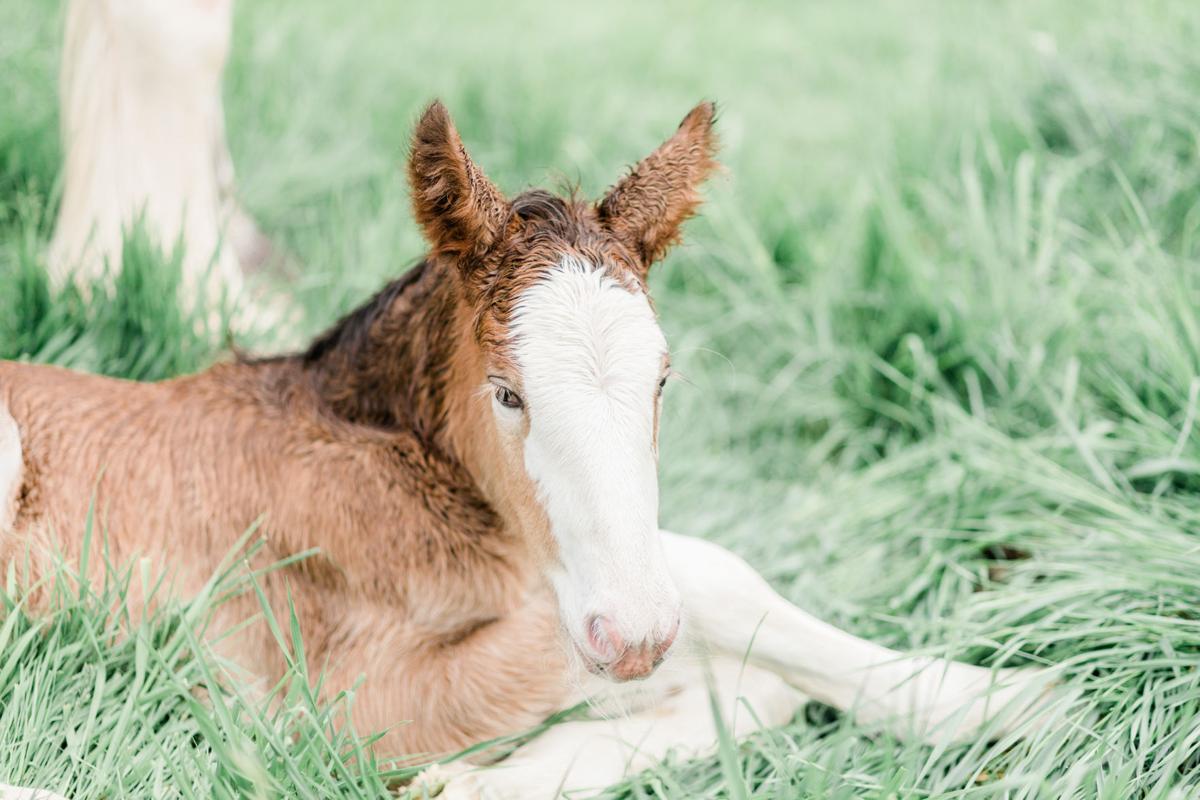 Prine was born on May 12 after an 11-month gestation period. 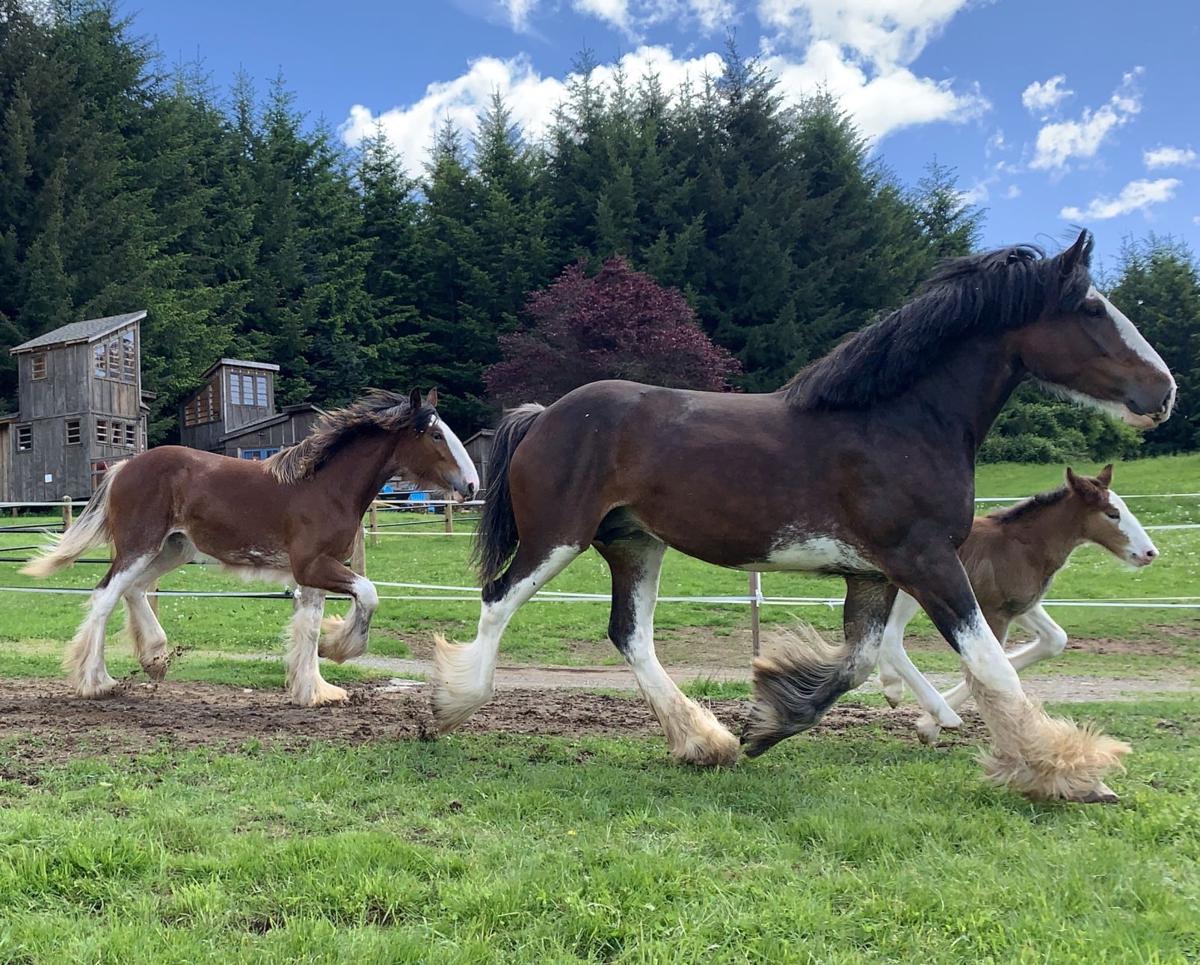 Helena, Rain and Prine are three of the four Clydesdales at Far Forest. 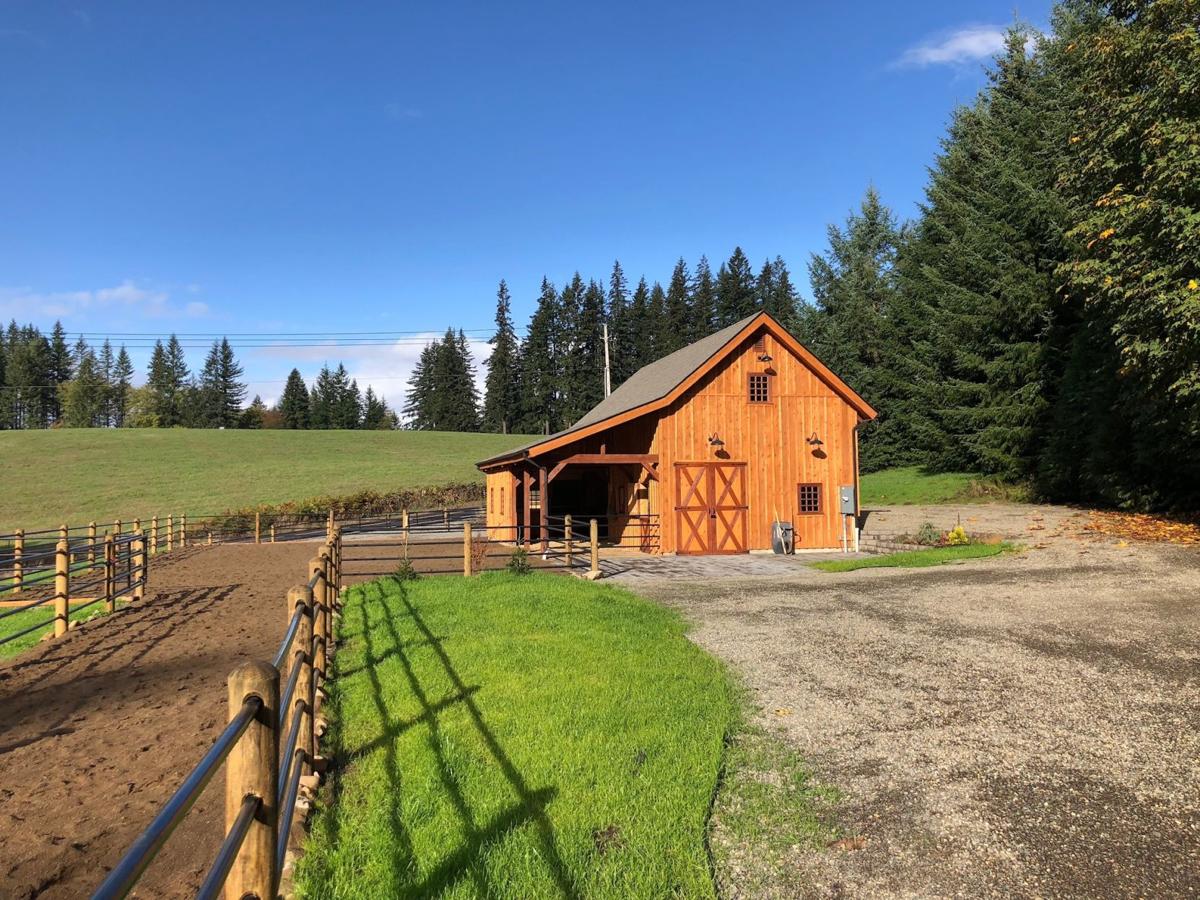 Benjamin and Matthew Arnold-Ladensack recently built a barn on the property. 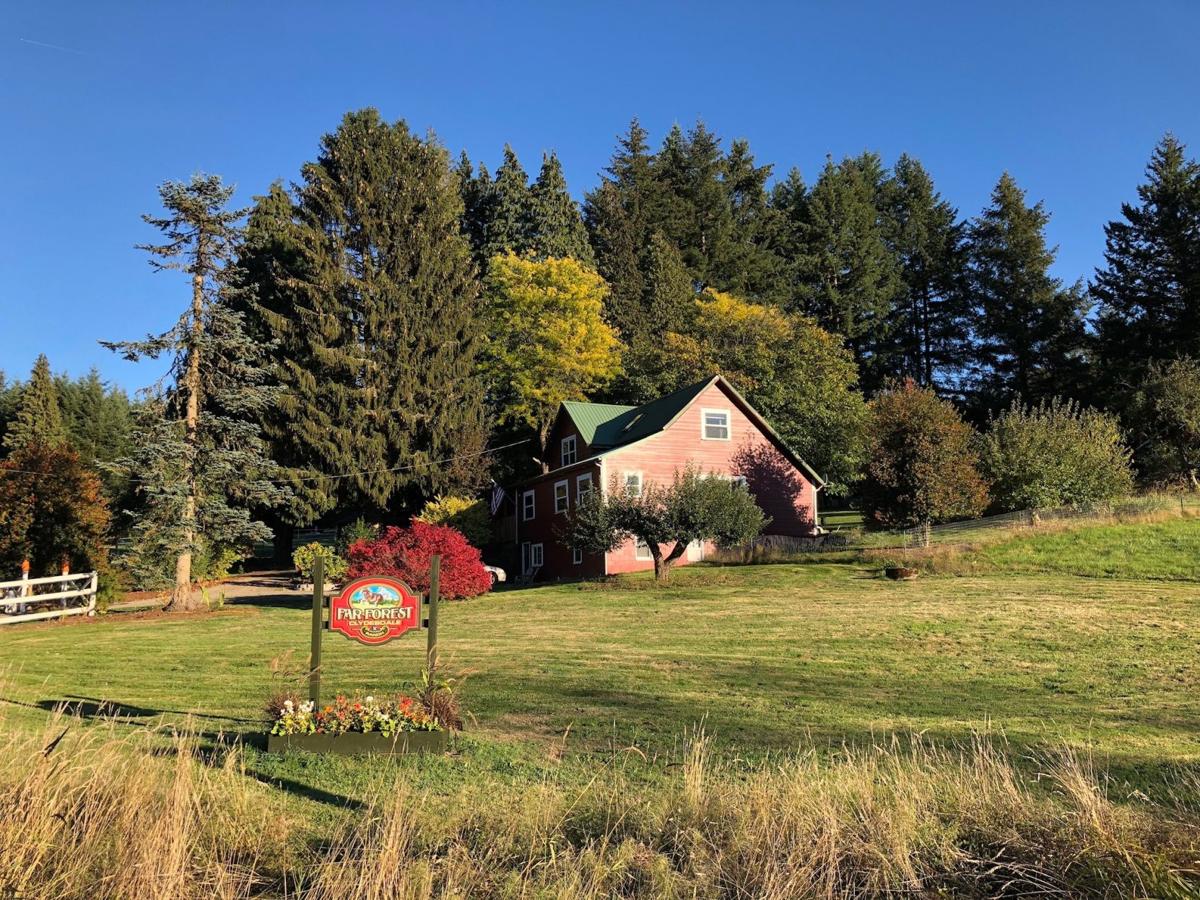 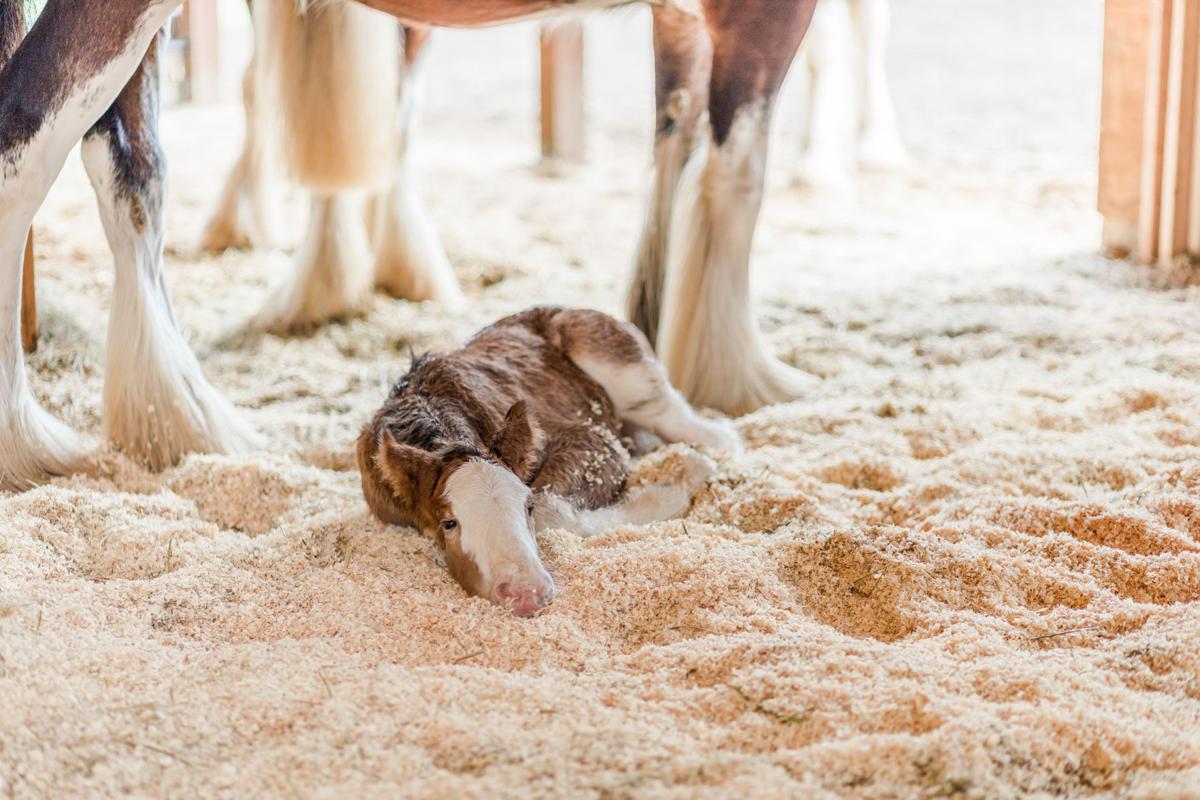 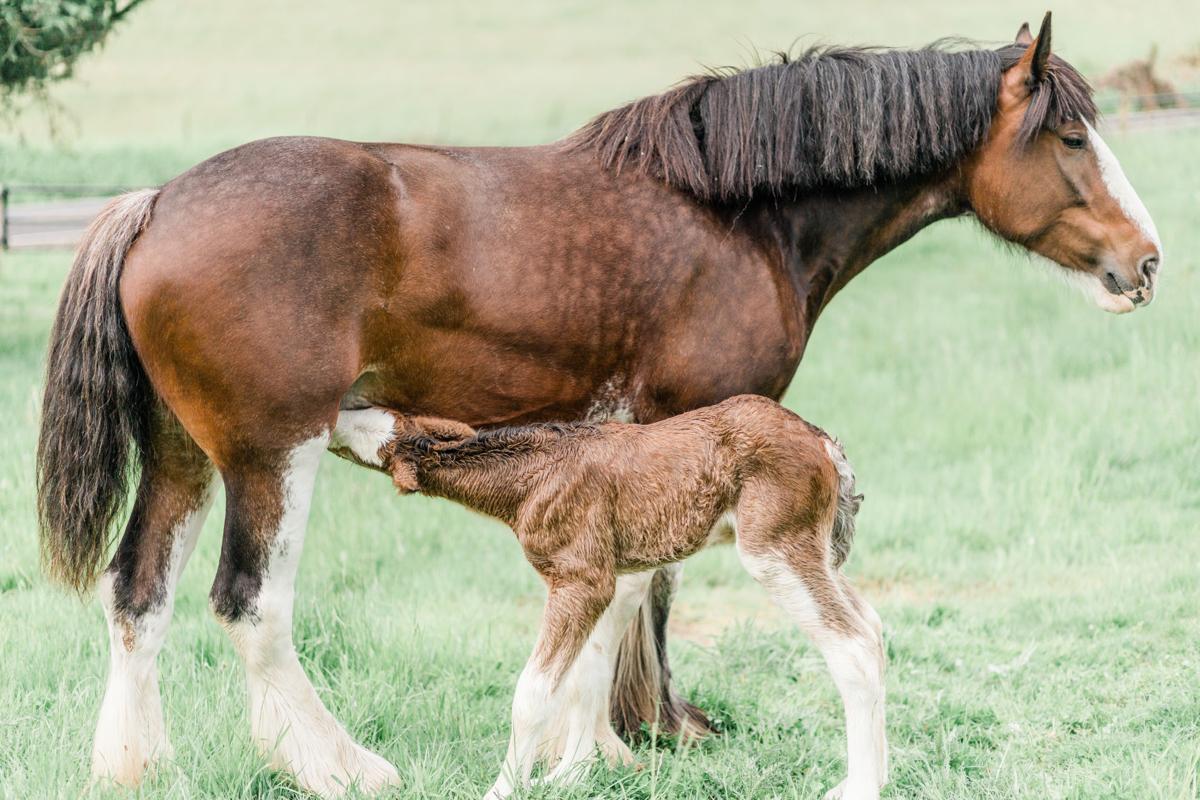 Owning and operating a Clydesdale ranch has been a lifelong dream for Benjamin Arnold-Ladensack.

Growing up in Germany, Benjamin spent his childhood raising and caring for Clydesdale horses on a ranch with his father. Two weeks ago, Benjamin and his husband Matthew welcomed a new member to their Far Forest Ranch and Clydesdale Outpost in Amboy with the birth of their newest foal, Prine.

Named after John Prine — the recently deceased American country folk singer and songwriter who was a huge favorite of Matt and his father — the new foal took its first steps in a barn on the property after an 11-month gestation period. For Benjamin and Matthew, the birth of Prine was an exciting experience, as it was the first horse to be bred, gestated and born on the ranch in Amboy. Helena, the ranch’s second youngest equine, was born at the ranch last year to Rain. However, rain was bred at a different ranch.

Part of Benjamin’s goal with his Clydesdale farm was to breed the same bloodline he and his father did overseas. Isabelle is one of the horses he brought back from Germany when he moved to the United States. While Prine’s mother may not be a part of this historic bloodline, Prine still has some incredible parents. The foal's mother, Belleau WS Regal Renee (Rain) was born at Warm Springs Ranch, the Budweiser Clydesdale farm. Prine’s father, Iron Horse MM Steele, is the 2018 World Champion Stallion from Wismer Clydesdales in Ontario.

Benjamin and Matthew met in Michigan. Matt was directing a film and Benjamin, a horse veterinarian in Germany, was spending time attending a continuous education seminar. The duo moved to Amboy about five years ago and said they fell in love with the area.

“Ultimately, it was the property that caught my eye,” Benjamin said. “It was unique, old and had a farm house that we thought would be the right place.”

Since moving, the Arnold-Ladensacks have remodeled the farmhouse on the property and built a new barn for the horses, all while keeping up with the aesthetic of a family ranch. As for why they like Clydesdales, Benjamin and Matthew said the breed is “vulnerable” but “very rare and majestic.”

Benjamin and Matthewhope to teach people about Clydesdales, where they come from, what they eat and how the breeding process works, including ultrasound pictures.

“We hope to engage the community in learning about the Clydesdale breed,” Matthew said. “We are working and hoping to create a guest ranch on the property. We’ve had overwhelming support from the community and it’s exciting to see the reactions we get from the general public.”

Although the farm isn’t open to the public, Benjamin and Matthew plan to have holiday events such as “Clydesdales and cocoa” on the property where people can visit the ranch and see and pet the “majestic” Clydesdales, which are one of the largest horse breeds by height.

Following the team on their Facebook page — https://www.facebook.com/FarForestRanch/ — is the best way to stay updated with their future plans. To learn more about the ranch, visit farforestranch.com/.