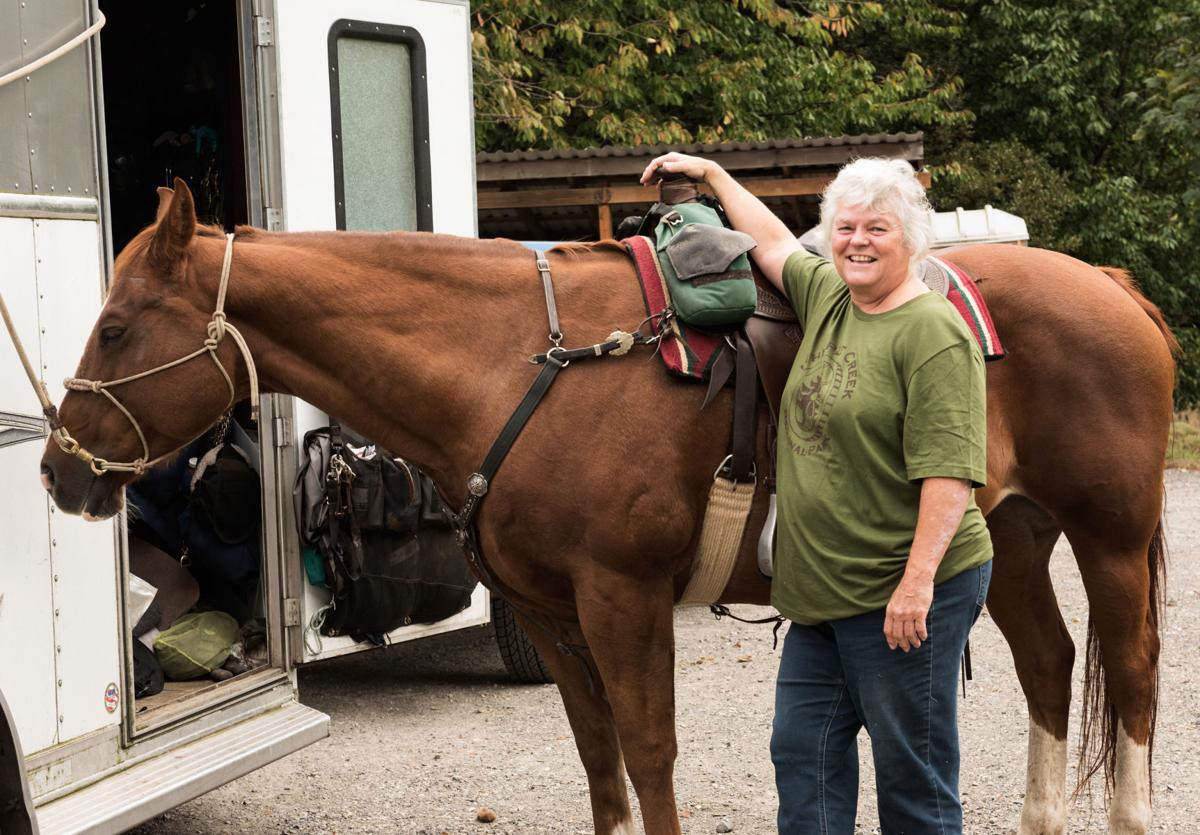 Anita Will of Brush Prairie is President of Whipple Creek Restoration Committee, working to improve and preserve the trails where she enjoys riding her horse. 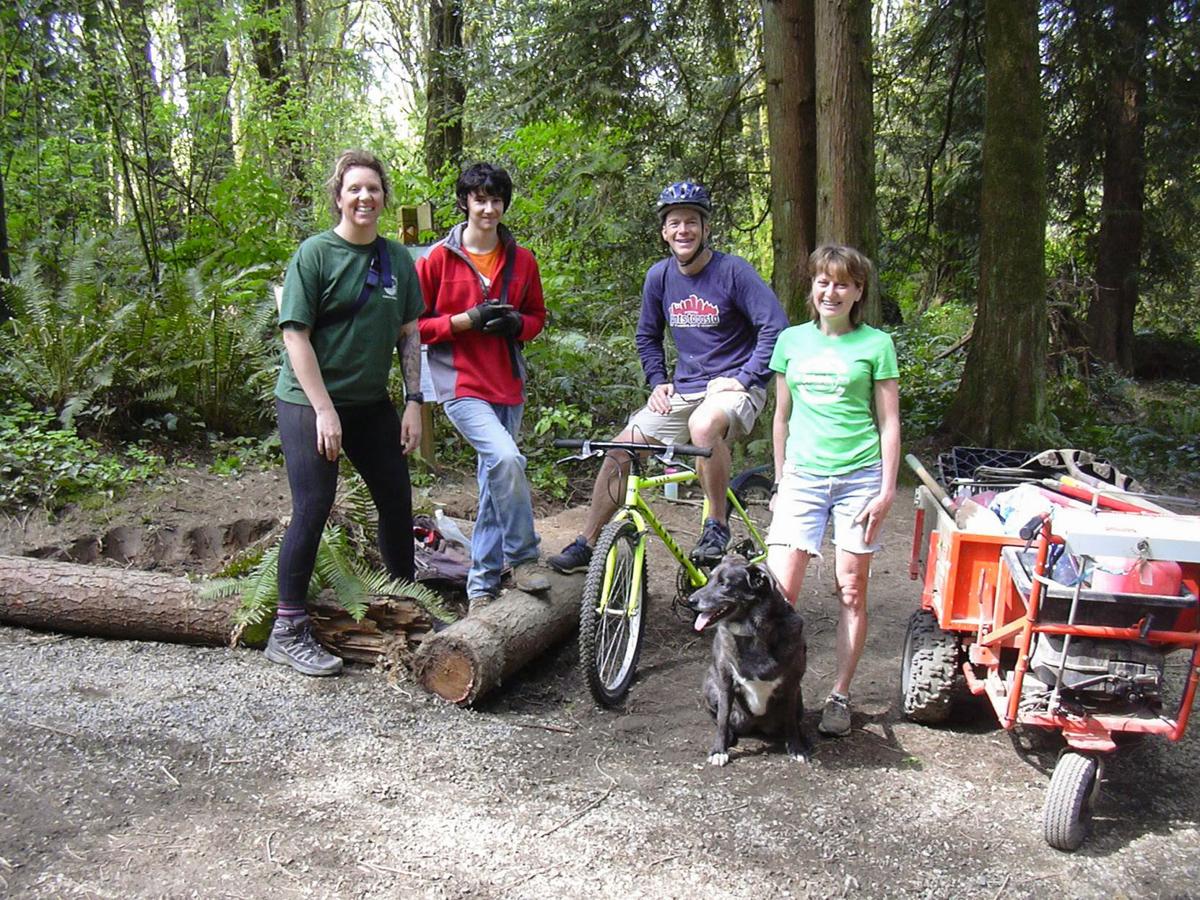 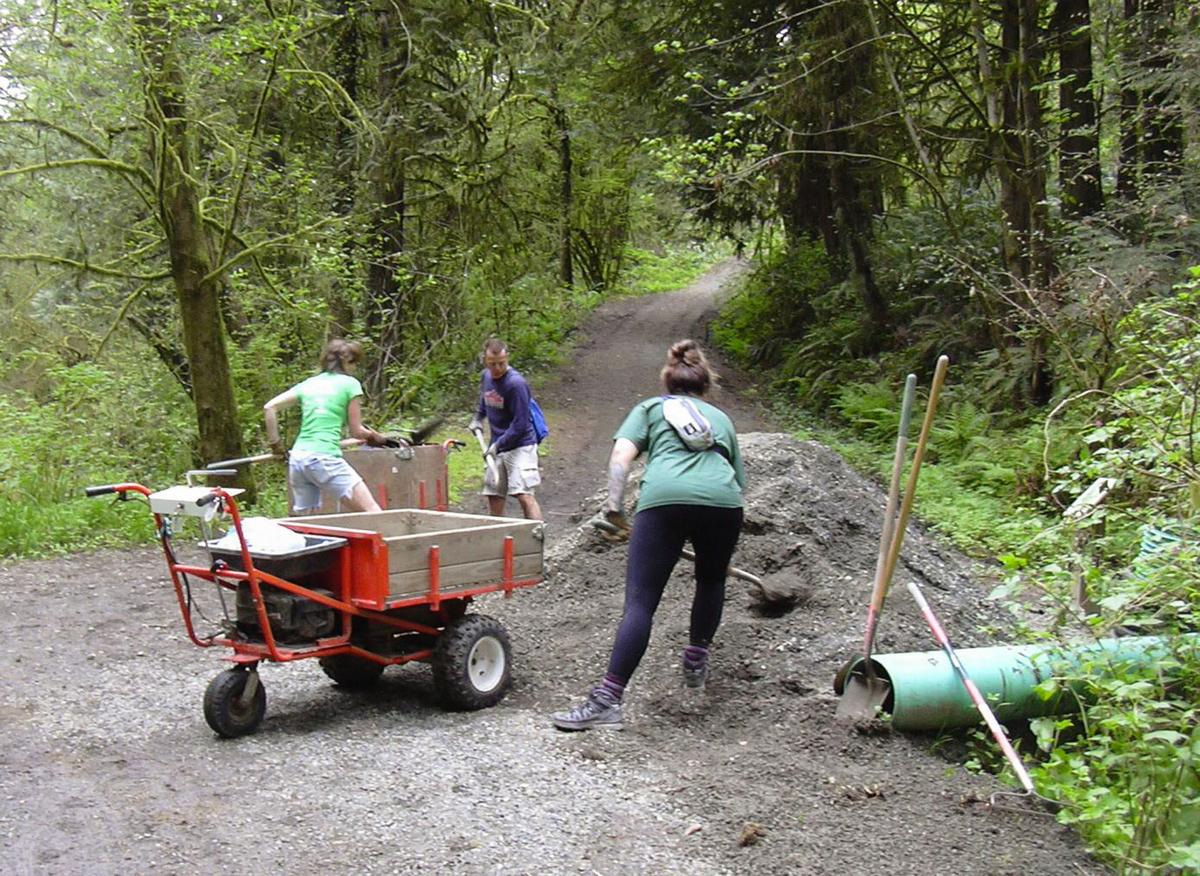 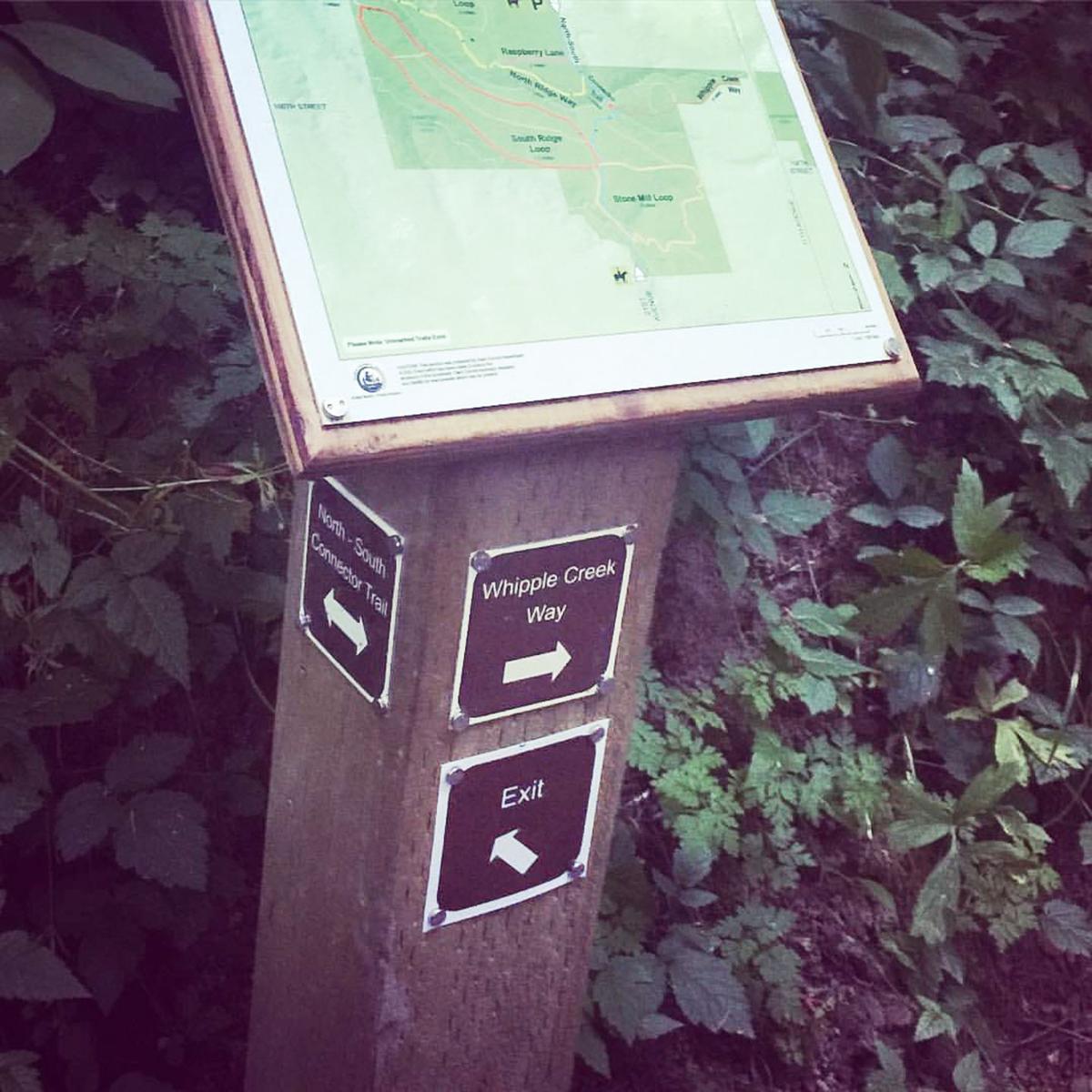 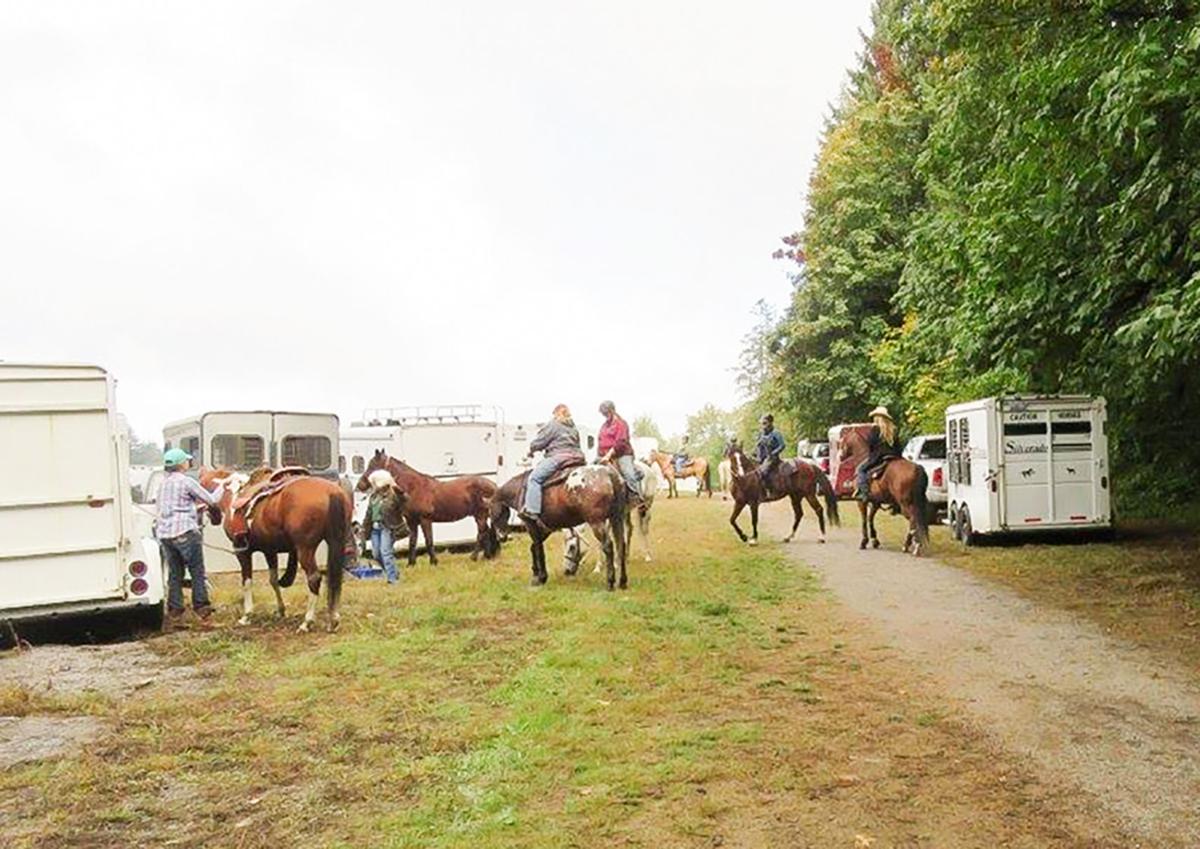 Anita Will of Brush Prairie is President of Whipple Creek Restoration Committee, working to improve and preserve the trails where she enjoys riding her horse.

Tucked into an urban forest of second-growth timber, just west of the Clark County Event Center, 350-acre Whipple Creek Regional Park is a gleaming green jewel of the Clark County parks system. Situated squarely in one of the most rapidly growing sectors of the county, it is also a living example of history and tradition rubbing shoulders with growth and change.

A favorite trail riding destination for equestrians for decades, by the start of the 21st century the park was showing wear and tear. The wood products footing many of the trails had decomposed, leaving a quagmire of mud that was virtually impassable during the northwest’s long rainy season. Users were mostly limited to equestrians, since hikers or bicyclists couldn’t traverse the muddy conditions.

In 2009, a group of citizens saw the need for improvements and the promise that the park held. Park enthusiasts banded together to form Whipple Creek Restoration Committee, a citizen’s advocacy group which cooperates with the Parks Foundation of Clark County, Clark County Public Works – Parks Division, and the Washington Trails Association to improve and maintain the trails at Whipple Creek.

“We were loving the park to death,” said Committee President Anita Will, one of the founding members of the group. Will began trail riding at Whipple Creek in the late 1970s, where she honed her trail skills before moving onto more rugged wilderness riding.

It wasn’t until the mid-2000s that she returned to Whipple Creek for a ride, and she discovered that the roof of the historic mill had collapsed, and vandals had damaged the building.

The mill not only held a spot in the hearts of those who frequented the park, it is of historical significance. Construction on the mill, initially named “Stonebridge,” was begun in 1949 by the noted architect Day W. Hilborn. According to Washington State Department Archeology and Historic Preservation, “No single person in the history of southwest Washington has had a great impact on the physical built environment than architect Day Hilborn.”

In addition, an early 1900-era chimney from the Custard homestead still stands in the park, near the remains of an old dam. And a hidden creek-side gazebo was recently reclaimed from sprawling brush and blackberries. A 1904 fire ravaged the area, which was allowed to re-vegetate naturally in a mixed forest.

The vandalism was a catalyst to take action for Will. “It really upset me,” said Will. “It’s always been OUR county park. To have it vandalized was really bad.”

She approached the City of Vancouver, who then managed the park, to see what could be done.

“They said, try to get a group together and get organized,” she said.

And so she did. It took a year and a half, but a group of advocates for the park came together to form the 501(c)3 organization.

Trail restoration at Whipple Creek Park isn’t as simple as getting a few buddies together with some shovels and wheelbarrows. The park is a state Priority Habitat for conserving fish and wildlife, and trail projects are reviewed for environmental protection. And, trails are engineered to stand up to heavy traffic as well as rainfall, no small feat.

With support from Clark County, individuals and groups of volunteers have donated thousands of hours to shovel, rake and spread gravel. Once eroded and muddy trails are now usable year-round, and the number of visitors coming to the park has grown in response. There were over 33,000 visits to the park in 2015 alone.

Improved trails have brought more users to the park, said Clark County Parks Division Manager Bill Bjerke. Where they were once passable only for horses, now hikers, joggers, and mountain bikers take advantage of the wooded oasis close to the urban population center. As one of the few equestrian trails in Clark County, the park remains a valued resource for horseback riders.

Signs in the park outline trail etiquette for shared use. In short, bicyclists yield to hikers, and both yield to horses. Dogs should be leashed and under control in the park, and poop scooped and carried out.

When horseback riders encounter other users, communication is key, emphasized Will. Bicyclists or hikers should step to the downhill side of the trail and wait for horses to pass. Remain visible and offer an audible greeting; not only is it neighborly, it’s lets the horse know that you are human and not a predator.

Many beginning trail users come to Whipple Creek Regional Park, said Will, equestrians, bicyclists, and hikers alike. It’s a safe place to develop trail skills, and a close-in venue for a quick getaway. But novice users also means horses who might have never seen bicycles, strollers, and other human contraptions before, and can be easily frightened.

And “slow down,” emphasized Will. Racing bicycles and galloping horses erode fragile trails, and wooded paths offer limited sightlines to other users.

Whipple Creek was the first county park to be “adopted” by volunteers for trail maintenance, said Bjerke, and it has led to agreements in other area parks. Forging these public/private partnerships allows county funding to stretch much further, he emphasized. Clark County contributes $5000 per year toward gravel at Whipple Creek, and provides some work in the park using heavy equipment. The rest is up to volunteers and donors.

“For a group to focus on one park and make it shine is just phenomenal,” he said.

Another project underway is the brainchild of volunteer and past Committee Vice President Michael Lenz. Lenz discovered the park a year ago when he was looking for a place to ride his mountain bike, he said. His wife suggested the park she frequents with their three horses.

“I had no idea about restoration anything and I’d never been here before,” he laughed. His first time in the park, he got lost and it took him an hour and a half to find his way out.

Lenz has made his professional career in customer experience design. He brought that lens to his view of the park, and asked what the park user’s experience there was like.

“What are the challenges of a journey in the park?” he queried. “Where could we do better?”

The most common request from new visitors was, “I just want to be able to get out.”

Lenz GPS mapped every trail and feature in the park, and updated existing county maps. Once trails were identified, he set out to assign names, incorporating community input and county naming conventions which reflect historic persons, geographic features, and historic events.

Lenz erected a temporary system of signs, and took a brand new user into the park. Based on their feedback, he changed signs around, corrected arrows, and repeated the process.

It took several tries, but he finally had a set up that worked. As long as everything went well.

A short time later, Lenz visited the park with his brother who suffered from a heart condition. He was acutely aware of the challenge that would face emergency responders to locate a person in distress in the park.

This led to his next project – creating junction numbers on the map to identify locations for Clark Regional Emergency Services Agency (CRESA).

On the horizon is an expansion of the park to include skills courses for equestrians and bicyclists. The committee has their eye on an area to the east, between Whipple Creek and Fairgrounds Park. It would provide a venue to practice a variety of trail skills.

The traffic which once “loved the park to death” is now loving it back to life.

“Whipple Creek is a real treasure for the county,” said Will. “There are not a lot of places you can see natural forest. We have to use trails in a way that keeps them open in the future.”

Whipple Creek Restoration Committee meets on the third Thursday of each month at 6pm, at Mill Creek Pub in Battle Ground. Work days in the park take place on the second Saturday of each month, from 9am to 1pm. All are welcome and encouraged to get involved.