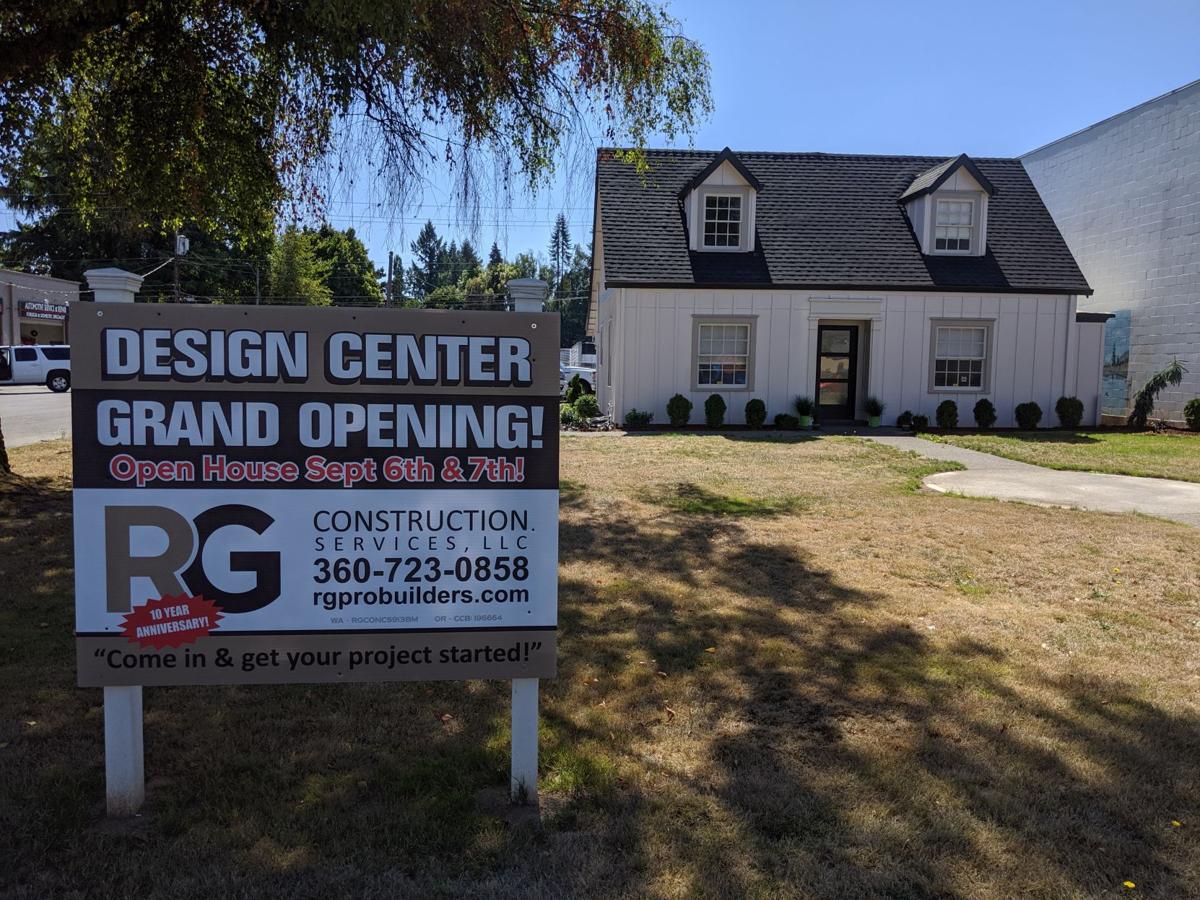 The outside of the historic Onsdorff house that RG construction now calls home. Company owner Richard Garrett said he plans to keep the historic integrity of the house through renovations. 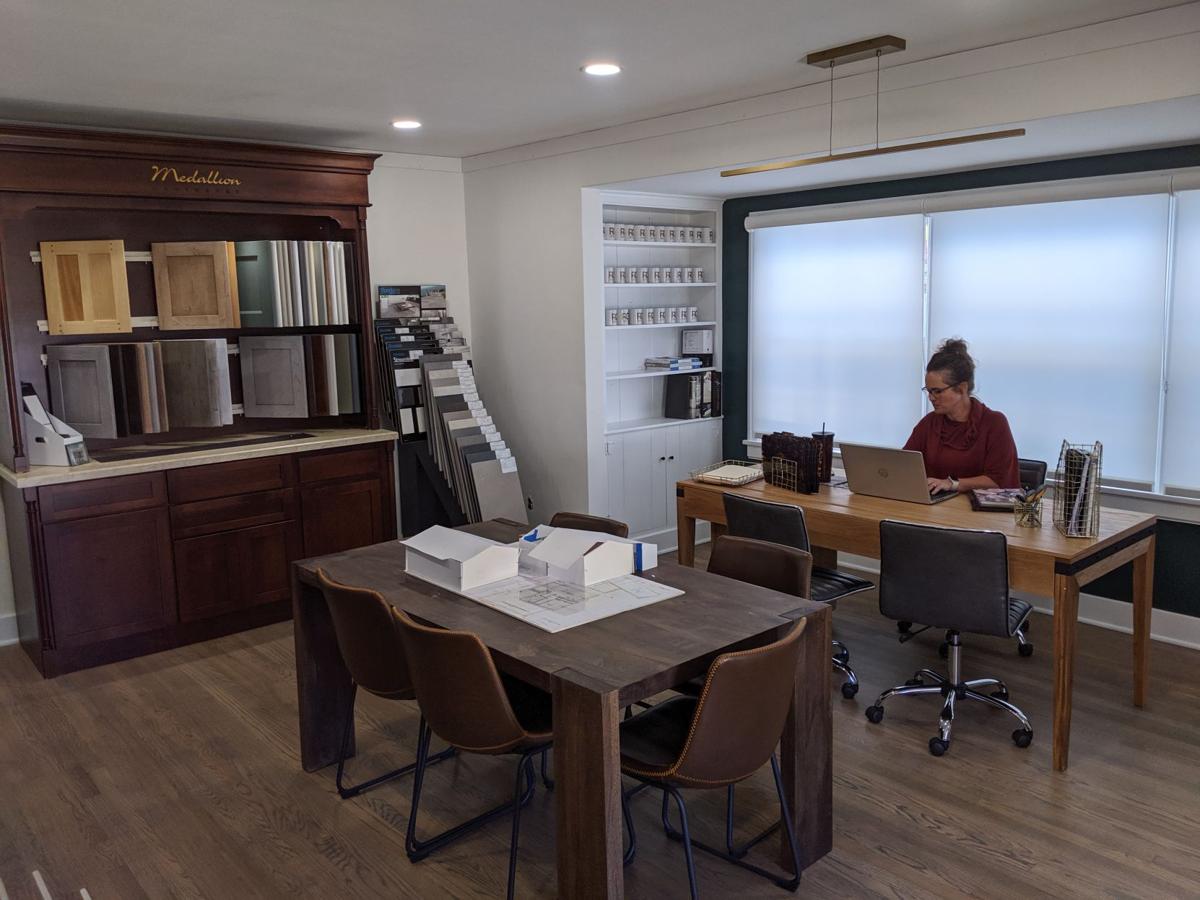 “Our clientele is such they want their own private space to vist Dana (Levanan) and go through the design process,” Garrett said while pointing to the renovated living space of the home which now features a design center. The design center, located at the front of the home, features a drafting table complete with 3-D designs, a television for design renders and a space for Levanen to work with clients.

RG Construction started in Garrett’s laundry room around 2010 and has continued doing in-house design and home work around the Battle Ground area ever since. Garrett said he and Levanen do everything they can to work directly with clients to avoid third parties and have hired more construction and project managers in the last year to help fill the space and work with people.

Garrett said the location of the Onsdorff House was a “no-brainer” as it sits in the heart of downtown Battle Ground on Main Street. Garrett said he is “excited to have the bigger space” and better location to better serve his clients.

Along with the design center, Garrett is working on renovating the rest of Onsdorff House to fit his business while still preserving its structural integrity. The back part of the house now contains offices for him and his larger staff along with a kitchen and client greeting area.

“We didn’t replace the hardwood floors, we renovated them,” he said. They also kept many other historical features like a height mark chart of the children who grew up in the home.

“A lot of people care about keeping the history,” Garrett said. “And that’s what we plan to do.”

Specialties: New construction, renovations and inspections for both residential and commercial building owners.

The Swedish settler and patriarch of the Onsdorff family, Peter Onsdorff, found Battle Ground to be a promising hub from commercial activity in the late 19th and early 20th centuries. The family owned a store at the time Battle Ground was platted in 1902. Onsdorff’s son, Sheldon, finished construction on the home sitting in downtown Battle Ground in 1935, one year before Peter’s death.

For the first few years, teachers at Battle Ground High School rented out rooms in the top floor of the house. Since 1935, the house has been home to many people and businesses. In recent years the now-defunct Battle Ground Chamber of Commerce was housed there.