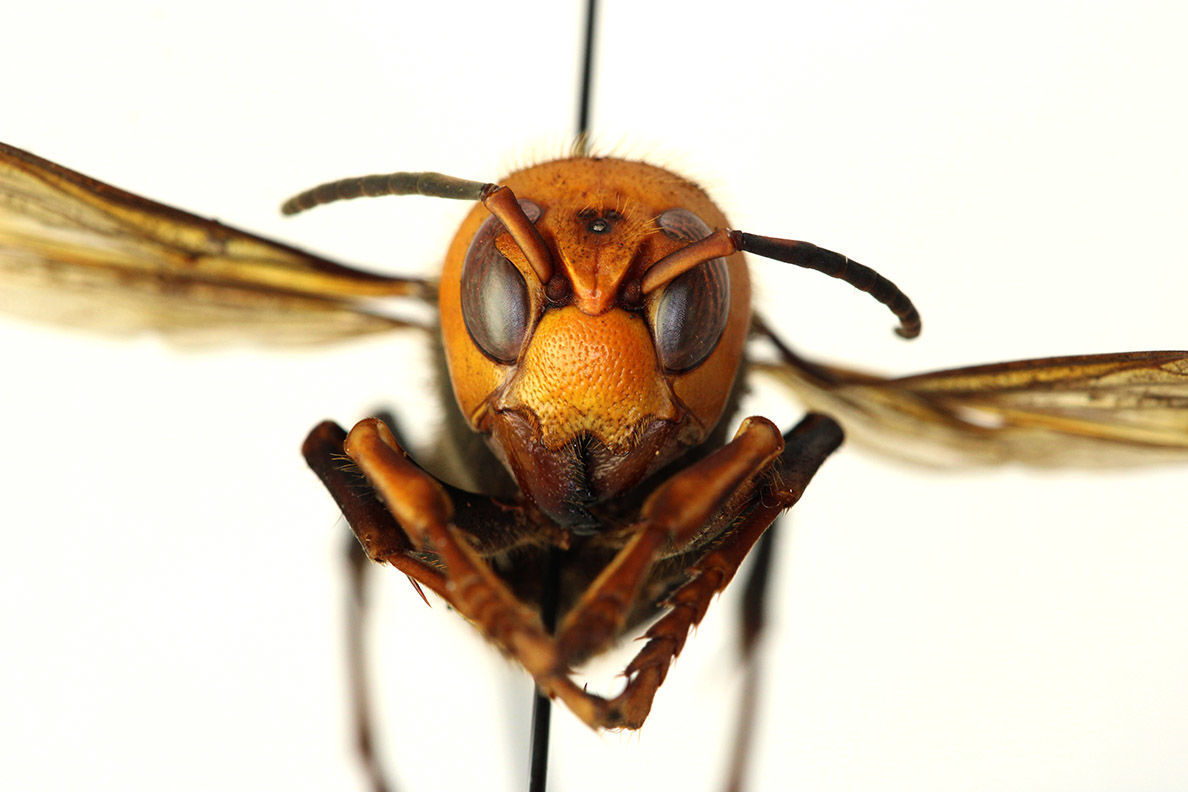 This front profile of the Asian giant hornet could help identify the insect in your area. 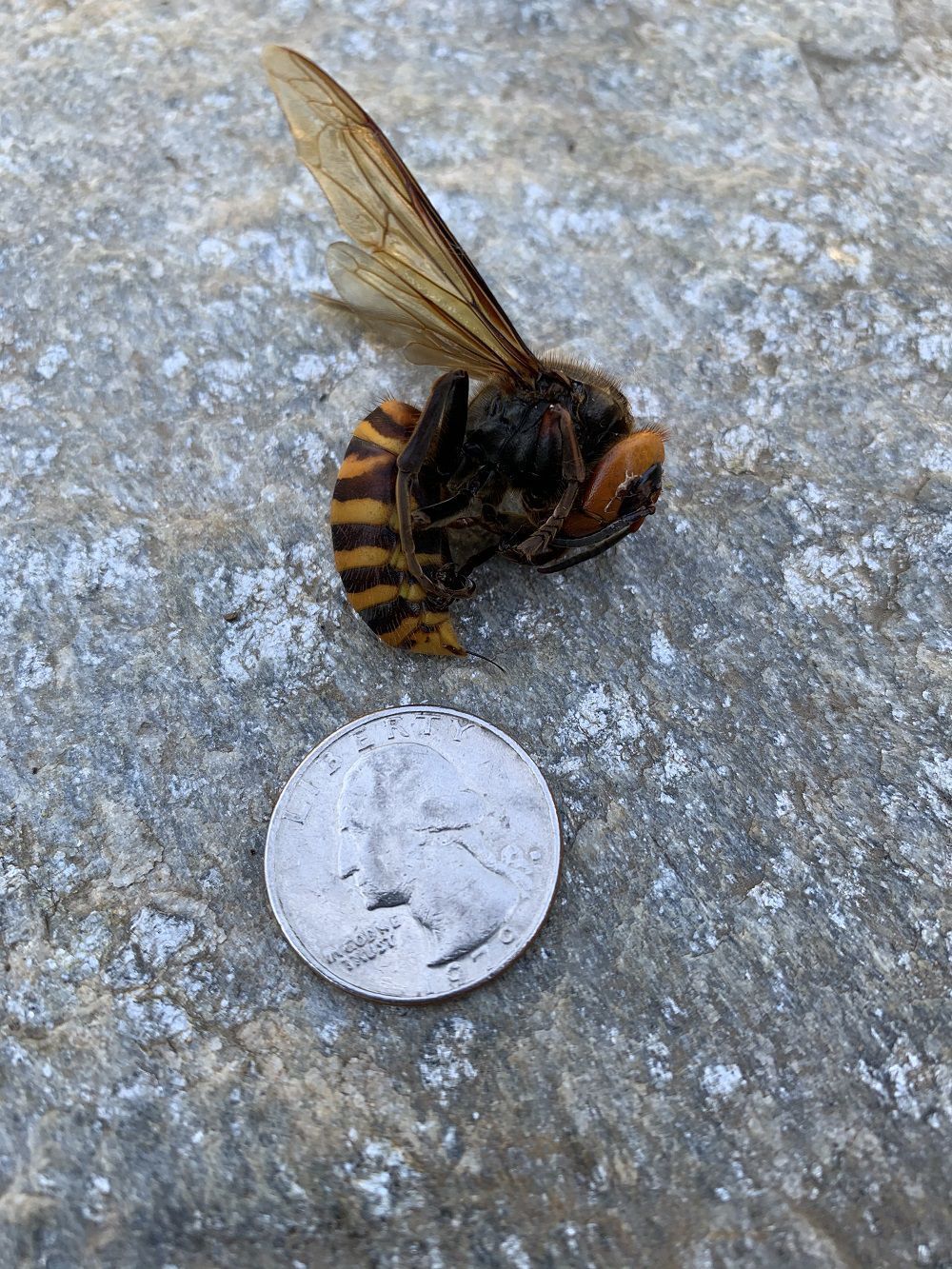 The Asian giant hornet is slightly larger than a quarter.

As summer gets into full swing and citizens start to spend more time outside, state and federal officials and local beekeepers hope the public will keep their eyes open and report sightings of the Asian giant hornet.

“When it comes to preventing and stopping a new invasive species, we all have a role to play and this is a great example,” Executive Coordinator of the Washington Invasive Species Council Justin Bush said in a news release. “The first detection of Asian giant hornet in the entire United States was made by an aware member of the public. Every other detection since has been made by everyday citizens. Being aware of new plants and animals or changes in your community and then letting experts know if something seems like a problem can save thousands, if not millions of dollars, in damages.”

The bee-killing hornet has been spotted in two different cities in Washington state this year so far. The hornet is expected to come out in larger numbers throughout July and August as the worker hornets become active and the queens stop leaving the nest.

The hornets become more active in the summer and fall as workers search for food away from their nests. Officials ask the public to report sightings as quickly as possible and give details of what they saw and where. Photographs are strongly encouraged if they can be taken safely. If the hornet is dead, residents are asked to save it for testing. Reports can be made using the Washington Department of Agriculture’s (WSDA) Hornet Watch Report form (bit.ly/3iiz381) the Washington Invasives reporting app (invasivespecies.wa.gov/report-a-sighting/) or the Washington Invasive Species Council’s website (bit.ly/2C1iaxV).

The WSDA created citizen scientists trapping information (bit.ly/31AXQ1a) for those who wish to trap hornets on their own land and report results to the agency. No commercial traps are available for Asian giant hornets.

“The public has, and continues to, play a critical role in the response to Asian giant hornet,” managing entomologist for the WSDA Sven Spichiger said. “We can only put up so many traps, but if people are on the lookout for them, it greatly increases our odds of finding and eradicating them.”

When Asian giant hornets are confirmed by WSDA, additional traps will likely be placed in the area to help determine the exact location of the nest. WSDA will eradicate nests when they are found.

“We are closely monitoring the situation and providing technical and financial support to WSDA as they work to find and eradicate this pest,” State Plant Health Director with U.S. Department of Agriculture’s Animal and Plant Health Inspection Service (APHIS) Tim St. Germain said. “These finds indicate that there’s a population of Asian giant hornets in northwest Washington, but APHIS does not consider the population to be established. APHIS considers a pest to be established in an area when there is evidence of a reproducing population over multiple years.”

More information can be found at agr.wa.gov/departments/insects-pests-and-weeds/insects/hornets.