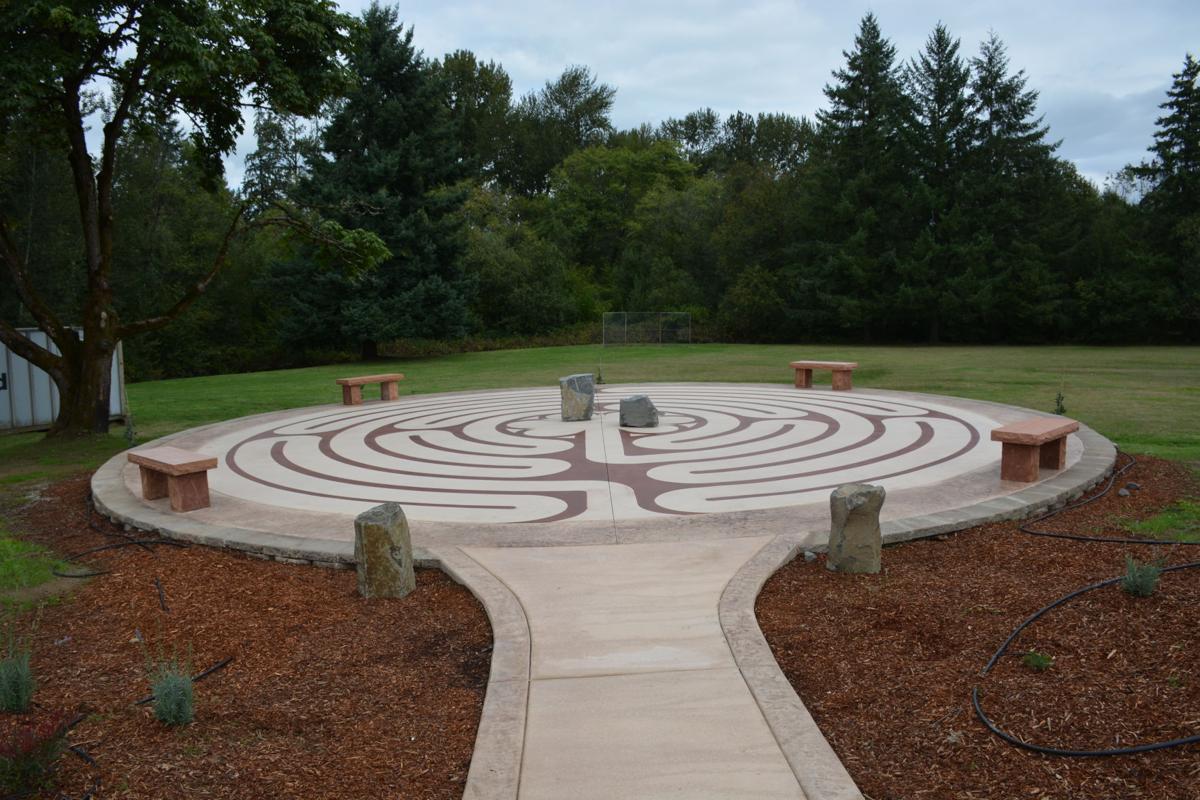 The labyrinth at Southridge Community of Christ Church in Ridgefield. It is made up of seven, 18-inch wide circuits meant for walking to find peace and inner healing. 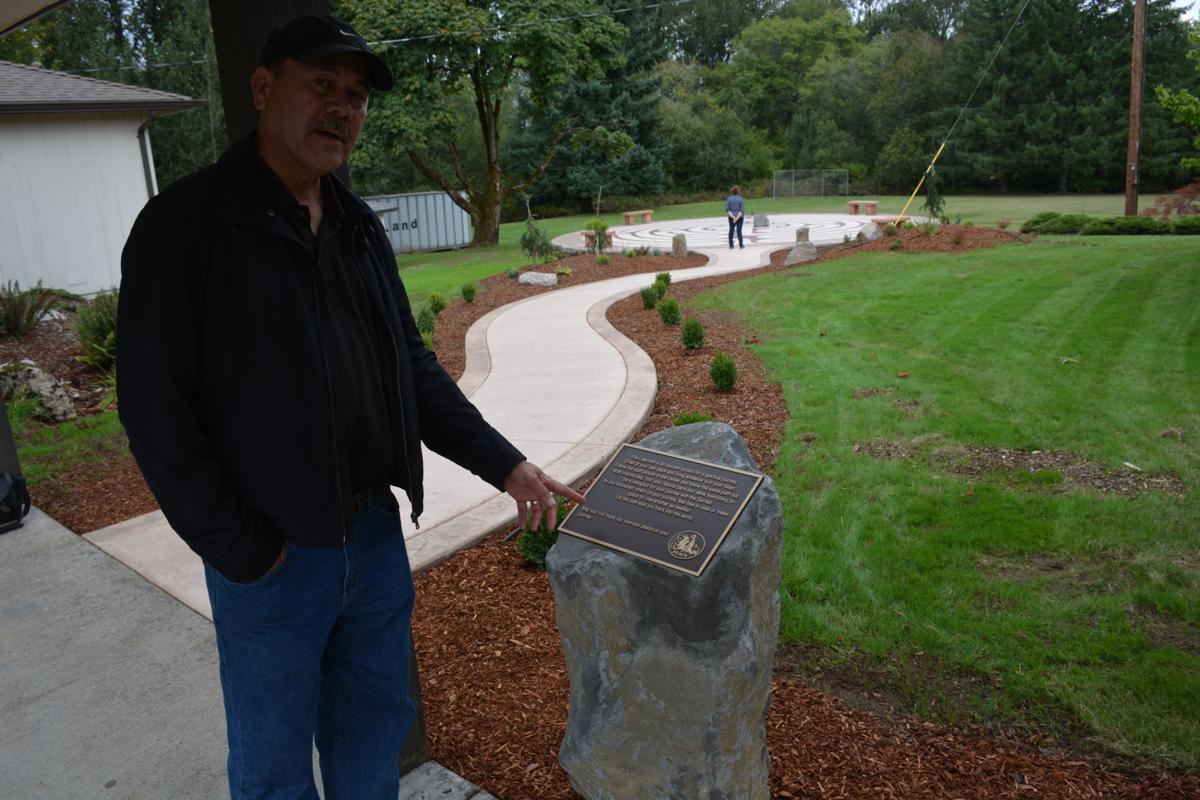 Dan Jackson, the main builder of the labyrinth, reads a dedication plaque while talking to The Reflector on Sept. 20.

Southridge Community of Christ Church in Ridgefield opened an outdoor labyrinth for the community to “self-reflect” on Sept. 8. The labyrinth, built by church member Dan Jackson, is located next to the church at 400 NE 179th St., Ridgefield.

“(We) wanted to meet the spiritual needs of the community,” Dan Jackson’s wife Fae Jackson said. “Especially for people who may not be connected to a traditional church but still have a need for spirituality in their lives.”

A labyrinth is an ancient symbol patterned from geometric shapes of the natural world such as a spiral and a circle. The pathway starts on the outside and twists and turns until it reaches the middle. Throughout its history, the labyrinth has been a symbol of wholeness. The spiraling path and circle come together in the middle to represent a personal journey to a person’s “center” and back out into the world again.

“It’s still the same pathway as the one in Chartres,” Fae Jackson said, explaining that the church didn’t have space for an 11-circuit replica.

The Jacksons believe the location next to the I-5 corridor will give more people the opportunity to walk and self-reflect in the labyrinth and mentioned how their labyrinth is connected to the Worldwide Labyrinth Locator.

“We are one of the few that are ADA Accessible,” Dan Jackson said. According to the website, there are 766 ADA accessible outdoor labyrinths in the United States and 1,005 worldwide.

Dan Jackson also made the path inside the labyrinth slightly wider to give people more space to reflect.

The Jacksons later mentioned that all materials for the labyrinth were locally sourced with the rocks in the center and benches coming from American Stone in Ridgefield. The labyrinth is located on the north side of the property at Community of Christ. Because it is both naturally and artificially lit, the labyrinth can be visited 24 hours a day, 7 days a week.

Labyrinth at Southridge Community of Christ

Located on the north side of property at: 400 NE 179th St., Ridgefield