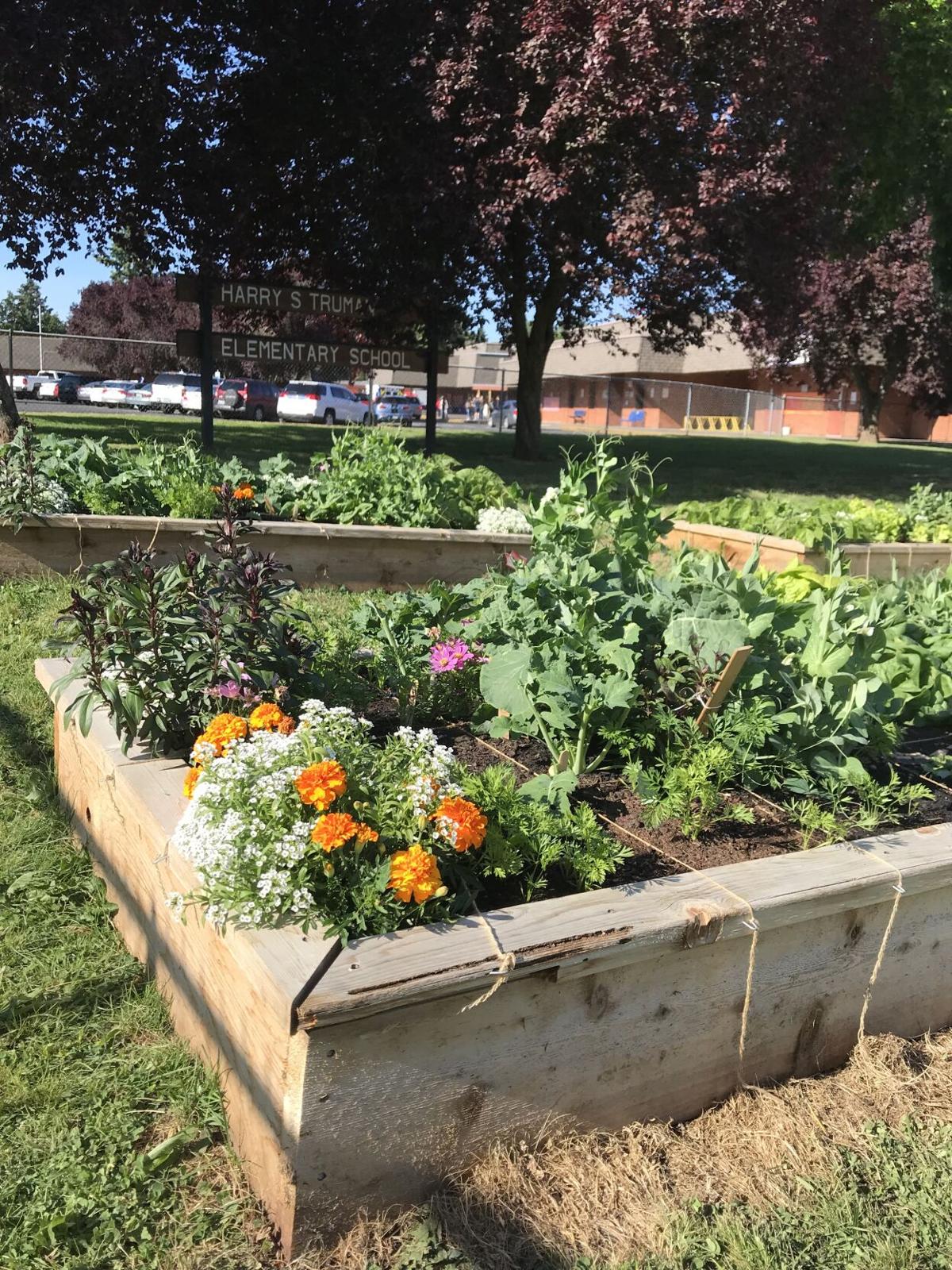 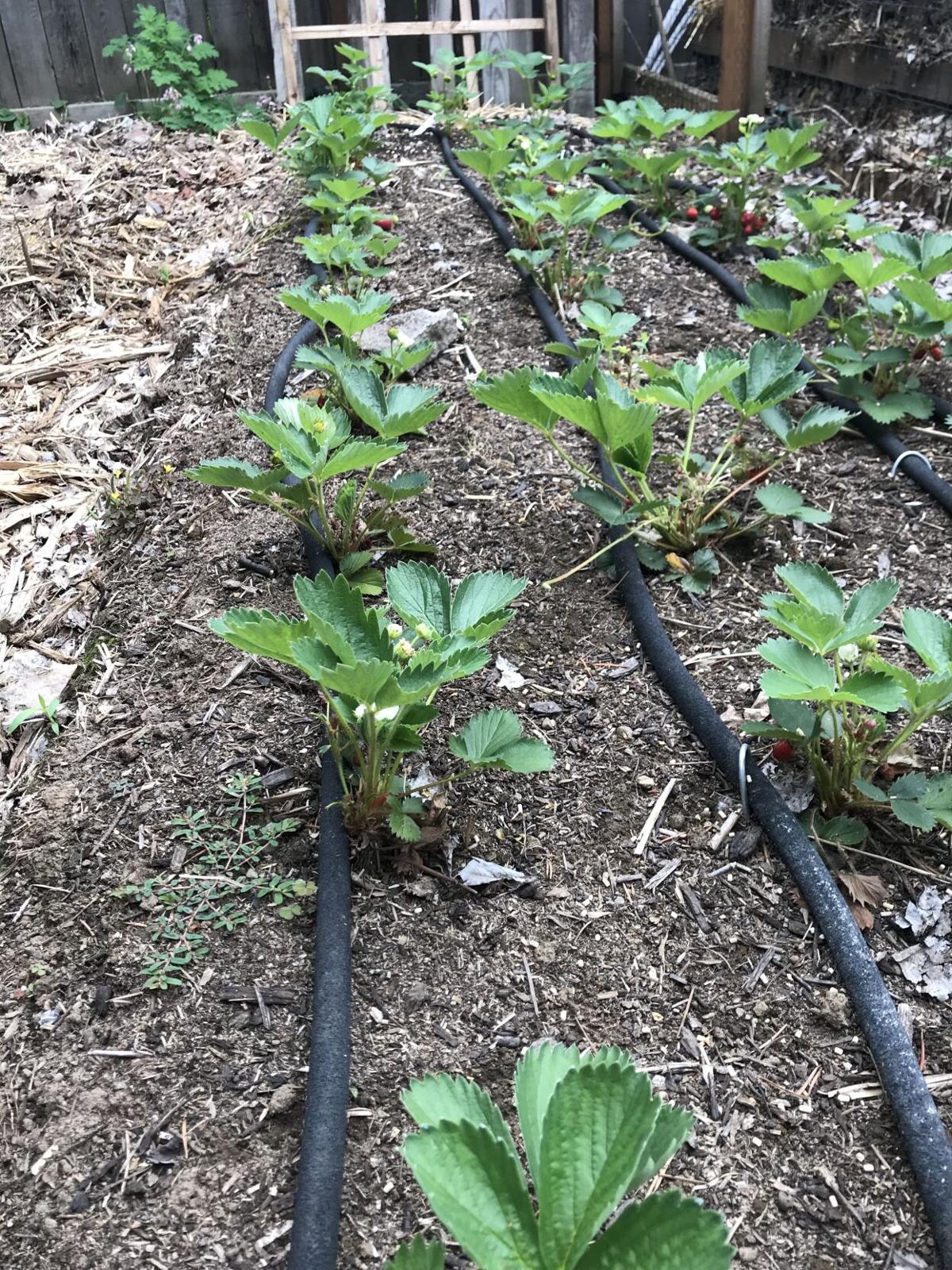 Watering plants lower to the ground is a natural form of pest control in the garden according to Master Gardener Rebekah Marten.

There aren’t many crops that don’t grow well in the Pacific Northwest.

Other than tropical plants that require loads of sunshine and hard-to-grow plants such as the sweet potato, Pacific Northwest gardeners can pretty much grow anything.

“There is very little that we can’t grow here without help,” Washington State University Master Gardener Rebekah Marten said. “We are very, very lucky that we live in an area where our climate allows us to grow a large variety of fruits and vegetables.”

Marten has volunteered with the Master Gardeners for about a decade and spends a few hours a week working at the answer clinic hosted by the organization. At the clinic, Marten answers questions from local gardeners by email, phone and in-person (during non-pandemic times). Marten said she has talked with many people who have moved to the area from other climates and are “wowed” by the amount of fruit- and vegetable-bearing plants that grow in the area. She  said both experienced “green thumbs” and new gardeners are able to grow the plants they want to eat.

According to Marten, the easiest seeds to plant in the ground right now are those of sugar snap or snow peas. Later in the season, the easiest thing to grow is green beans and “anything you’d put on a salad.”

“Radishes are super quick. You can put a seed in the ground and get a (radish) a month later,” Marten said. “Another easy thing to grow is salad greens like lettuce.”

Just like peas, radishes are seeds gardeners and put in the ground in the early spring. Radishes don’t grow back once pulled up, so if you want to keep the spicy root vegetable producing, plant new seeds every two weeks. Once the season gets into April, carrot, lettuce, spinach and beet seeds can be planted. Finally, when the weather warms up and summer is near, tomatoes, different breeds of squash and peppers are ready to get going. However, Marten said gardeners in the Pacific Northwest should pay attention to the variety of vegetable or fruit they are planting as some take more time than Western Washington has to grow.

“We have a warmish climate, but we don’t have as long of a growing season as other parts of the state,” Marten said. “If you’re growing warm season crops, it’s important to choose varieties that have a shorter growing season.”

As for pest control, Marten said keeping healthy plants is the best way to avoid pests as stressed or diseased plants will attract “bad actors” such as aphids. One way to ensure their health is to plant them in a section of the yard that gets at least eight hours of sunshine, preferably more. Another tip is to make sure your plants aren’t overcrowded. To paint a picture of the stress the overcrowding of plants causes, Marten said she envisions an extremely crowded elevator and how hard it is to move and breathe.

“Just keeping an eye on the plants helps to keep the pest level down so you notice problems before they get worse,” Marten said.

A low level of pests and bugs is normal for the healthy garden. Lady beetles eat aphids and keep plants healthy.

Along with sticking with easier plants to grow, Marten said new gardeners should be picky about the plants they grow and stick to “a few things” at a time and not get overwhelmed with a large amount of plants.

“I would much rather see a new gardener successful with a few things rather than a bunch of different plants and getting ‘burnt out,’” Marten said.

As for fruits, Marten said strawberries are among the most popular plants in the area and she hardly knows any local gardens that don’t plant them. Because they can be planted as soon as the soil is workable, the sweet red fruit is one of the first of the season. According to Marten, there are loads of different varieties of strawberries available to plant, and each gardener should plant the one to their taste. The June Bearing variety will produce a bunch of strawberries all at once and are great for those looking to can or jelly their fruit. Other varieties such as the Day-Neutral variety will produce smaller amounts of fruit all summer long and work best for those who want a consistent “mid-day snack.”

Marten said more experienced gardeners probably know what’s best for them and their garden, but those new to the area or the hobby should stick with a few plants they know they like to eat and a couple of “experimental” plants. To take a few dollars off the grocery budget, gardeners should plant fruits and vegetables that cost more in the store, such as blueberries and strawberries, and stay away from lower-costing food like cabbage. However, Marten said all gardens are different and “everyone has one crop that is a ‘must grow.’”

“(Gardening) is a lot of experimenting, which is always fun because every year is a little different,” Marten said. “If you start out small and get a feel for gardening, your garden can grow as your experience grows.”

Easiest crops to grow in the Pacific Northwest and when to plant them:

• Kale — Plant starts or seed May to June

Intermediate to challenging crops for the Pacfiic Northwest and when to plant them:

• Potatoes — Plant tubers March through May

• Corn — Plant seeds mid-May through June and starts in June

• Cilantro — Plant starts in April and seeds May through June

• Cabbage — Plant seeds or starts March through May

• Brussels sprouts — Plant seeds or starts May through July