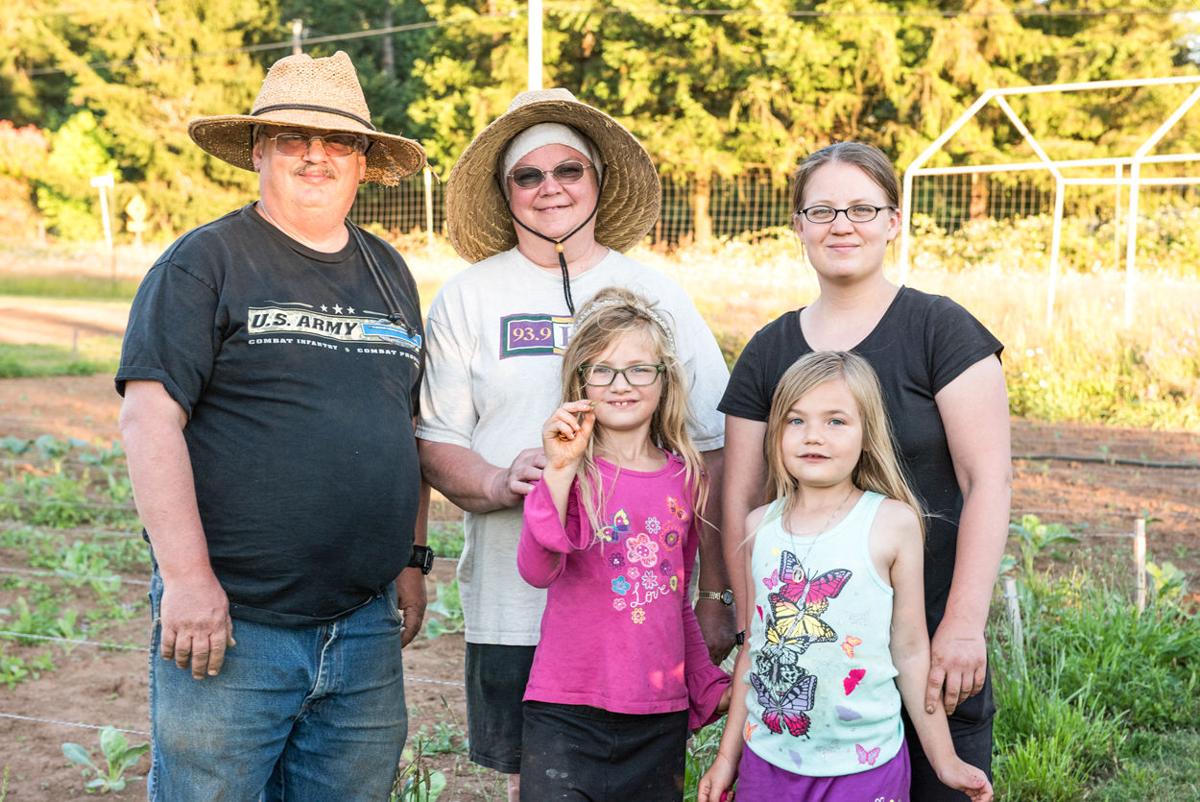 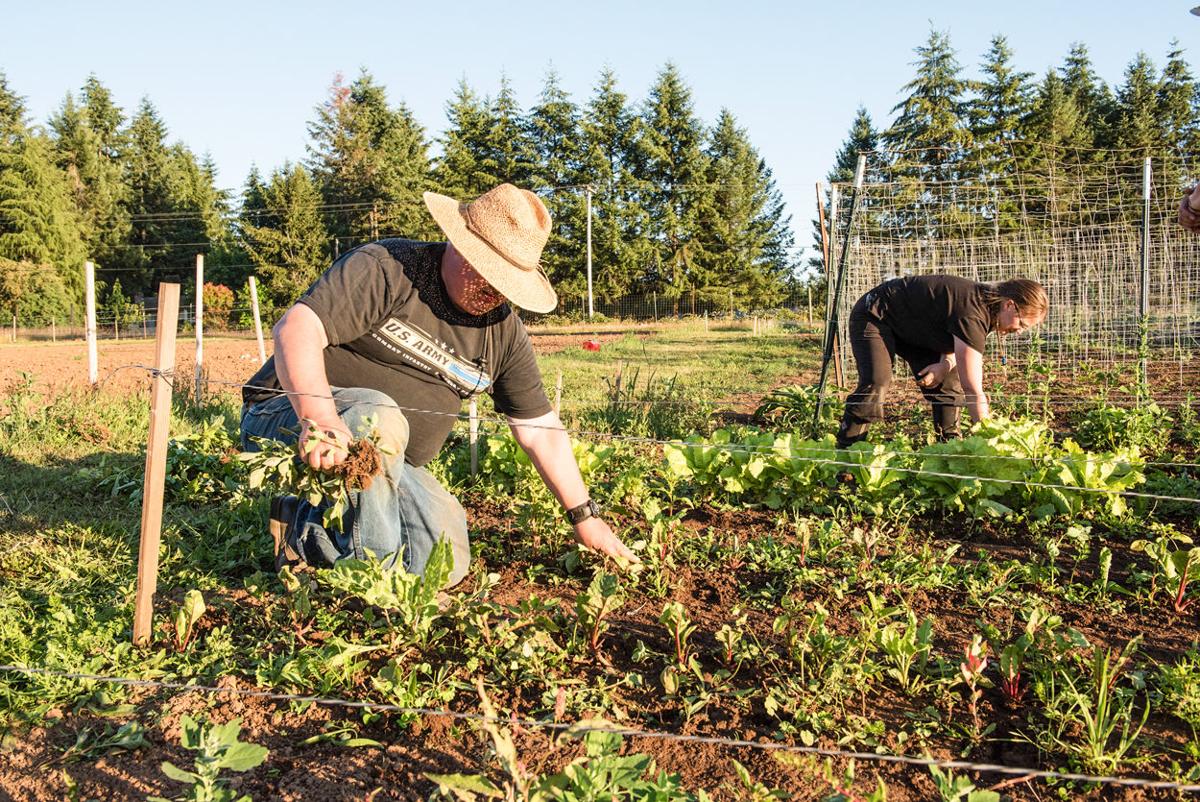 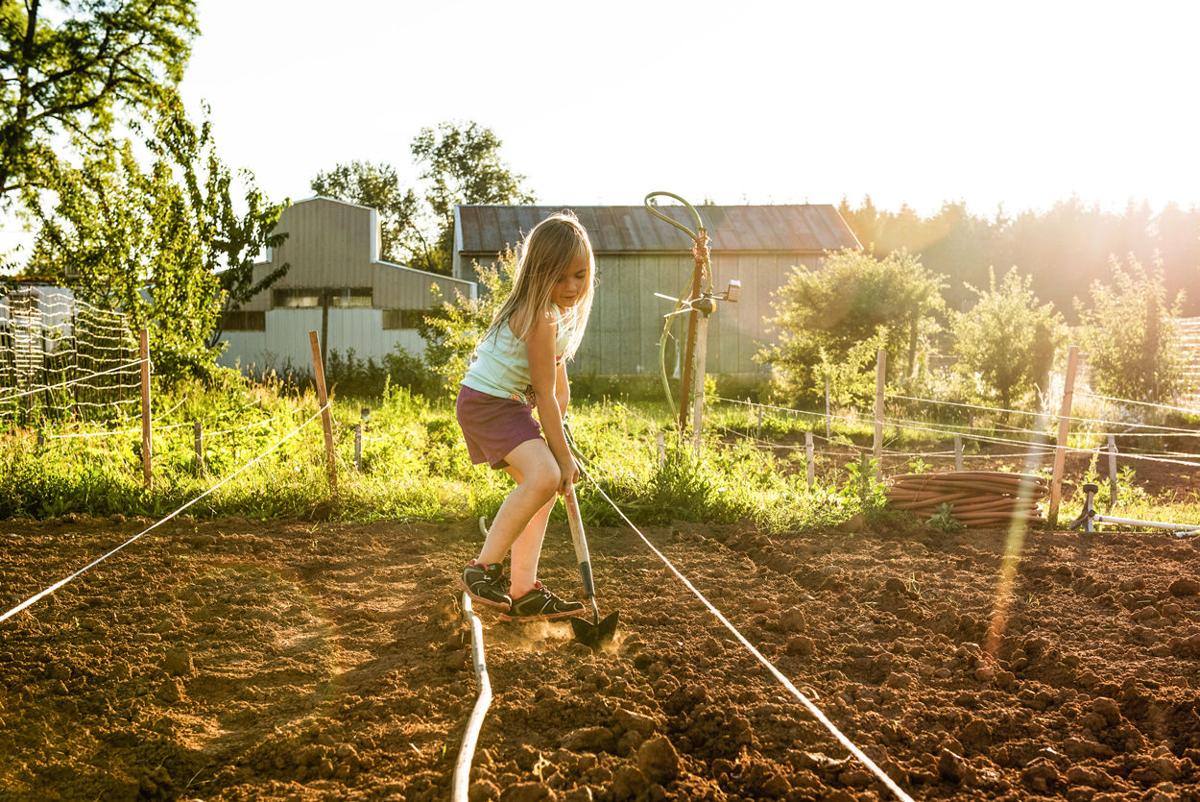 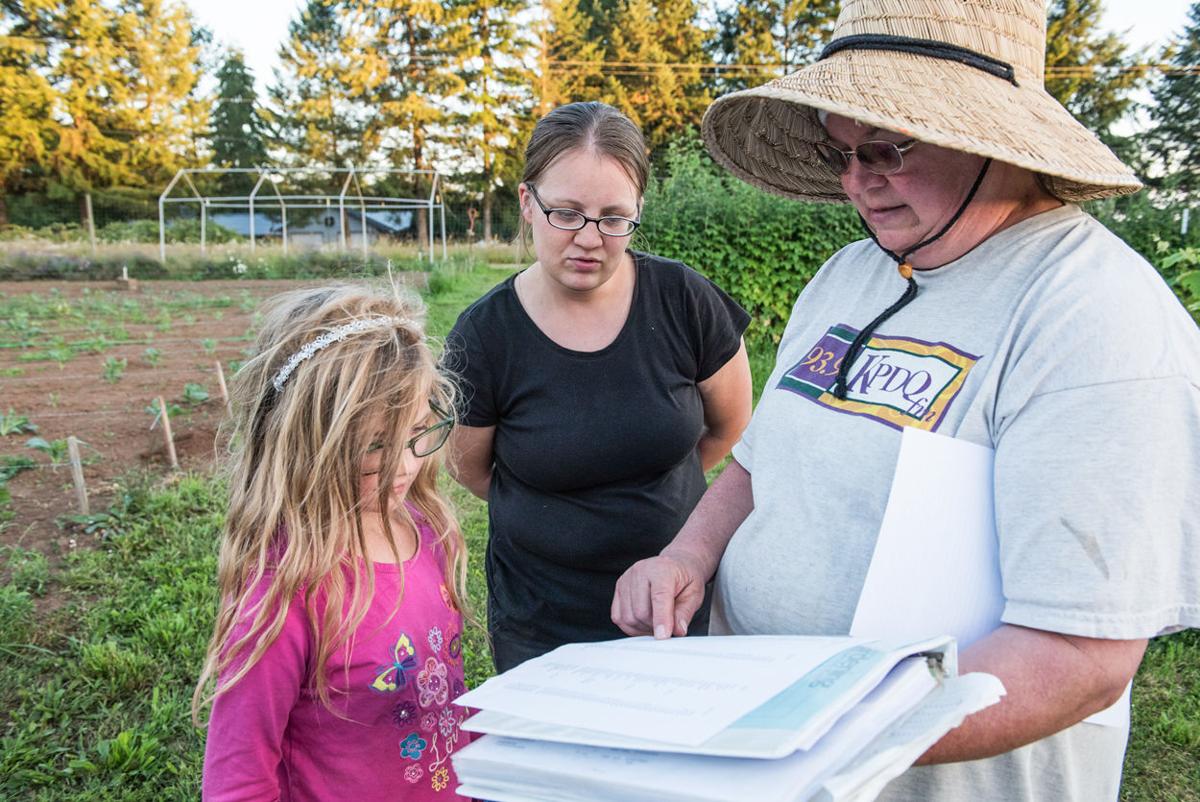 Some people just think about how they might help, if they only had something to offer. Others dive right in and do it.

When Ed Aho started planting a garden to feed others who are hungry, he said he was just looking for a way to get some exercise. His wife, Donna Aho, had started the free exchange Sharing is Caring, and Ed wanted to find a way to give to his community as well. When they read an article about cutbacks in food supplies to the Clark County Food bank, they looked at their 12.5 acres and thought, “We can help with that.”

That was the beginning of their vegetable garden grown for sharing — Beacon Farm. The first year, they donated 700 pounds of fresh, organic vegetables to the North County Community Food Bank (NCCFB).

Emboldened by their success, they cultivated double the garden space in 2014, and donated 1,200 pounds of vegetables.

A larger expansion in 2015 produced a whopping 4,400 pounds of vegetables for NCCFB. That year’s garden spanned 190 rows, which would have stretched for two miles if laid end to end.

“It puts the land to use,” Ed said, gesturing to the flat, grassy fields stretching beyond the house and gardens. “I wanted to teach my kids and grandkids a good work ethic. You don’t always have to get anything back for your work.”

The basement of the Ahos’ home is converted to a greenhouse during winter and early spring. Twenty fluorescent lights hang over long rows of tables for sprouting seeds, to give them a head start on the cool Northwest growing season.

The basement and two plastic greenhouses still hold plants waiting to be set into rows in the garden soil.

“We can’t grow on a large scale, but we do what we can do,” Ed said. Their days are full. Donna works full time cleaning houses. Ed works in Portland, and puts in a few garden hours after his 90-minute commute home.

The Ahos’ roots in their property run deep, in more ways than the garden. Donna grew up on the small farm her parents bought in 1964, one daughter was married there, and now another daughter and two granddaughters live there with them. Five generations of her family have attended Hockinson schools.

The garden has become a family affair. Ed and Donna’s daughter, Adaline Curtis, and her two daughters, Mekina,7, and Mariah, 8, spend every moment they can working in the field. Adaline’s favorite vegetables are the cucumbers and the cherry tomatoes.

“You can just eat them in the garden,” she said with a smile. “And I like peas and beans. All these finger foods.”

Mekina can’t remember a time before there was a garden. When she was only 3 years old, they handed her a rake and she kept at the job until she had mounded six perfectly straight rows for planting. Mariah has an uncanny way of catching the bugs and snakes that hide in the grass, her favorite pastime.

An 8-year-old tom turkey roams the farm, preening and staying close by for attention, and kitties pounce on flighted insects between the rows. The garden is completely organic.

“We’d rather deal with weeds than poisons,” Donna said.

The Ahos’ contribution makes a difference in the food that more than 700 families receive each month at the food bank, said NCCFB Executive Director Liz Cerveny. She has helped at the farm herself, and encourages volunteers to lend a hand.

“Just an hour or two makes a world of difference,” Cerveny said. “They’re very accommodating. Just about anybody can help with something.”

Donna pitches the many benefits of a day of farm work.

“I have never went to the gym, we move every muscle in our body,” Donna said. “Never had sleeping pills, too tired for that. Lots of Vitamin D and a free sun tan.”

It takes a lot of work to grow such a large garden, and money to purchase the seed and supplies. The Ahos said they are always thankful for help. Volunteers are needed in the garden for a wide variety of tasks, and all ages and abilities are welcome. There are even jobs that can be done seated; seeding lettuce and kale in flats, or transplanting young plants from flats to small pots. Donations of money are accepted for the costs of seeds and gardening supplies.

Information about volunteer opportunities at Beacon Farm are available at the farm’s Facebook page, www.facebook.com/BeaconFarmHockinson, or by calling (360) 600-4037.