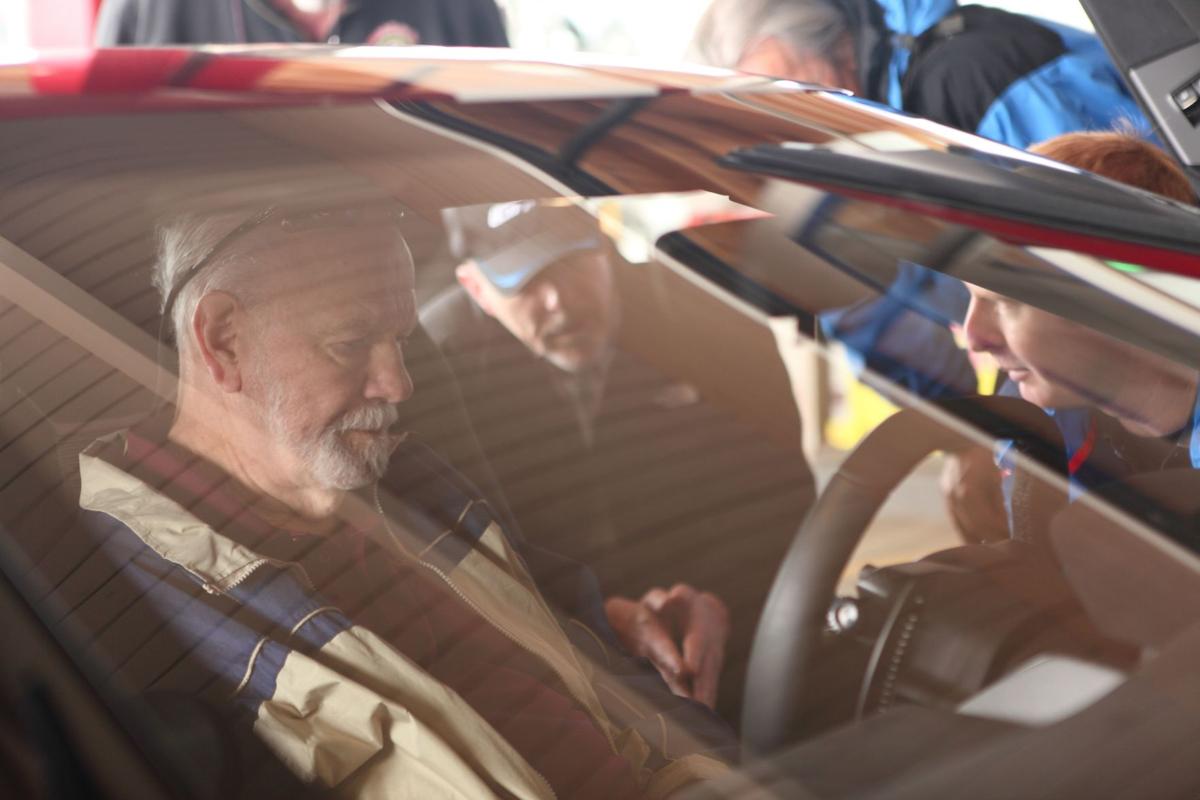 Ron Wade of Woodland sits at the wheel of his 2019 Ford GT. Wade is opening a museum in Hazel Dell later this year which will feature over 30 rare cars. 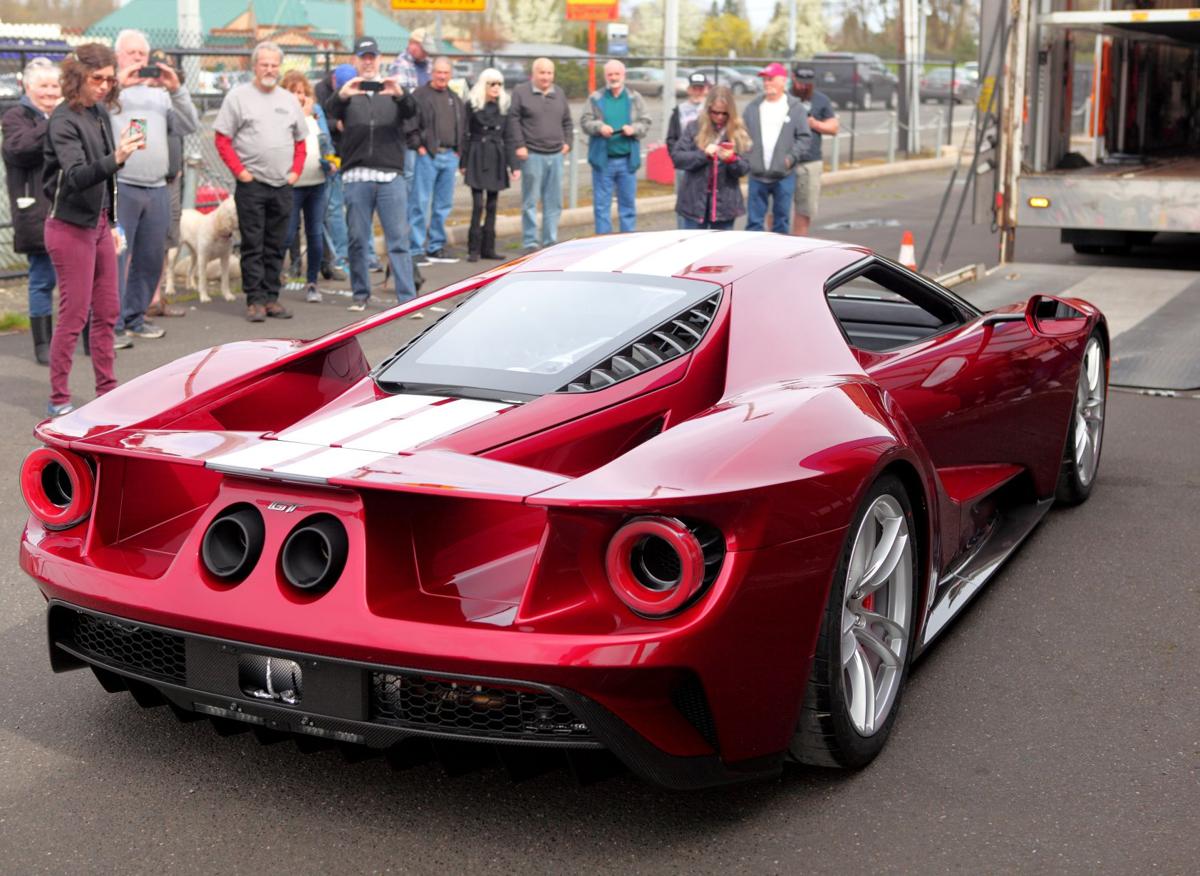 Car enthusiasts admire Ron Wade of Woodland’s 2019 Ford GT after it was dropped off earlier this year. 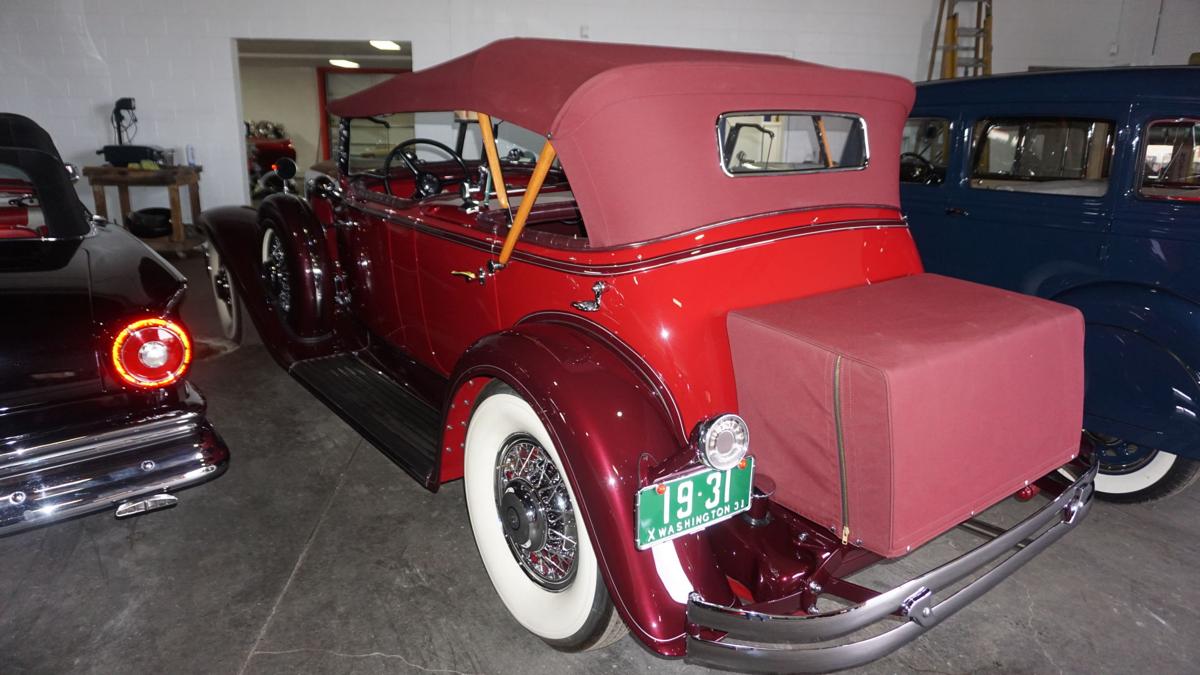 Ron Wade of Woodland’s planned museum will feature cars from his collection stretching back across the last century.

Ron Wade of Woodland sits at the wheel of his 2019 Ford GT. Wade is opening a museum in Hazel Dell later this year which will feature over 30 rare cars.

Car enthusiasts admire Ron Wade of Woodland’s 2019 Ford GT after it was dropped off earlier this year.

Ron Wade of Woodland’s planned museum will feature cars from his collection stretching back across the last century.

As the factory driver slowly backed it out of the semi-truck, onlookers caught their first glimpse of Ron Wade’s newest addition to his already impressive car collection. The shine of the back windshield came first, then the glow of the tail lights and then the deep, rich hue of red. Continuing to inch the powerful vehicle backward to line up with the edge of the elevated ramp, people had to have been holding their breath for fear the driver would miscalculate.

Moments later, Wade’s 2019 Ford GT — with a price tag of $535,000 — was safely on the ground and the aerodynamic design could be admired up close. Butterfly doors accentuate its futuristic lines and a twin-turbo, 647-horsepower V6 engine back up its reputation as a supercar on the track.

Capable of going from 0 to 60 mph in a mere 3 seconds, Wade may not be able to explore the full potential of his newest acquisition on an average day but he certainly doesn’t intend to keep it on a showroom floor either.

He’s referring to his 1999 Viper ACR which was built for club racing. In total, Wade calculates that he owns about a dozen super performance sports cars — predominantly convertibles — that have over 500 horsepower under their hood. Included in that count is a 2005 Ford GT, fulfilling a prerequisite of having one or more Ford connections when applying for the right to purchase a 2019 model. Of the over 9,000 people who submitted applications, about 6,600 filled them out properly and, from there, the list was whittled down to 1,350. Wade spent four hours on his application and submitted a 60-second video, no doubt illustrating his car aficionado status.

“It sounds great, it sounds absolutely great,” Wade said. “Everybody I’ve talked to say the pictures do not do it justice.”

Wade’s GT is one of only two to be delivered by Ford to the northwest. Rumors amongst local gearheads suggest the other one went to a member of Microsoft’s upper management.

Wade tells the storied past of the Ford GT with such passion, it seems inconceivable that he should not possess this newest edition. Back in 1963, Enzo Ferrari was the name in sports car racing but his company was experiencing financial challenges. Meanwhile, Henry Ford dreamed of winning an internationally-recognized race but had no vehicle with the capability. Enter the agreement for Ford to purchase Ferrari. At the signing table, a huge disagreement ensued and the rest is motor car history.