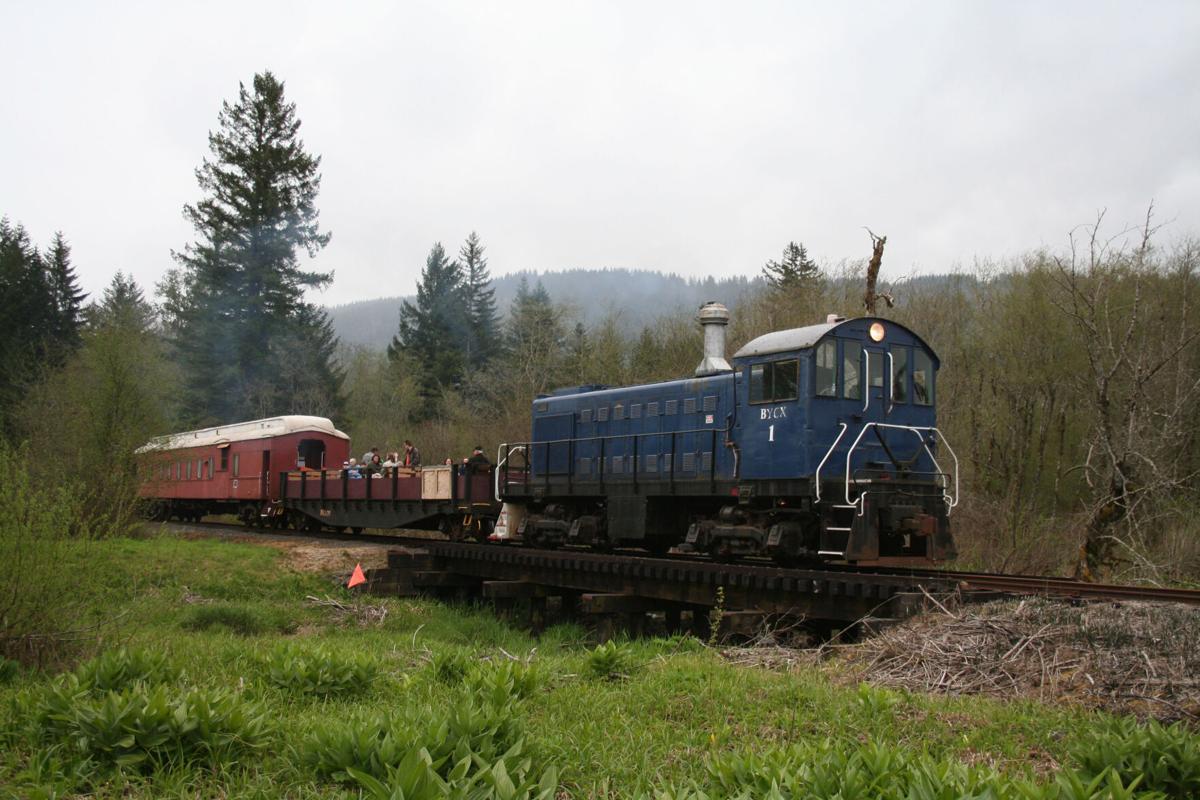 Chelatchie Prairie Railroad operates a 1929 ALCO 2-8-2T steam engine on some of its rides. Currently, the engine is down for maintenance, but the railroad hopes to have it up and running by 2022. 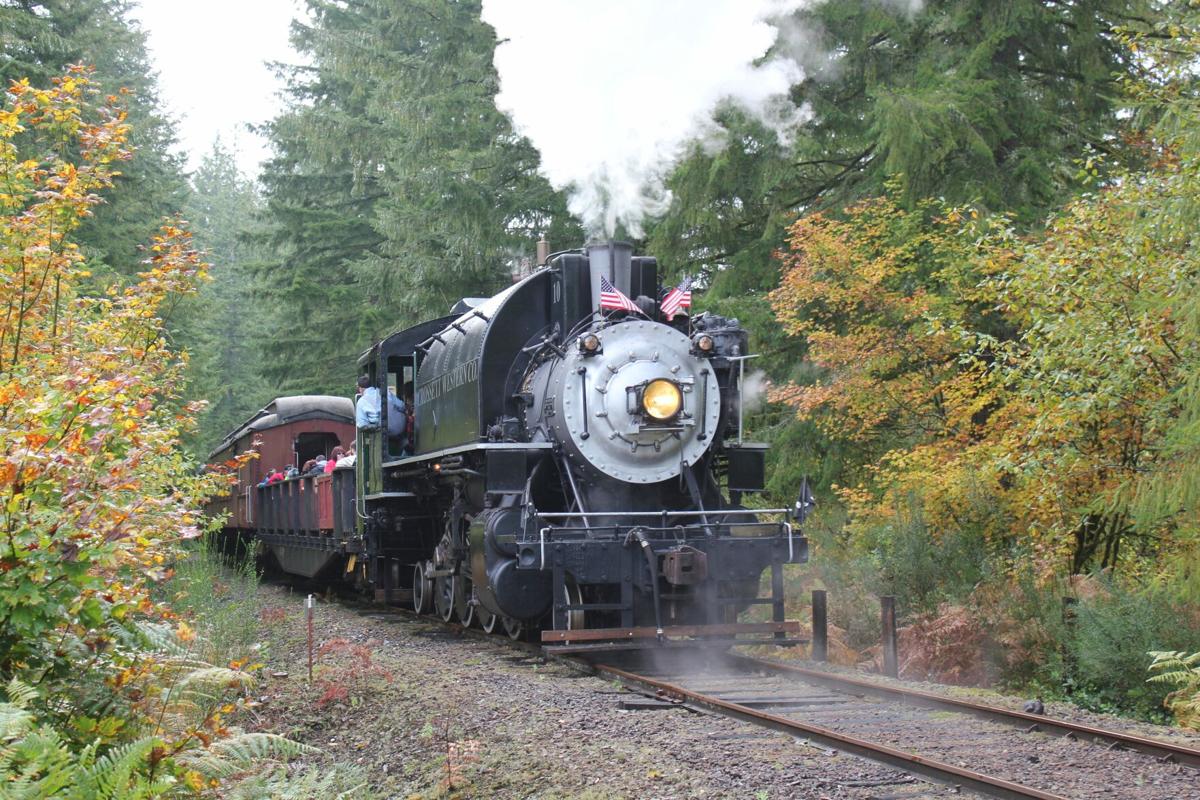 In addition to the steam engine, the railroad operates a diesel engine on other rides throughout the year.

In 1998, a group of community volunteers banded together to restore part of the historic Chelatchie Prairie Railroad and turn a portion of the track into a functioning scenic railroad. Since getting the track to operating standards in 2001, the group of volunteers has offered family-friendly train rides every year from Mother’s Day to the close of season. However, in 2020, train rides were halted due in part to both the COVID-19 pandemic and a traffic accident that took out about 40 feet of track, which is still in the works to be fixed.

“We want to get out there and run the trains,” Chelatchie Prairie Railroad President Randy Williams said. “It’s been really hard on us.”

Williams said volunteers operating the railroad are able to conduct routine maintenance on the track. However, for larger repairs such as the 40 feet of track taken out due to the accident, Chelatchie Prairie Railroad has to rely on Clark County officials for repairs. Williams said there is only about a mile of track the railroad could “legally run on” right now.

As the county gears up to get the track repaired, Williams said Chelatchie Prairie Railroad “faces a second hurdle” in its prospects of reopening — COVID-19.

“The majority of the train crew is all over 70 and some are over 80,” Williams said. “We have to get everybody vaccinated (before the trains operate again). I don’t have enough young people to run the train.”

Even if full, the train faces a final roadblock before it can get running again. According to Williams, the Chelatchie Prairie Railroad doesn’t operate under local or state law, but federal law. Williams said the train crew is “not sure which jurisdiction they fall under” and are working to get as much information as possible in the coming months so the train could “reopen by Mother’s Day” if the track is fixed and the crew is vaccinated.

“We’re hopeful. We would love to open up Mother’s day weekend,” Williams said. “If they get the track fixed we will make every effort to staff and run a train.”

Williams mentioned that Chelatchie Prairie Railroad is always looking for younger people and volunteers in general to help with day-to-day railroad operations. With a younger crew, the train wouldn’t rely heavily on the vaccination of its operators to run. Williams explained that signing up to be a volunteer is as easy as reaching out by phone or email or even just walking up to the ticket booth (when the train is operating). All but one of the crew members working at Chelatchie Prairie Railroad never worked in the railroad industry before becoming volunteers, according to Williams.

“(Volunteering) does not take any expertise,” he said. “We will train you and you can be trained to do whatever you want.”

To explain the ease of the volunteering process, Williams told his own story about getting involved with the railroad. After moving to the area in 2005, he surprised his wife with a trip on the railroad.

“That day, the conductor offered me a ride up in the cab,” he said. “The next weekend, I was out there (on the tracks) training.”

Williams said he was “more than excited” to get the railroad operating in the community again, as it brings tourists to Yacolt-area destinations such as Moulton Falls Winery, Moulton Falls itself and the Cedar Grist Mill in town. Along with bringing in tourism, Williams said he appreciates the “family” aspect of the railroad. In the winter, Williams can be seen sporting a red coat and taking pictures with children as he plays Santa Claus for the railroad.

“We’re very family friendly,” he said. “We keep our prices really low (for that reason).”

For Williams and the crew running the trains, the Chelatchie Prairie Railroad is more than a volunteering opportunity. It’s both living history and something they personally enjoy. Historically, the tracks were used for lumber trains and other commercial services before they were decommissioned. Recently, talks of developing the “largest piece of undeveloped commercial property in Clark County” have brought up the idea of making the tracks commercially viable again. However, for now, the volunteer group and their train rides are the only use the historic tracks see.

The volunteer organization also has a piece of history in its lineup. The railroad operates a 1929 ALCO 2-8-2T steam engine on some of its rides. According to Williams, the engine was originally made for logging transportation and the “T” in its model number means the engine is “without a “tender,” meaning the locomotive carries fuel and water on board the engine itself, instead of in a separate car.

According to Williams, federal law mandates an inspection of steam engines every 15 years. During the inspection, the engine must be completely taken apart, inspected and reassembled again. Currently, the goal is to get the steam engine on the tracks for the 2022 season, so any trips in 2021 will be run on the organization's diesel engine.

“If anyone wants to be a part of the rebuilding process, go ahead and volunteer,” Williams said, mentioning that the only requirement to volunteer is being over 18 or coming with a parent.

For more information about the railroad and volunteer opportunities, visit tickets.bycx.org/ or email Williams at bycxpresident@gmail.com.