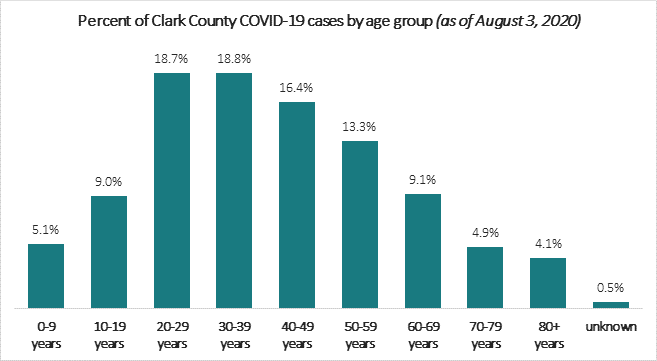 A graph from Clark County Public Health showing the percentage of confirmed COVID-19 cases by age. 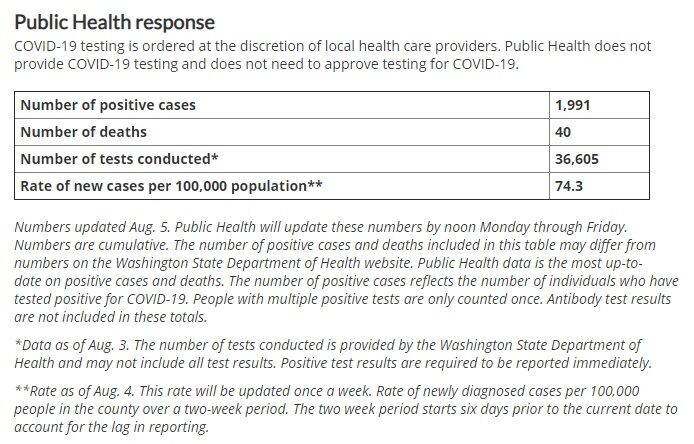 Clark County’s confirmed cases of COVID-19 approach a total of 2,000 as 45 more individuals were reported to test positive in Wednesday’s update.

Clark County Public Health’s Aug. 5 update puts the total of confirmed cases of the disease at 1,991 since the outbreak began. No additional deaths of individuals confirmed to have COVID-19 were reported, keeping the total at 40.

Public Health also started providing a weekly percentage graph by age of confirmed cases the day prior. The graph shows that the majority of cases have been in individuals between 20 and 49, with the highest 10-year group being ages 30 to 39 at 18.8 percent, followed closely by ages 20 to 29 at 18.7 percent.