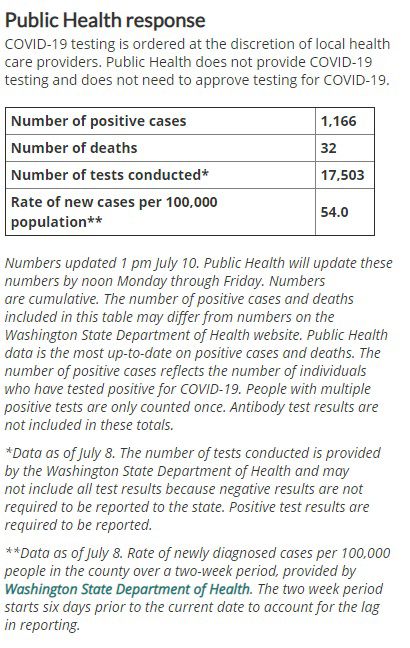 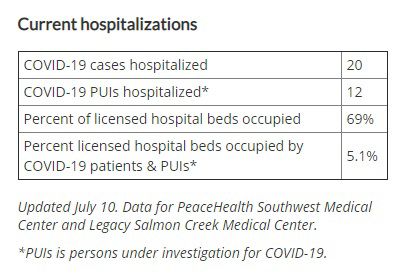 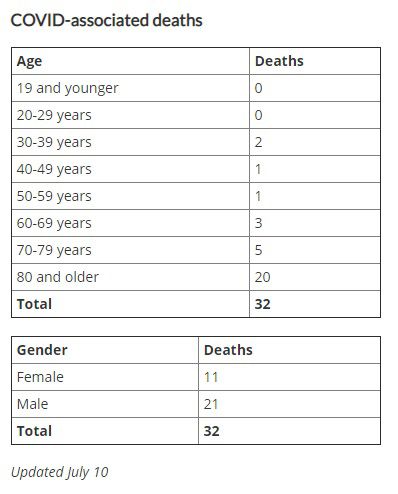 Two more deaths of individuals confirmed to have COVID-19 have been reported in Clark County, with more than three dozen new positive cases confirmed in the latest update.

Clark County Public Health’s latest numbers July 10 showed that a woman in her 50s and a man older than 80 who had confirmed COVID-19 had died. The department reported the woman had underlying health conditions, while it was undetermined if the man had any as of the update.

The deaths put the total number of people confirmed to have the disease who have died at 32. Public Health also reported another 38 positive cases, bringing the total in Clark County to 1,166 since the outbreak began.