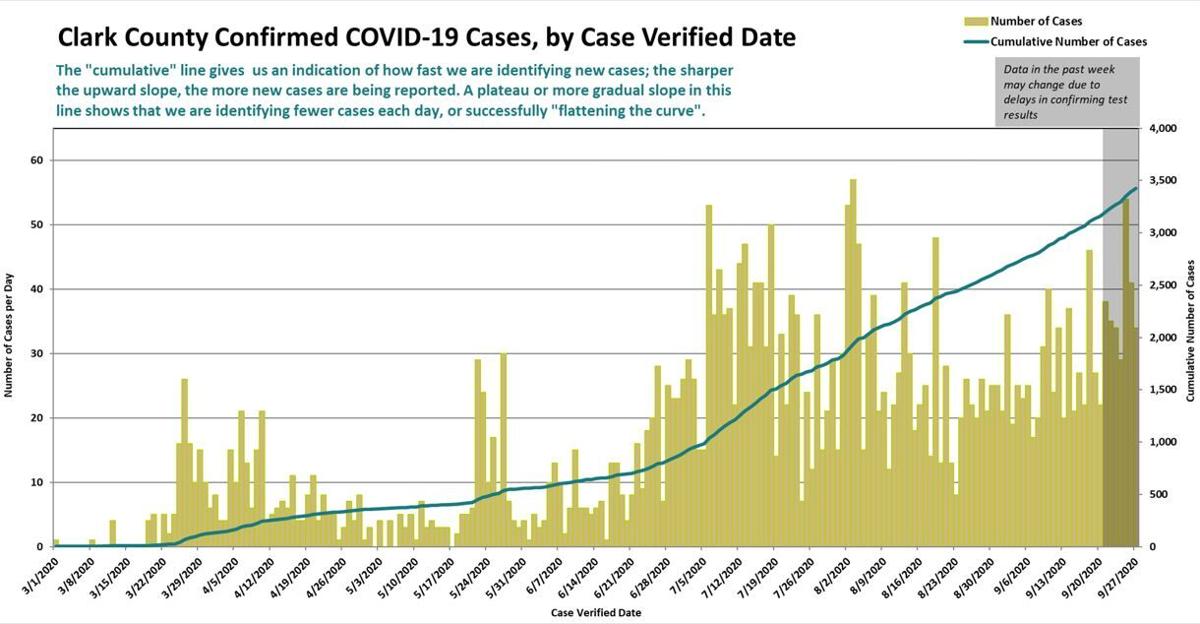 A graph showing the daily number of confirmed cases of COVID-19, as well as a curve of cumulative cases, updated to Sept. 29. The left axis shows the number of new cases per day based on the date of testing, while the right shows the cumulative number. 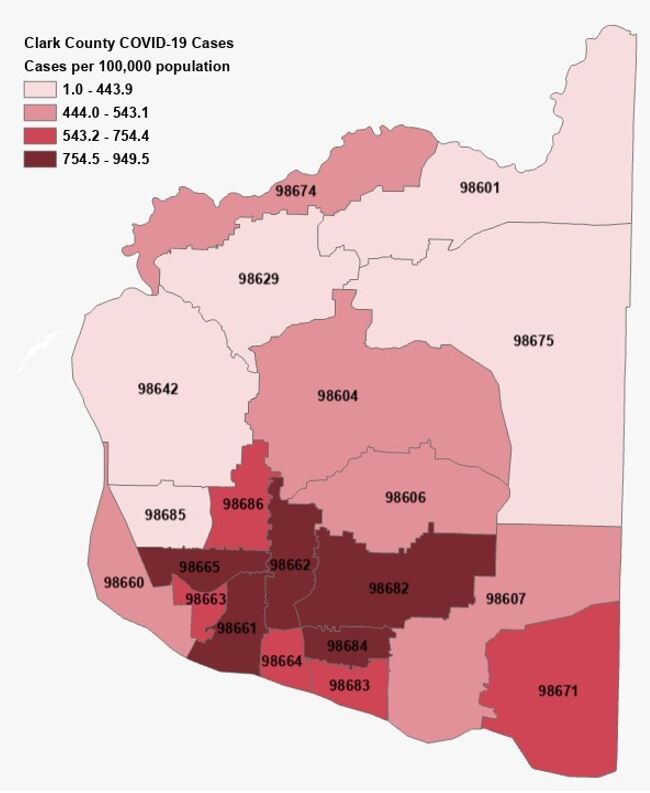 A map from Clark County Public Health shows areas by ZIP code where confirmed cases of COVID-19 have been tested. The rates per 100,000 of population in each ZIP code are shown by progressively deeper shades of color for a greater case rate.

A graph from Clark County Public Health showing the percentage of confirmed COVID-19 cases by age, updated to Sept. 29. 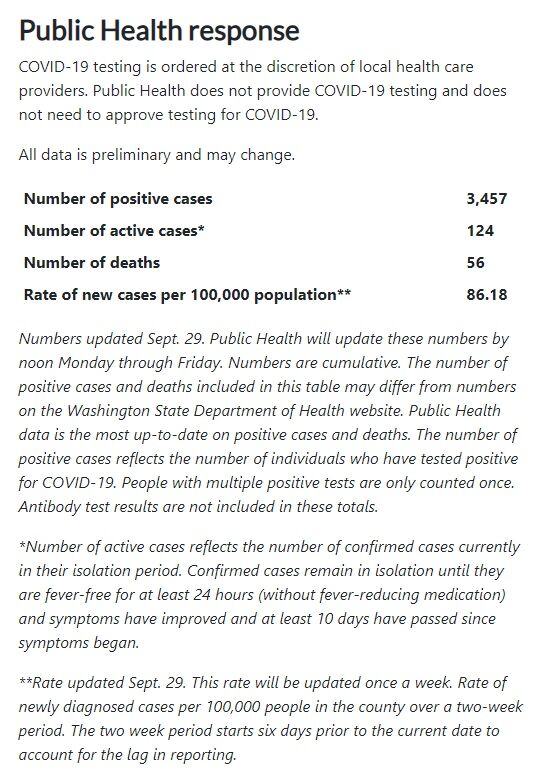 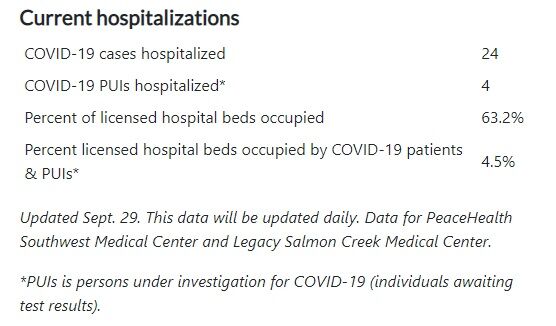 The latest data on confirmed cases of COVID-19 in Clark County show the greatest increase in the rate of new cases in September, following a trend of more new cases in weeks prior.

Clark County Public Health’s Sept. 29 update showed an additional 32 people test positive for COVID-19 that day, following up a weekend where on average 42 people were confirmed to have COVID between Saturday and Monday.

The new confirmed cases puts Clark County’s total at 3,457 since the outbreak began. There were 124 active cases in the county, Public Health reported, which were those cases still in the isolation period.

Public Health also reported an additional death of someone with confirmed COVID-19, a woman in her 80s with no underlying health conditions. That puts the total deaths in Clark County at 56.

The incidence of new cases of COVID-19 climbed significantly relative to past weeks, as now 86.18 cases per 100,000 population were reported in Clark County in the past 14 days. That’s an increase from 76.15 per 100,000 reported last week, or about 13 percent, and continues a trend of increasing incidence in the county that has continued through September.

The increase puts Clark County further in the high-risk range for the re-opening of in-person instruction in schools, which per statewide guidance is any recent case rate 75 per 100,000 or above. A high-risk county is advised to keep the vast majority of instruction remote.

There were 24 patients hospitalized with confirmed COVID-19 in Clark County, Public Health reported, with an additional four under investigation, awaiting test results.