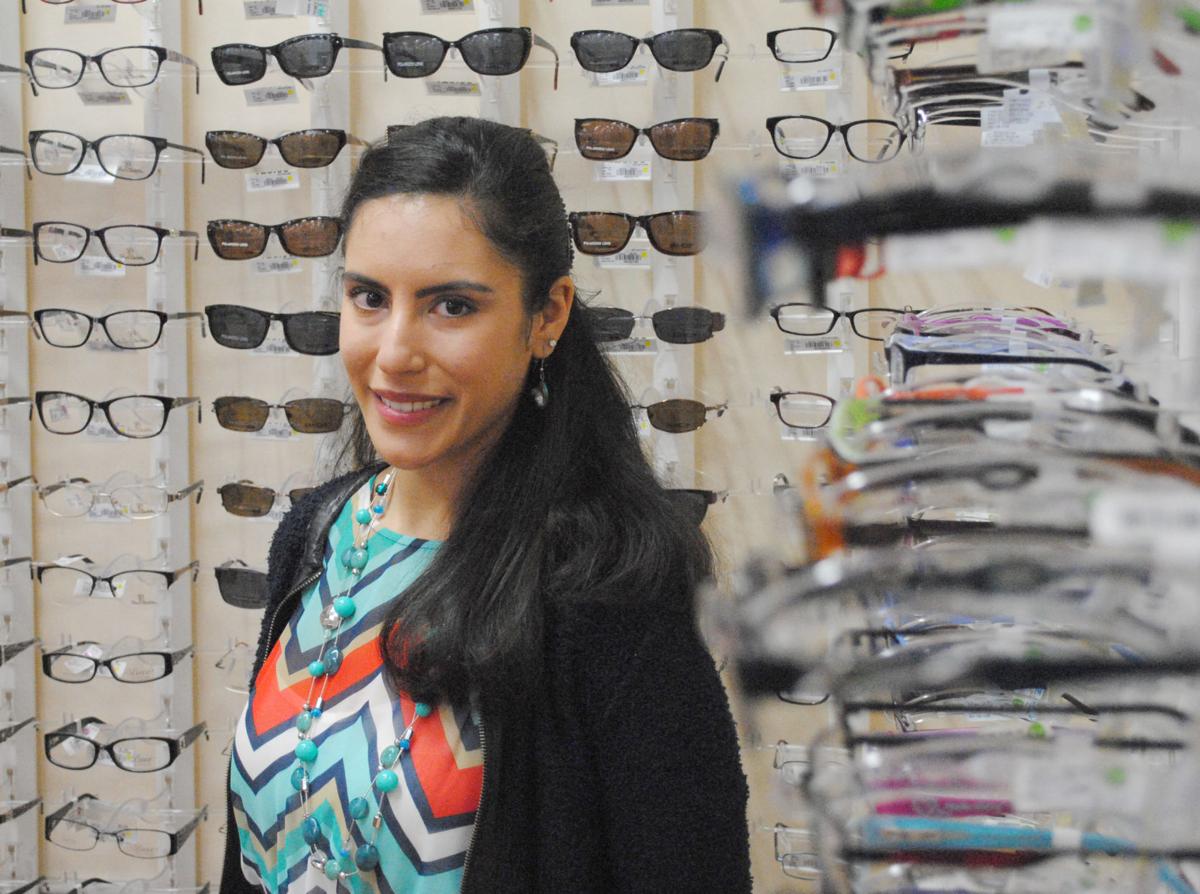 Crystal Edison, who graduated from Hockinson High School, is excited about having the opportunity to work in the community she grew up in. 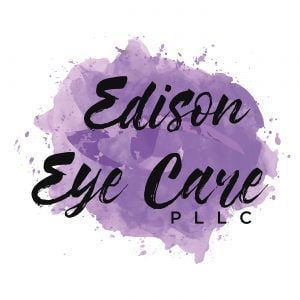 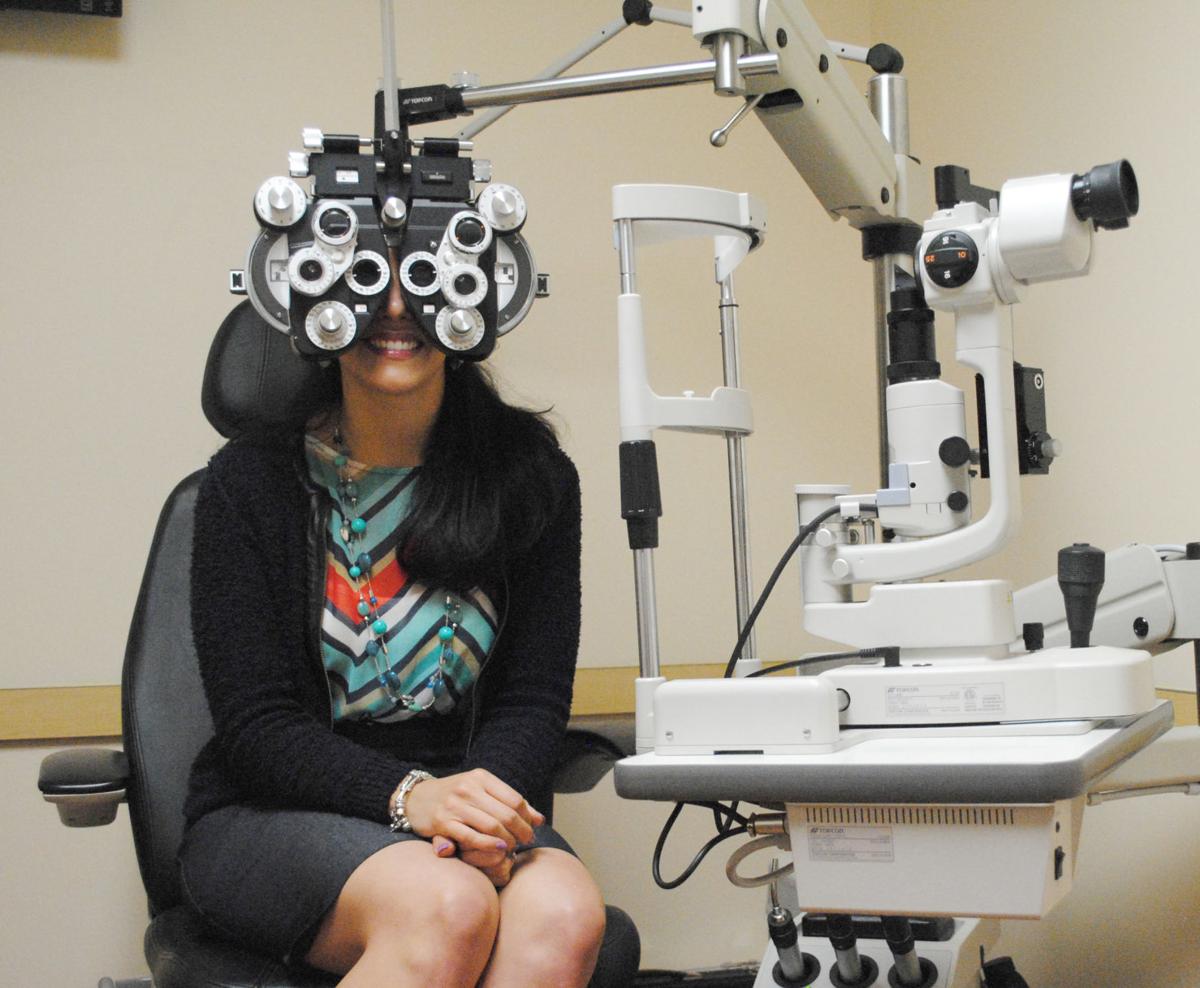 Because her business is just over two months old, Edison still wears multiple hats (and eye examination mechanisms when asked).

Crystal Edison, who graduated from Hockinson High School, is excited about having the opportunity to work in the community she grew up in.

Because her business is just over two months old, Edison still wears multiple hats (and eye examination mechanisms when asked).

When optometric physician Crystal Edison realized Battle Ground’s Walmart’s would have an open office space adjoined to its eyecare unit, she focused on the opportunity.

With the goal of bringing affordable eyecare to the community she grew up in, Edison acquired her business license and started Edison Eyecare, PLLC.

“I saw it as a great opportunity to get more involved in the community and offer affordable eyecare.” she said.

She graduated from Hockinson High School in 2007, earning her Associate of Arts degree through the running start program at Clark Community College at the same time. Edison then attended Washington State University Vancouver where she completed her undergraduate in biology, before earning her doctorate degree in Optometry at Pacific University, graduating in 2013.

Edison, who now lives in Vancouver, always knew she wanted to go into the medical field and after shadowing a few different doctors, settled on eye care. She was drawn to how interesting the field is becoming and how many options there are within it.

When Edison isn’t helping locals with their optical difficulties, she moonlights as a dance instructor, and is an avid dancer herself. She did color guard and dance team while attending Hockinson High School and now works as an instructor at Revolution Fitness.

Right now, Edison does it all — truly earning her title of entrepreneur.

She is currently the only employee, playing the part of receptionist and doctor all in one. It doesn’t seem to bother her though. She understands the sacrifices needed to start one’s own business and is happy have the opportunity to serve the community she grew up in.

Customers of Edison Eyecare have consistently increased in the short time Edison has had the office open. She now accepts five insurances and is working toward accepting more. She said she sees a lot of “self-pay” patients because she offers the most affordable eye care in the area.

Edison is pleased and encouraged by the reception she has received and said that she hopes to add more staff members and extend days and hours of operation.

Along with affordability, educating her patients is important to her. She said one of the reasons she has worked so hard to own her own practice is so that she can make eyecare education a priority. She doesn’t want to quickly shuffle people in, then back out with glasses. To her, it’s just as important to teach preventive measures as well.

One preventive method that Edison mentioned — a small but simple one she noted — is proper makeup removal. This is the biggest problem she sees lately, people coming in with really irritated eyes, which she said, in the case of women at least, is from makeup; or, the failure to wash makeup off before bed. To help remedy this, Edison has partnered with Dr. Tonya Gill, owner of We Love Eyes, to help advance natural makeup removers.

“Thoroughly washing off makeup is something that is a small step but helps so much.” Edison said.

Edison is hoping to see a lot of familiar and new faces in the near future, and encourages people, even if they don’t feel that their eyesight is all that bad, to get a checkup. Catching problems with vision early on can help prevent a variety of issues later on in life, she said.